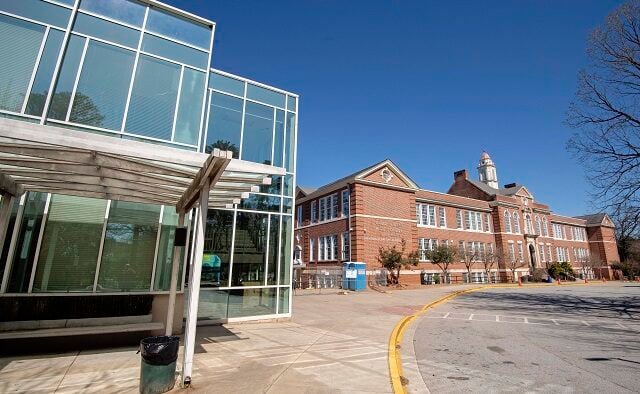 Atlanta, GA — DeKalb County Schools says, “non-flushable items” were responsible for a sewage back up that occurred at Druid Hills High this week.

On March 30, the school reported that a sewage backup caused disruptions at the high school. The incident followed the DeKalb Board of Education’s decision to remove a “modernization” of Druid Hills High School from a list of proposed school repair and renovation projects sent to the Georgia Department of Education.

Parents say the school is falling apart and in need of repair.

A spokesperson for the School District said, “DeKalb County School District (DCSD) operations personnel have been working to determine the cause of Wednesday’s flooding at Druid Hills High School. At this time, it appears to have been a result of wipes and other non-flushable items that clogged the sanitary sewer line and caused sewage to back up from the floor drain.”

The spokesperson said affected areas were “thoroughly cleaned, disinfected, and sanitized” on March 30.

“Additional staff worked late into the night to neutralize the odor as much as possible,” this spokespersons aid. “This morning (March 31), DCSD plumbers checked the area before the start of school to make sure the problem did not re-occur. It should be noted that school custodians are regularly trained to deal with situations like this. They follow well-established, industry-standard procedures and use commercial-grade products to complete their work. Those protocols were followed in this instance.”

In a letter to parents, Principal Mark Joyner said, “Operations has cleared us to reopen all restrooms on the 2nd and 3rd floors of the main building.”

Parents concerned about the condition of the school have begun meeting as the DHHS Red Devil Task Force. According to a planning document forwarded to Decaturish, they say the buildings have been “Frankensteined” together over the years, creating a number of security, health and safety issues at the school.

“When you average them, we’re the lowest of any high school,” said Ken Schroeder, chair of the Druid Hills Cluster Alliance, in a previous Decaturish story about the school. Schroeder said that the score was higher than it would otherwise be because of a science wing built in 2010, but that the other buildings individually received scores in the 50s.