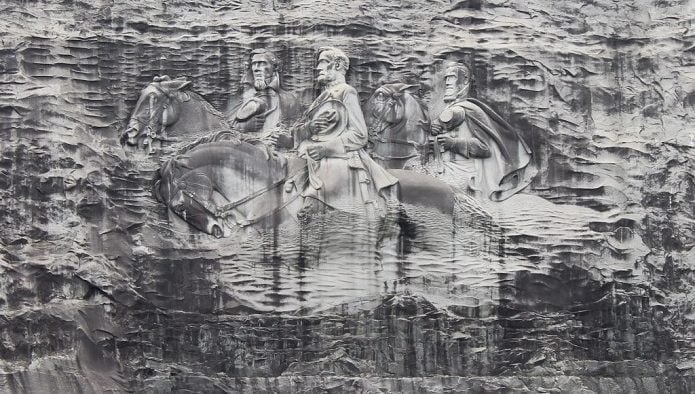 Stone Mountain, GA — The DeKalb NAACP is speaking out against the Stone Mountain Memorial Association’s decision to award a permit to the Sons of Confederate Veterans for a memorial service on April 30.

The Stone Mountain Memorial Association, which operates the park, says this is an annual request.

“The Sons of Confederate Veterans have made this request annually for decades to hold a memorial service in the park on or near Confederate Memorial Day,” SMMA told Tucker Observer. “In all candor, those services tend to be small and respectful.  This is of course a state park and the park does contain a Confederate memorial, as well as perhaps the world’s largest monument to the Confederacy.”

The DeKalb NAACP said the Stone Mountain Memorial Association is perpetuating a lie about the Civil War by allowing the event.

“The SMMA has been consistent in their perpetuation of past distortion of history with ‘The Lost Cause’ theory,” the DeKalb NAACP said in a press release. “A revisionist history that gained popularity in the 1890s, that recast the Confederacy’s defeat in a treasonous war for slavery as the real reason for the Civil War.”

NAACP President Lance Hammonds said the permit should be revoked.

“We believe that Stone Mountain Park will never be a symbol of unity in Georgia until the Stone Mountain Memorial Association is prepared to tell the whole truth about the Civil War,” Hammonds said.

He added that, “Germany does not allow the Nazi celebrations in that country because of the remembrance of the racial terror. We need to work against this celebration to allow the racial healing in this country to take place.”

The SMMA said media coverage of the event before prior events brought out demonstrators and counter-demonstrators.

“It is in essence pre-event news coverage of this event in prior years (before the pandemic and prior to the summer of racial justice police protests) with the resulting SCV members, protesters, and counter-protesters threatening one another, which began to create the clear and present danger situation, and that is still of concern to all of us. Social media also plays a significant role in fanning those flames…on both sides,” the SMMA said. “COVID-19 was also an issue last year.”

“As we continue to move back towards a new normal, we will begin to receive more requests for gatherings and parades from all quarters, and unless law enforcement intelligence issues us a warning of potential violence or a ‘clear and present danger,’ then we will err towards maintaining an open and welcoming environment,” the SMMA said. “The SCV is planning a brief morning service on Saturday, April 30th, on the lawn in front of the carving. Their service duration will likely be less than a couple of hours.  We are clear that the Stone Mountain Action Coalition, NAACP, and other entities would prefer any and all recognition of the Confederacy be removed from the park, but we will continue to follow state law as well as honor the First Amendment rights of all Georgians. During the Deal Administration, the state did end official recognition of the holiday. Green spaces should be about peace, tranquility, and celebration of life. That goes on almost every day in Stone Mountain Park and gains almost no attention.”