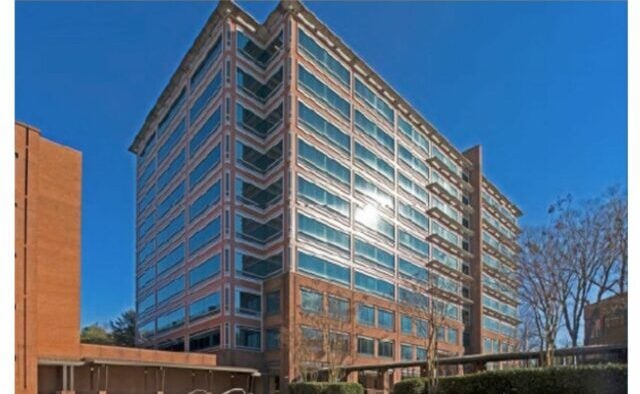 2245 and 2247 Northlake Parkway in Tucker are set to be converted to townhomes and apartments respectively. Photo courtesy of SDM Partners.
Share

According to an Axios article, former office buildings make up 41% of the apartment conversion market, which also includes old hotels, warehouses, factories and even hospitals.

On Northlake Parkway in Tucker, multiple properties are being considered for adaptive reuse.

Tucker Exchange, located at 2059 Northlake Parkway, is one of those properties. Developer AHS Residential is in the approval process with the city of Tucker to build out 500 units using an existing office building, and adding three more on site.

The Tucker City Council will hear from AHS on April 11.

A third property, 2245 Northlake Parkway, was approved for a rehabilitation in 2021. The property will be demolished and replaced by 80 townhomes, starting in May or June. The building behind it at 2247 Northlake Parkway is now under consideration.

Real estate investor Steve Martin of SDM Partners bought 2247 Northlake, the former home to YellowPages/AT&T, in 2017 for $41 million. He saw potential in both commercial and residential leasing. With 10 floors of office space, a large parking deck and sweeping views of the Atlanta skyline, Martin had intended to keep 2247 Northlake as commercial space.

Then COVID-19 hit, the Atlanta commercial office space market tanked, Martin was stuck with a near-empty building, and he was losing capital. Something had to shift.

“I buy office buildings,” Martin said. “I’m in the office business. When the facts change, I change what I need to do. The demand side of office right now is a challenge.”

At a public participation meeting on March 30, Martin said he is applying for another Special Land Use Permit (SLUP) to increase density per acre. The plan is to reuse the current structure to build 216 one- and two-bedroom apartments. The building footprint will not change.

An existing parking deck means no need for street-level parking, and guest parking for the 80 townhomes will be moved into the deck to free up space for a swimming pool. Tucker’s new trail system will run in front of the property, paid for by the developer.

Under current zoning rules, the developer could build 148 multifamily units as a matter of right. Instead, Martin is filing a SLUP with Tucker to up the total to 216 units.

“The office demand side and the prospects of leasing up this building anytime soon is not encouraging. Over four and half years, we have had one real bite at the apple and that was Emory, and they chose to go over there [to Northlake Mall],” said Martin at the public participation meeting.

People have shifted largely to both working from home and at the office, making popular a flexible office model in Atlanta in which employees share a desk, an office or an open seating room. Corporate America doesn’t have a plan yet for excess office space, Martin said.

“On a macro level, across the country, there are a lot of what I would refer to as B and C-level office buildings that are land encumbered by a building. You’re going to see a number of older, obsolete office buildings torn down and something else done there,” Martin said.

Adaptive reuse is good for developers and the environment.

Hank Farmer, managing partner of Third and Urban Farmer, has been involved with award-winning projects like Ponce City Market and White Provision. Martin brought on Third and Urban to develop his Northlake project.

Farmer said “taking this from a vacant office building that’s somewhat of a drag on the overall office market in Tucker, and adaptively reusing it to change the use to make it a healthy apartment building, from my perspective, is good for the office submarket and good for the multifamily submarket.”

But residents complained about the increase of traffic and density and the lack of affordability.

“Let’s figure out how we can meet each other halfway. Let’s negotiate something so that you’ll be happy and you make your profit the way you want to and we will be happy,” said Beverly Williams, a Northlake resident.

Tucker Exchange, 2059 Northlake Parkway, will be before the Tucker City Council on April 11 for a second read of their application for a SLUP. As for the project at 2247 Northlake Parkway, after the developer completes an application, the city will schedule a meeting with the Planning Commission.