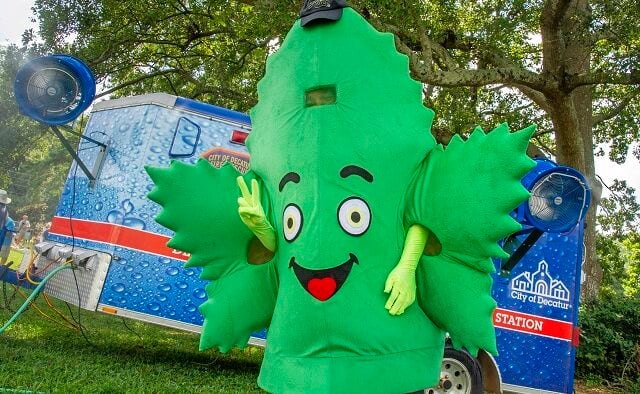 Sid Johnson, the new chair, is a faculty member at the University of Georgia’s Carl Vinson Institute of Government. He starts today, April 18.

“I want to thank Dr. Christopher Edwards for his dedicated service at the helm of the commission,” said Governor Brian Kemp. “He helped institute many policies and procedures that will allow the commission to continue its critically important work, and we wish him well as he continues his distinguished medical career.”

“I’m looking forward to the insight that Sid Johnson will bring to the commission with his valued experience as a public service faculty member at the University of Georgia’s Carl Vinson Institute of Government, Commissioner of the Georgia Department of Administrative Services, and in his many advisory roles to the state. He has a keen understanding of how local, state, and federal policies interact and impact citizens, and with his wealth of experience he will assuredly be successful in navigating the commission’s mission in the years to come.”’

In his announcement, Kemp said he is directing $150,000 from the Governor’s Emergency Fund to the Georgia Access to Medical Cannabis Commission to expedite protest hearings at the Office of State Administrative Hearings.

This year, the Legislature considered legislation that would move things forward to allow businesses in Georgia to grow and sell cannabis to patients, according to the Atlanta Journal Constitution. But the legislation did not pass.

“The legislation sought to award production licenses to six companies by June 7, giving over 22,000 patients a way to obtain a medicine they’ve been allowed to consume since 2015,” the AJC reported. “But the Senate tabled the bill on a 28-27 vote, and it never resurfaced before this year’s legislative session ended shortly after midnight. The legislation had previously passed the House.”

According to the announcement from Kemp’s office, Sid Johnson is a public service faculty member at the University of Georgia’s Carl Vinson Institute of Government. Sid promotes the university’s public service mission through consulting and leadership development for the state and local government agencies.

Prior to joining the Institute of Government, Sid served a variety of leadership roles in state government, including Commissioner of the Georgia Department of Administrative Services, where he provided leadership to the state’s procurement, human resources, risk management, fleet management, and surplus property functions and served as an ex-officio member of the Employee Retirement System Board of Trustees and Executive Secretary of the State Personnel Board and Employee Benefit Council. He also served as Director of Stimulus Accountability and Director of Implementation for the Commission for a New Georgia.

In addition, to public service, Sid has worked in the investment banking division of the Trust Company Bank and was a Partner and General Manager of The Leadership Center, an executive education company in Atlanta.

Sid has an undergraduate degree in Business Administration from the University of Tennessee and a master’s degree in Public Administration from the University of Pennsylvania. Sid and his wife, Leslie, live in Forsyth County. They are members of Parkway Presbyterian Church and serve on the Young Life committee in Forsyth County. They have two adult children.