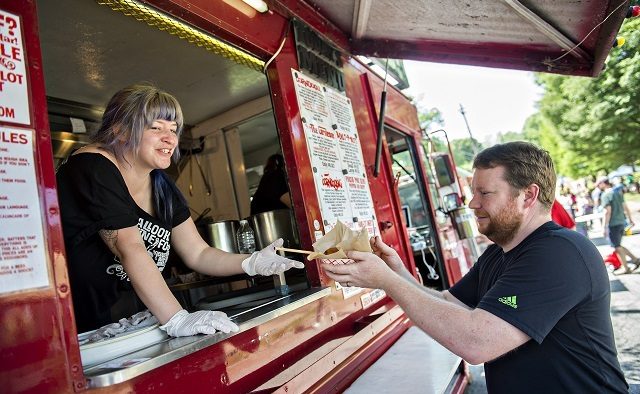 Atlanta, GA — Spring Fling is KNO’s largest yearly event and will be held on May 14 this year. Chair Andrew Feury reported that the preparations for Spring Fling were in full swing.

The deadline for the Artist Market and Sponsors is April 15.

“That’s a pretty hard deadline [for sponsors] because we have to turn it around in order to print posters,” said Feury. The next price increase to enter the 5k race will be May 4.

Receipt of an alcohol permit from the City of Atlanta for the event has been delayed, but William Patrick from Atlanta City Council member Liliana Bakhtiari’s office said that he expected that the permit would be issued within a couple of days.

– KNO president Megan Owens offered the treasurer’s report, saying that the influx of revenue and expenditures were normal as Spring Fling approaches, and that the organization usually tries to keep twice as much money available than they need to pay for the event.

“We have healthy bank accounts even as things flow in and out,” said Owens.

Before the COVID-19 pandemic, APS had planned to expand and renovate Toomer Elementary. When enrollment numbers dropped due to the pandemic, APS announced that they were going to renovate but not expand.

“That represented a pretty significant disinvestment in our neighborhood,” said Cross, and added that due to public response APS agreed to have a meeting at Toomer which was well attended. “They heard our feelings loud and clear.” APS did not give a definitive response at the meeting.

– Kirkwood Urban Forest is featured in an article titled “6 of the Best Urban Hikes” in RCI Magazine.

– Environmental Committee Chair Earl Williamson announced that there will be Earth Day projects on April 23 at Gilliam Park, Branham Park, and Coan Forest.

– The Zoning Committee reported that an Urban Design Commission hearing for a new multi-family structure at Pratt Pullman will be held on April 13 at 4 p.m. The meeting is held on the second floor of the Atlanta City Hall annex downtown at 55 Trinity Avenue. To see the agenda, click here.