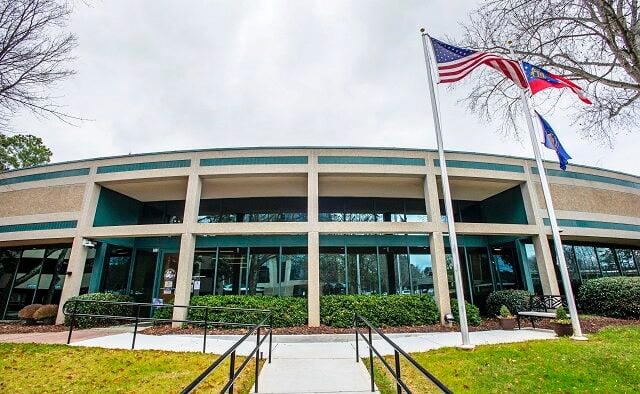 Tucker, GA — It was a packed agenda at the Tucker City Council meeting on April 11, starting with a two-hour executive session regarding personnel. No votes were taken afterward.

Finance Director Beverly Ragland said the projected Fiscal Year 23 budget is $17.2 million. The city’s fiscal year runs July 1-June 30. The finance department has scheduled budget workshops on April 25 and May 2, followed by a first read of the budget on May 23 and a second read on June 13. A draft of the FY23 budget is available at city hall and electronically.

City Engineer Ken Hildebrandt presented updates on the ongoing road, sidewalk and trail projects. Marta bus stop improvements are stalled due to supply chain issues. The project is halfway done, and the remaining Simme-Seats, benches and shelters are being installed.

Sidewalks on Church Street and Tucker Industrial are “substantially complete,” said Hildebrandt. A contract is underway for Brockett Road and Montreal Road sidewalks. Photos show work is still in progress, but nearing completion.

Two miles of the 4-lane road will be turned into a 2-lane road with pedestrian-activated signals at crosswalks, median strips with turning lanes and bike lanes.

“This project is not designed to ease traffic,” said Mayor Frank Auman about the Chamblee Tucker Road diet. “This is primarily a safety project.”

Other projects that have started include the $4 million resurfacing project, which is running on time and slightly under budget, the downtown segment 1A of Tucker Trail and a project to reconfigure four locations to ease truck access. Henderson Road project is stalled, awaiting a new design and approval from DeKalb County.

“Currently we have over $8.5 million under contract, which is substantial for a city our size,” said Hildebrandt.

In development news, AHS Residential’s application to build at Tucker Exchange was deferred with a 6-1 vote to the May 9 City Council meeting. The city-initiated zoning at 1220 and 1250 Richardson Road was deferred for six months while the property owner completes the Land Disturbance Permit process with DeKalb County and other agencies.

Parks and Recreation Director Rip Roberts presented a plan to renovate the bathroom at Fitzgerald Field. A contract for JOC Contracting to complete the work for $90, 814 was approved with a 7-0 vote.

Mayor Auman appointed three members to the Construction Board of Appeals: Jason Burton, Charles Logan and Jo Becker. The board meets on an as-needed basis to hear appeals of decisions and interpretations of the building official and consider variances from the technical codes. Burton is also a member of the Zoning Board of Appeals. City Council voted unanimously to accept the nominations.