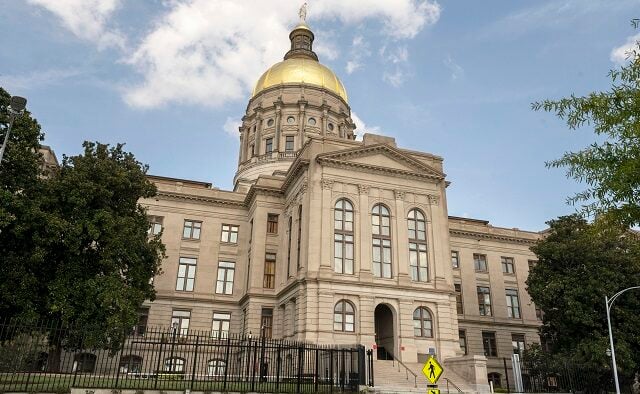 The Legislature passed a few bills related to voting and elections. One bill that passed was Senate Bill 441, which gives the Georgia Bureau of investigation the authority to investigate claims of election fraud.

“Under this particular bill, the governor can call upon the GBI and ask for that investigation,” Nguyen said. “When we think about the impact of that, the most important thing to remember is the separation of power and how important it is that the GBI does not become an arm of the governor.”

Some other election bills that were introduced in the House of Representatives involved the chain of custody for ballot paper, and another would have allowed public inspection of ballots before certification. These bills did not pass the legislature.

“Those two were separate bills that got rolled into a larger bill,” Nguyen said.

Some challenges and concerns related to those bills that were raised included feelings that election workers are still trying to figure out how to follow the provisions of Senate Bill 202. Nguyen added that while the chain of custody bill didn’t pass, it did galvanize local election boards across the state to speak and say that these measures would have crippled their jobs.

“One of the other provisions within the scope of that bill was this requirement to have a poll monitor at every single polling precinct when the polling precinct was closing down from each party,” Nguyen said. “That was actually struck out pretty early on because there was bipartisan consensus that one, it would be practically impossible to execute and two, what were the terms and conditions if a poll monitor didn’t show up.”

Throughout the session, the General Assembly also took up the Georgia Constitutional Carry Act, which Gov. Brian Kemp signed into law on April 12. The bill allows Georgians to carry concealed handguns without first getting a license from the state, according to the Atlanta Journal-Constitution.

“In Georgia, if you are buying from a licensed gun dealer, you get a background check. We do not have uniform background checks. There are gun shows and private sales that are not required to have background checks already,” Parent said. “But if one wanted to carry a concealed weapon in public, to do so legally you had to get a weapon’s carry license and at that point there would also be a background check. That is the provision that is now eliminated in the law.”

Another gun bill that passed is the weapons reciprocity provision. House Bill 218 allows any person who has a license in another state to have one in Georgia without having to satisfy any of the state’s requirements or regulations.

Education was also a hot topic during the legislative session with several bills passing, including HB 1084, which not only bans certain divisive concepts from being taught in schools, but also creates an executive oversight committee that could prohibit transgender girl students from participating in girl’s sports.

State Rep. Will Wade (R-Dawsonville) brought the bill forward in the House of Representatives on the last day of the legislative session. During his presentation, he noted that the amendment creates an oversight committee, but did not mention that the 10-member committee’s responsibility includes determining whether “it is necessary and appropriate to prohibit students whose gender is male from participating in athletic events that are designated for students whose gender is female.”

The legislation, HB 1084, passed the House adopted its amendment with a 99-69 vote and agreed to the Senate substitute with a 98-71 vote.

“What’s challenging about all of these [education] bills is if you look at the bill, and you read the bill, it’s confusing. The interpretation is different for everybody,” Nguyen said.

For example, in HB 1084 one definition of a divisive concept is that “an individual, solely by virtue of his or her race, bears individual responsibility for actions committed in the past by other individuals of the same race.”

“They’re talking about you can’t hold a student responsible, which everyone agrees with. We’re not here to hold students responsible,” Nguyen said. “But there was a clause right next to it that says you cannot lay blame on a group of people based on gender or race. It’s this idea that when we are talking about slavery would it be appropriate and acceptable under this law to say that Black Americans were enslaved by white Americans. Can a teacher actually say that or will they be reported?”

Other education bills that passed this session include:

– SB 226 requires school districts to provide a process for removing books and other content that parents allege are harmful to minors. Nguyen said the biggest issue with this bill is the disagreement on the meaning of “obscene.”

– The Unmask Georgia Students Act, which requires local school districts to give parents the option to opt their children out of a mask mandate.

– A ban on local and state governments from requiring proof of vaccination to use services and access government facilities through June 2023.

But the biggest win of the legislative session, according to Parent, was the passage of the Mental Health Parity Act, which overhauls the state’s mental health care system.

The first part of the bill ensures that the state is enforcing its parity law regarding mental health treatment and requires insurance companies to cover mental health services no more restrictively than they cover medical conditions, like heart conditions or diabetes, according to the Georgia Mental Health Consumer Network.

“That is a great step forward for Georgia,” Parent said. “We passed a bill that allows for community service boards to start setting up these co-responder mental health models, so kind of the notion of when law enforcement’s being called but what really is being dealt with is a mental health breakdown.”