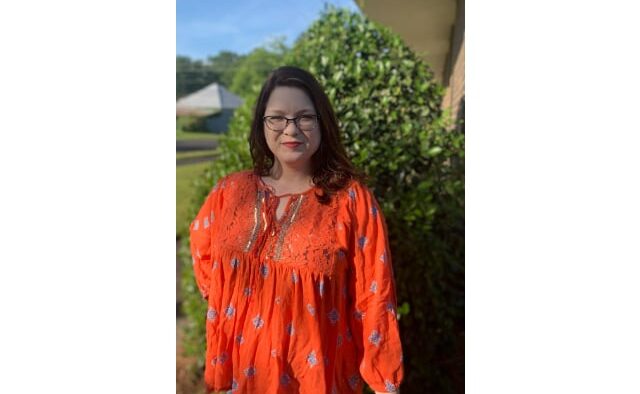 Since the last such party, back in 2019, the DDA has completed a comprehensive master plan for the downtown area.

Jelani Linder, chair of the DDA, described the plan as a “guiding light” and a “vision board” for the city.

But the master plan can only go so far without action from the city council and administration, said Linder, who holds a master’s degree in urban planning.

“You have to get everyone in alignment,” Linder said. “Our hope is elected officials buy in.”

“There are some things that just require city [council] approval….they have to be willing to participate in our community to actually improve things,” DDA member Thom DeLoach said. “I would reach out over and over, more frequently than you might even think is necessary, just to make sure they [city councilmembers] know what you want to see.”

Linder cited Chamblee as a model. The city is “killing it,” Linder said, because the city spent the money to make their master plan a reality.

“They did it through zoning and infrastructure improvements,” and then “developers came in and brought [the vision] to life,” Linder said.

Linder is optimistic about Stone Mountain’s prospects. He said that the city is just as “cool” as other metro downtowns like Decatur, Chamblee, and Norcross, touting the street grid and location as key assets.

Linder pointed out that the city is the only place between Lithonia and Decatur where people can access fine dining. He thinks the town’s location helps explain the success of Cherokee Rose, a modern barbecue restaurant and bar in a historic building on Main Street.

“It’s just that nobody has given us a pass to say we’re cool,” said Linder of Stone Mountain, though he’s sure that day is coming soon.

DDA director Kayla Johnson explained that her organization has ambitious plans for the next five years.

The DDA plans to rebrand the village. It will update the city logo, add new wayfinding signs downtown, and build a gateway arch over the entrance so visitors from Stone Mountain Park realize that “we have a jewel [the city] within Stone Mountain.”

Stillwell’s Emporium used the façade grant to upgrade the front of its store, Johnson noted.

Johnson highlighted three properties for sale or lease in the historic downtown area:

– 5379 East Mountain Street, also known as the “Old Post Office,” which has been renovated and is for sale.

The DDA and the city of Stone Mountain also applied for a $1.5 million grant from the State Railroad Transportation Authority.

The funds would pay for crosswalk improvements and an “informal gathering space”  at Mimosa Drive and Main Street, near Weeyums Philly Style restaurant.

Johnson expects the DDA to find out whether it will be awarded the grant within the next few weeks.

Several business owners in the audience described the need for improved parking and signage in the downtown area.

The DDA is made up of seven members who apply to join. Each member serves a four-year term.

Michelle Dunbar decided to join the DDA because, “I got tired of seeing properties closing….and not seeing any kind of progress.” Dunbar is the co-owner of Aztec Cycles on Main Street.

Dunbar decided to apply because she was excited by the energy of DDA members like Linder and vice-chair Chakira Johnson, who is the city council’s representative on the authority.

The DDA currently has one opening. Membership is by application.

“A lot of people don’t understand that it’s a task being on the DDA,” Mayor Beverly Jones said. “People have stuck with it for years and I’m so proud of them.”