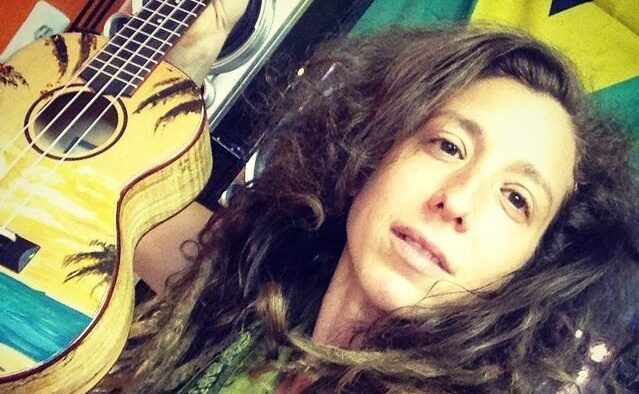 Aviva of Aviva and the Flying Penguins is a legalization activist and wrote a song called Cannabis Car. They are local to Decatur. Photo provided to Decaturish.
Share

Decatur, Ga. — Aviva Vuvuzela and her band The Flying Penguins have been part of the Atlanta music scene and involved in local hemp and cannabis activism for over a decade.

The Decatur-based musician released “Cannabis Car,” a song about Henry Ford’s “hemp car” design and the possibilities of making biofuel from hemp, in 2012.

Vuvuzela represented the Georgia Hemp Economic Revival Organization (HERO) in a hearing about House Bill 1400, held by the Regulated Industries Committee in the Georgia legislature on March 1, 2022. The bill would expand the state’s medical marijuana program and resolve disputes that have stalled the program in Georgia, according to the Atlanta Journal Constitution.

As part of her testimony, she played her ukulele and sang about the foolishness of trying to keep industrial hemp and medical cannabis separate.

Vuvuzela’s position is that they can’t be easily separated because attempts to breed cannabis for both higher and lower levels of THC are resisted by the plant as it adapts to different growing conditions.

Her preferred solution is to allow growers to process the plant for different purposes without the confusion and roadblocks created by attempts to differentiate between “hemp” and “cannabis” legally.

“The problem is that hemp is legal federally while cannabis is illegal…but they’re the same plant,” said Vuvuzela.

“When I wrote ‘Cannabis Car,’ it wasn’t about smoking it, it was about everything else,” she said. She thinks avoiding fights over recreational use by focusing on industrial use has drawbacks.

“My preference would be to remove it from the controlled substances list so that we can just grow it like tomatoes. Like broccoli,” said Vuvuzela. “Obviously, people still see it as dangerous, so they’ve been legalizing it slowly.”

She acknowledges that the black market for recreational cannabis is dangerous, but feels that the solution is to make it easier for people to access individually and legally.

Vuvuzela also thinks that licensing fees create an economic barrier for industrial hemp uses on a small scale. Currently, a license to grow hemp is $50 per acre up to $5,000, but a license to process hemp starts at $25,000 and requires a renewal each year for $10,000.

Most of the lobbying interest naturally comes from businesses seeking to grow and process hemp on a large scale, but Vuvuzela would like to see room in the law for small farmers who could grow hemp and process it for soap and other smaller scale products, including boutique CBD oil and similar uses.

Vuvuzela also sees a value in the slower, smaller scale, traditional ways of doing things because the group effort required is often interwoven with traditional music and storytelling that otherwise gets lost.

“Key of You,” Vuvuzela’s follow up to her 2012 album “Painted Truth,” is currently stuck in production purgatory after the studio she was working with closed. Meanwhile, she recorded a children’s album called “Scribbles Soup” and a digital album of hemp activism songs called “Raw Hemp Jelly.”

She wants to someday produce a video of her song “Hemp Revival” from “Key of You” with clips of people dancing and hemp plants growing all over the world, a daydream project that she estimates would cost at least $100,000. Meanwhile, she is focusing on getting studio time to finish production on the album.

“Hemp Revival” represents her vision of not just legalizing cannabis but restoring its former status as an ordinary part of life, and she feels that perhaps the right moment for its release is yet to come. Vuvuzela says, “I keep praying to God, and it’s just like…it’s not time yet. It’s not hemp revival time yet.”

Aviva Vuvuzela’s music, performances, and other projects can be found at www.avivamusic.com