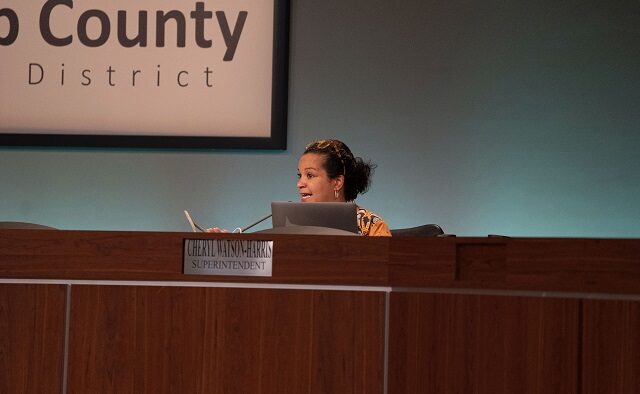 DeKalb County, GA — The 100 Black Men of DeKalb County organization on May 16 publicly called for the DeKalb School Board to reconsider its decision to fire former superintendent Cheryl Watson-Harris.

The statement was shared with DeKalb County Commissioners, the CEO, the State Superintendent, Governor and Lt. Governor.

“100 BMOD encourages the board to reconsider its decision as it relates to the superintendent and seek outside assistance to repair the breach in relations between the school board members and the superintendent for a healthy and more productive policymaking apparatus to serve the students of DeKalb County,” the organization’s resolution says. “The DeKalb County 100 Black Men of America Chapter stands ready to assist with any and all resources, including mediation and/or arbitration services, to assist the district get past the present dilemma.”

The DeKalb County Board of Education unexpectedly fired Watson-Harrison April 26. The reasons for firing her have never been entirely clear.

The DeKalb County Board of Education’s attorneys earlier this year hired a private firm to investigate allegations of sketchy promotions in the district and questionable use of federal coronavirus relief money on employee bonuses. That investigation ultimately cleared Watson-Harris. The district also has been facing a public controversy involving Druid Hills High. The school board in February removed Druid Hills modernization from a list of projects. Following that, students at the high school produced the infamous video. That got the attention of the Georgia Department of Education, and resulted in a visit by the GA DOE’s facilities team. The school board in April again declined to reconsider the modernization project, opting instead for a plan that board members claimed would address repairs district-wide. Following that meeting, state Superintendent Richard Woods sent a scathing letter about conditions at the school, saying recent repairs were mostly cosmetic. The school board responded the next day by putting most of the blame on then-superintendent Watson-Harris. Later that day, the school board fired her.

To date, the DeKalb County School Board has shown no signs of reconsidering its decision, and at its April 29 meeting voted to approve a contract for interim Superintendent Dr. Vasanne Tinsley.

Here is the full resolution: