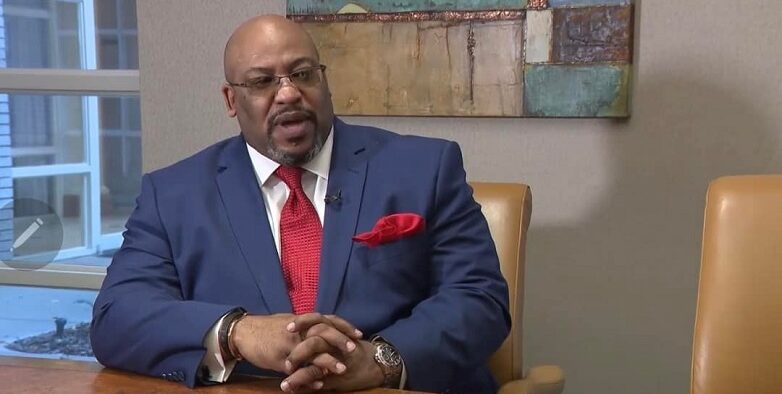 DeKalb, GA — Former DeKalb County Schools superintendent Cheryl Watson-Harris has hired an attorney and a lawsuit against the district is likely, the attorney says.

The DeKalb County School Board fired Watson-Harris on April 26 and hasn’t publicly disclosed why.

Rucker believes his client has suffered injuries to her reputation because of the actions of the DeKalb County Board of Education, and he thinks he’d win if a lawsuit against the school board went to court.”We are still meeting and compiling lots of information that, we think, will be germane to the filing of a lawsuit,” Rucker said. “I think the expectation is we will file a lawsuit, and we will be looking closely at issues relating to many of the suspicious releases of documents and information to the public. We’re going to be looking at public statements that were made by particular officials in the county, and we’re going to make an assessment very quickly, I think Cheryl will make a public statement in the very near future.”

Rucker didn’t cite any specific statements by a school board member, but there is a recent and notable example of a board member bashing her in a public meeting.

At an April 29 meeting to approve a contract for the interim superintendent, board member Dr. Joyce Morley went on a lengthy tirade accusing Watson-Harris of not taking threats against Morley seriously, blaming her for low teacher morale and saying Watson-Harris wasn’t qualified to do the job.

“She wasn’t qualified, she was never qualified,” said Morley, asserting that Watson-Harris had never been an administrator and had only been an elementary and middle school principal.

According to her LinkedIn profile and the DCSD website, before coming to work as Superintendent of the DeKalb County School District, Watson-Harris served as First Deputy Chancellor of the New York City Department of Education, the largest school district in the country with an enrollment of 976,771 in 2017. Before that, she served as Senior Executive Director of Field Support and Brooklyn Executive Borough Director in the same school system. In 2019 she received a New York Academy of Public Education President’s Award. In addition to her recent EdD from New York University, Watson-Harris holds a Bachelor of Science in Education from Marymount College and a Masters of Education from Harvard University.

“I think there are a couple of board members that have said some things that have been very, very negative and false,” Rucker said. “Certainly, the climate we’re in, you have to be careful about what you say.”

He’s also concerned about the recent release of a confidential performance evaluation of Watson-Harris. He said only a handful of people had access to that report, including the board members themselves and the superintendent. Under state law, government agencies can withhold confidential evaluations of public employees.

Rucker called the release of the report “terrible.”

“I think it was borderline criminal,” Rucker said. “You know, the employment contract between the board and the superintendent designates that these kinds of progressive reports are to remain in-house so that everybody can do their jobs most effectively without the public getting the wrong idea.”

Rucker said he was most perplexed by the “venom” directed toward his client by members of the school board. Watson-Harris not from DeKalb County and moved here from New York.

“Cheryl is not like a long-standing DeKalb County political person that may have had a history of conflicts with folks politically,” Rucker said. “That’s not who she is, and I’m trying to figure out: the venom, where does it come from? But I promise you by the time we get to the end, we’re going to figure it out.”

He said he doesn’t think his client knows whether she wants to get her job back.

“I think she loves DeKalb County. She moved her family here from New York,” Rucker said. “I don’t think they want to leave, but I don’t think she can work there under the present conditions.”

He said the goals of any litigation would be to “correct the record” about Watson-Harris’ time as superintendent and hold people accountable for thwarting Watson-Harris’ attempts to do her job.

“I think she has suffered a loss of income and damage to her potential to earn future income because of the statements [made by board members],” Rucker said. “We’re going to be exploring all those things and there’s a collateral impact because emotionally, Cheryl was really trying to do what was best for the kids. These attacks have impacted her in a personal way, I think she should be compensated for that. We hope to have something filed very, very soon, I expect she will be making a formal statement.”

Decaturish asked if Watson-Harris would accept a settlement from the school board.

“I’m not even concerned about a settlement,” Rucker said. “I wouldn’t mind bringing it to a jury in DeKalb County and letting the citizens become fully aware of what the board is doing and what it has done. … If we put it all on the table, Cheryl will come out on top. They can hire four law firms to defend them and their actions. It wouldn’t matter to me one bit. We’ll take them all on. She will come out with her name vindicated and hopefully receive some compensation from the county that will allow her to restore herself back to where she should have been.”

A trial could offer the public a glimpse of how the current school board operates, he said.

“We’re looking forward to being able to tell her side of the story,” Rucker said. “I think the public is going to be shocked by some of the things that were done to her by the board.”

Decaturish attempted to reach Watson-Harris yesterday for a comment about the leaded performance evaluation. Watson-Harris wasn’t ready to talk about it.

“I’m just exhausted from all of this,” she said in a text message.