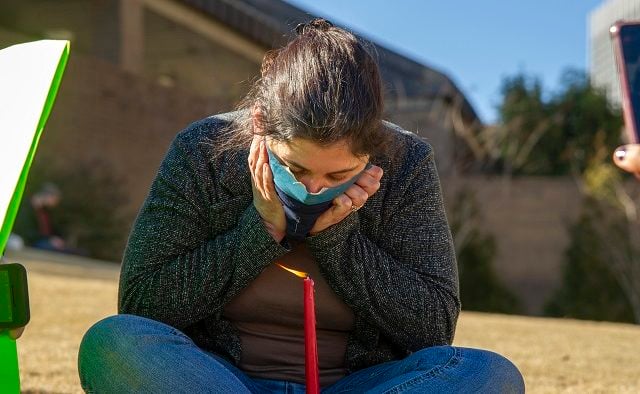 Decatur, GA — COVID-19 cases are on the rise in City Schools of Decatur, and the district is asking staff and students to wear masks while in the schools.

“As we can see, COVID is a disease we will continue to live with and as we see spikes in our community, we must continue to adjust our mitigation strategies accordingly. As many of you are aware, we have seen a rise in cases at our schools over the past two weeks. In light of this, CSD is asking all staff and students to wear masks while in our schools,” Superintendent Maggie Fehrman said in an email sent to parents and staff on May 4.

The district, however, is not mandating masks as Gov. Brian Kemp signed the Unmask Georgia Students Act, which requires schools districts to allow parents to opt their child out of a mask mandate.

“I will not be reinstituting a mask mandate for CSD, but strongly encourage all staff and students to wear masks to protect themselves and others as we finish the last few weeks of the school year,” Fehrman said.

City Schools of Decatur reported 56 cases during the week of April 25-29. All but one school reported at least one positive case. Here is the breakdown of the number of cases:

“As mentioned previously, while there has been a recent uptick in the number of cases in our community over the past few weeks, the impact of COVID-19 remains relatively low with respect to severe illness and hospitalization,” Fehrman said. “We recognize that quarantine and class closures have posed significant challenges for students, families, and educators.”

CSD wants to partner with parents to keep students in school and have minimal disruptions due to COVID-19.

“Please help us by reporting cases as soon as possible, keeping students that are not feeling well at home, wearing masks, and limiting exposure outside of school,” Fehrman said. “By partnering together to keep kids healthy and in school, our students can participate in the much-anticipated fun end-of-year activities and finish the school year strong.”

The district reported the highest number of cases of the second semester during the week of Jan. 10-14, in which there were 64 positive COVID-19 cases reported, 144 students were quarantined, and one staff member was quarantined. A total of 209 individuals tested positive or were quarantined.

Cases trended down following that week, with cases in the single-digits in February and March. CSD reported zero cases for the week of March 21-25.

COVID-19 cases were on the rise in Georgia as well, but are trending down.

As of April 27, the state of Georgia has recorded 1.9 million confirmed cases, 31,547 confirmed deaths, 111,998 hospitalizations. There are 15,907 ICU admissions, 564,933 antigen positive cases and 6,259 probable deaths. Since the last report, there were 4,452 confirmed cases, according to the Georgia Department of Public Health.

The state of Georgia has administered about 14.8 million vaccines as of April 27. According to the state, 56% of Georgia residents are fully vaccinated.

The city of Decatur fully reopened City Hall and city buildings on May 2. The city first announced on April 13 it was lifting more COVID-19 restrictions and reopening all buildings. The city has not announced any plans of adjusting its COVID-19 mitigation strategies since reopening on Monday.

Masks are no longer required, but are strongly encouraged during indoor group settings. Social distancing will also be encouraged using signage and floor markers. The city will continue to clean and sanitize heavily used spaces. City commission and other board meetings will continue to be held in person and through virtual platforms, if available.

The city does encourage those who are feeling sick or unwell to stay home.

“We are hopeful that Covid-19 cases will continue to decline; however, in the event that circumstances arise that cause negative health impacts in the community, our organization will respond appropriately,” the city’s announcement stated.

Correction: An earlier version of this story incorrectly stated the number of cases reported in January. The story has been updated with the correct information.