Dear Decaturish – In support of Saira Draper for House District 90

Dear Decaturish – In support of Saira Draper for House District 90 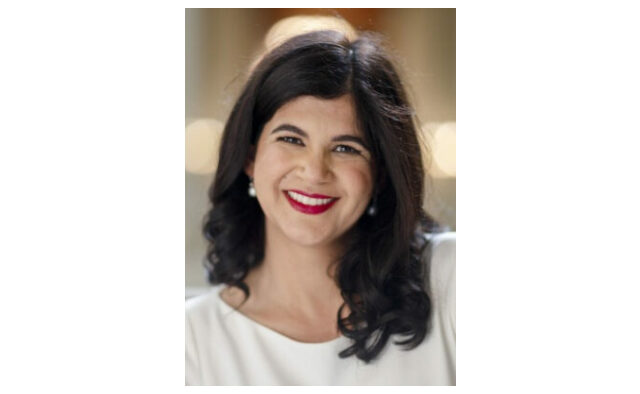 We accept letters to the editor. Letters to the editor are opinions of the authors of the letter, not Decaturish.com. Everyone has an equal opportunity to submit a letter to the editor. So if you read something here and don’t like it, don’t jump on our case. Write a letter of your own. All letters must be signed and are typically between 500 to 800 words. We reserve the right to edit letters for length and content. We also reserve the right to publish longer letters if we need to. To send your letter to the editor, email it to [email protected] In advance of the May 24 election, we invited candidates to submit letters to the editor on their behalf. For more information about the May 24 election, visit decaturishvotes.com

I am running for the Georgia State House because Georgia is ground zero in the Trump/GOP war against free and fair elections. The decades-long GOP campaign to maintain control in our increasingly diverse state hit a fever pitch in 2020 and 2021 when, despite Trump-led suppression tactics, President Joe Biden and Senators Warnock and Ossoff notched victories.

During these historic campaigns, I served as Director of Voter Protection for the Democratic Party of Georgia.  In this role, I worked to protect the constitutionally guaranteed right to vote for all Georgians and fought to make sure our voting laws are applied equally to all, especially black, brown, first-generation and disabled voters — communities that have historically been disenfranchised.

Rolling back the insidious voter suppression laws that were passed in the aftermath of the 2020 election will not be easy. Nor will it be easy to fight back against future assaults on our ability to make our voices heard. That is why we need a strong, tested, and proven voting rights expert like me in the legislature. My experience both as a lawyer and in leading voter protection efforts for the Democratic Party of Georgia have prepared me to be an effective defender of voting rights and elections in the Georgia State House.

As Director of Voter Protection, I didn’t just work within the existing rules. I partnered with our elected officials and community leaders to make the rules better. When 7 million absentee ballot applications were mailed to Georgians in the wake of COVID’s first wave, I re-designed that application (and worked across the aisle) to streamline the process and make it easier for voters to request a ballot. When the GOP, scared by their loses and Trump’s threats, moved legislation to undo the gains we achieved, I  worked with Representative Nguyen, Representative Burnough, Senator Parent, and countless other legislators to counter the lies, offer counter proposals, and help strip out some of the worst parts of the still-bad law.

And let me be clear. It’s not that I don’t feel strongly about advocating for other policy issues, too; I absolutely do, and I believe we must keep the pressure up and fight to constantly move Georgia forward. But, I fundamentally believe that protecting the right to vote is the best way to secure substantial gains. Because once we can freely elect representatives who share our values, we will get the major policy shifts we desire, such as full funding for our schools, medicaid expansion, and creating a Georgia that is just and safe for everyone.

The district that is now HD90 has an important history of electing state legislators who are strong women of color, committed to protecting voting rights. In that tradition, it would be my honor to have the opportunity to serve the people of this district. I look forward to earning your vote.

Pragmatism. Compromise. Reasonableness. These are not signs of weakness or a lack of commitment to the urgent causes that need to be championed or the fights that need to be fought. They are a necessary component to those championships and fights. While we must always, always demand what we know is right and deserved, we also must not let our righteousness prevent us from winning every single inch we can gain along the way.

My wife taught me that. Saira Draper is, among so many other things, a progressive Democrat and a pragmatist. The progressive part came first, I think. Even before I knew her, she was fighting for equity, justice, and social change. She spent two years in Honduras as a Peace Corp Volunteer before returning to pursue her law degree at Georgetown. She went on to a successful legal career, using the power of her firm to help lead a pro bono operation that assisted unaccompanied migrant children at the border. Her progressivism was amplified, like many others, in 2016, and she made service her full focus by joining the Southern Poverty Law Center as a civil rights attorney working on behalf of immigrants impacted by Trump’s cruel family separation policies.

The pragmatism came later and slower. Always headstrong, I first saw her gift of achieving progress bloom as our family grew. There is something about being a parent – a mom or working mom particularly – that encourages pragmatism. Saira managed work and pregnancy and parenthood, and all the other million things in between with grace and patience, and yes, pragmatism. She juggled, balanced on a beam, and always offered a shoulder to cry on (for full disclosure, I did at least take care of the cooking). But that juggling, balancing, and offering required acceptance that some balls would drop, some feet would slip, and some tears would need to be wiped by another’s sleeve. Sometimes the kids went to bed late. The morning routine was “rush out the door.” Popsicles were in fact used to bribe small children on many occasions.

That same demand-what-you-want and do-the-best-that-you-can pragmatism also grew in her work. Building on her desire for the achievement of progressive ideals, she volunteered with the voter protection arm of the Democratic Party in support of Stacey Abram’s 2018 campaign. The following year, the party asked her to take over that effort. She led a team of intrepid staff and over 12,000 dedicated volunteers. They wanted it all, but mostly, they wanted to make the biggest impact that they could. Saira rarely agreed with the other side, but if it meant that more Georgians could vote, she was never not going to pick up that call. She didn’t like the legislation that was being passed, but if there was a chance it could be better, she would propose amendments and work to improve it.

I’m admittedly biased, but pragmatism in the pursuit of progressive ideals helped flip the Senate, which among other things led to the confirmation of the first Black woman on the US Supreme Court.

So, here’s to progressive pragmatism. Here’s to my amazing wife and her effort to bring more of that to the Georgia State Legislature.

I know Saira Draper. Like Bee Nguyen and Stacey Abrams before her, she is the voting rights champion we need in House District 90.

I started working for Saira in February 2020 as one of her deputy directors on the Democratic Party of Georgia’s Voter Protection team. In the midst of the most consequential and challenging election of our time, Saira was an unfailingly inclusive, collaborative, and strategic leader of the voter protection program for the Biden, Warnock, and Ossoff campaigns – the most successful voter protection effort Georgia has ever seen.

– The Voter Assistance Hotline, staffed by 400+ trained volunteers, fielded more than 130,000 calls in seven different languages. These were calls from Georgians who wanted to vote, but had encountered an obstacle; we got them past the finish line.

– Saira pioneered a Ballot Rescue Program that supported over 15,000 voters whose absentee ballots had been rejected by guiding them through the complex ballot cure process, converting votes from rejected to accepted.

– Saira also created a Ballot Processing Monitoring program that trained and appointed observers and vote review panel members in every one of Georgia’s 159 counties. The 1,000+ volunteers in this program upheld the integrity of the vote counting process during the contentious period after the General and Runoff elections, and ensured that the Trump campaign cronies failed in their attempts to undermine the election.

– During voting, we had a team of over 80 volunteer attorneys handling rapid response and issue resolution. For the General Election, this group of attorneys managed and resolved 6,467 incidents, including incidents that impacted entire polling places, entire counties, and in some cases, the entire state. It was this team that pieced together and blew the whistle on the statewide registration system slow down during the first days of early vote in October 2020. This team also prepared lawsuits to extend voting hours at 20 polling places where voting had been brought to a halt– such as the polling place in south Georgia that was rendered inaccessible due to a freight train cutting off the only road.

– With new voting machines, a huge pivot to voting by mail due to the pandemic, the near constant evolution of voting laws and regulations, and the adoption of new policies like drop boxes and ballot cure, there was a critical need for communicating updated, accurate, and practical information to voters. The state didn’t step up, so we did. We used speaking series, digital content, and strategic outreach tools, and reviewed content for any organization that requested it. Saira was our subject matter expert; stakeholders, elected officials, and various grassroots organizations relied on her to convey the information that Georgians needed to make their vote count.

– In addition to our public facing programs, there was plenty of activity going on behind the scenes, too. Saira was instrumental in negotiating changes to the absentee ballot envelopes in one of Georgia’s largest counties, as well as to the absentee ballot application, which resulted in an untold number of voters being able to cast a ballot that counted.

Running an operation like she did takes someone incredibly smart, capable, and solutions-oriented. I have no doubt that without Saira’s efforts running these impactful programs, along with the thousands of passionate volunteers she helped organize and energize, we would not have the victories we had in Georgia in 2020 and 2021.

Saira has avoided renown and more glamorous opportunities because she cares deeply about building stronger, more inclusive communities for Georgians. It would have been so much easier for Saira to declare victory after 2020 and go back to her civil rights law practice. I know – I went back to my law practice after 2020, unable to keep up the full-time fight in this climate of power-hungry, divisive, and out-of-touch politics. But that has never sapped Saira’s determination to keep fighting for racial justice, economic opportunity, and voting rights. I’m so thankful that Saira is staying in the arena, and you will be too when she earns your support for House District 90.