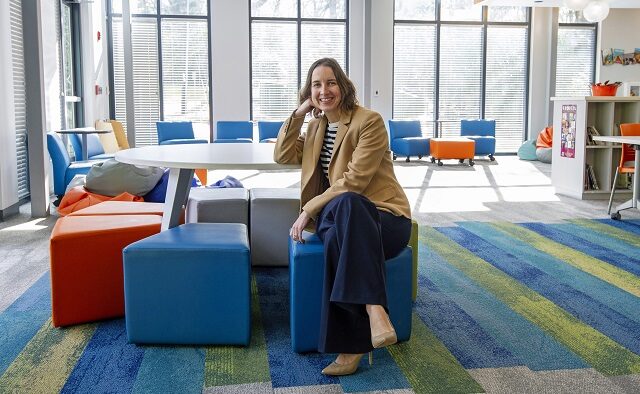 Avondale Estates, GA — The Museum School of Avondale Estates on May 25 received approval from the State Charter Schools Commission to become a state charter school.

Charter schools operate independently of school districts through agreements called charters. In exchange for autonomy, the schools agree to meet higher academic standards. Local charters are created by a three-party agreement between the school, the local school board and the Georgia Board of Education. The Museum School’s agreement with DeKalb County Schools expires on June 30, 2022. The new charter would be an agreement between The Museum School and the state of Georgia.

SCSC Executive Director Lauren Holcomb said, “The SCSC approved the Museum School as a state charter school at today’s meeting. It was a late addition to the agenda.”

To read the SCSC staff recommendation for approval of The Museum School as a state charter school, click here.

A message left with DeKalb County Schools was not immediately returned.

The Museum School has 588 students in grades K-8. The Museum School plans to stay at its current address, the old Forrest Hills Elementary building located on Forrest Boulevard in greater Decatur. But there’s a dispute between the school and the district about the lease for the building.

Board Chair Kelly Swinks said the school has another 10 years on its lease with the county.

“We are still finalizing the details of the contract [with the state], including the attendance zone,” Swinks said. “The current enrollment will not be affected. We will continue to serve approximately 588 K-8 students. Although this is a change in authorization, the day-to-day experience of our students and families will remain the same.”

Swinks said the leadership of the school is happy with the SCSC’s decision, saying, “We are beyond excited!”

“The [Museum School] Board and administration will immediately start preparing to transition to the State Charter Schools Commission,” Swinks said. “We will be receiving a contract and voting on it in the next few weeks. Our new charter term will start on July 1 with the SCSC.”

The Museum School’s journey to becoming a state charter was a convoluted one that relied on the state Board of Education denying their charter renewal petition.

Records show that Museum School has already gone through the vetting process with the SCSC and was ready to be recommended as a state charter school.

It’s unclear how the dispute over the ownership of the building will be resolved.

The Museum School in its renewal application to DeKalb County Schools asked the district to turn over the deed for the building.

The county wants to change the terms of the school’s lease, so the school community won’t be reimbursed for the cost of building improvements they’ve paid for. Brian Deutsch, an attorney for The Museum School who sits on its advisory council, said the school is prepared to fight in court to keep the building. State law requires school districts to make unused buildings available to charter schools.

“In the event DeKalb makes the not a great PR move to kick us out of the school, there is a statute that allows us specifically as a local school that transfers to the [State Charter Schools Commission] to remain in that property,” he previously said. “We would have to obviously pay a reasonable fee for that.”

The shotgun marriage between DeKalb County Schools and The Museum School began in 2011, and the school moved into its current home in 2012.

It uses the “museum model.” The school partners with local museums as part of its curriculum, holding “Exhibit Night” four times a year. During Exhibit Night, students play docents, taking visitors on a tour and answering their questions about what they’re learning.

The model works. In the 2014-2015 school year, The Museum School was the fourth ranked start-up charter in Georgia and among the top 10 schools in DeKalb County.  In 2019, the Georgia Charter School Association named it the Charter School of the Year.

The school changed civic life in Avondale Estates. At one point, three out of the five members of the Avondale Estates Board of Mayor and Commissioners had children at the school. In a 2019 candidate Q&A, Mayor Jonathan Elmore – whose wife is on the school’s advisory council board of directors and was a founding Museum School board member – said the school has transformed the city.

“The Museum School is one of the best things to ever happen to our community,” Elmore said. “It has brought new families to Avondale Estates and is one the best elementary schools in the state.”

To see our earlier in-depth story about the dispute between The Museum School and DeKalb County Schools, click here.