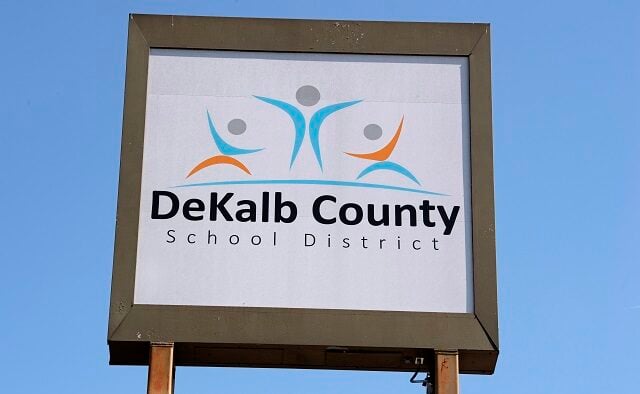 DeKalb County, GA — The DeKalb County Board of Education at their February and April meetings rejected modernization of 95-year-old Druid Hills High School and voted instead for district-wide repairs at an estimated cost of $444 million.

Some have praised this approach as being equitable and a means to address pressing needs throughout the county. However, others believe that it is based on faulty information and perpetuates patterns which have created the systemic facilities problems that have kept the district in the news.

The new repair plan followed on the heels of a viral video created by Druid Hills High students which drew attention to unsafe conditions at their school. Since then, continuing public attention has been focused on the dilapidated state of district schools, including but not limited to Druid Hills High, Cross Keys High, and Lakeside High.

The condition of Druid Hills put the district at odds with the state superintendent, who sent a letter to the board threatening to withdraw funding if they did not address problems at Druid Hills and elsewhere.

The district responded by firing former superintendent Dr. Cheryl Watson-Harris, but evidence of widespread and long-term problems in the district continues to mount.

“We are responsible for ensuring that school districts are providing adequate and safe facilities for all of their students,” Frick said. “It’s clear this process has broken down in DeKalb County, which led to Superintendent Woods’ initial letter to the DeKalb County Board of Education on April 25 and response on April 27. As we shared at that time with the DeKalb board, our team is working with the district to develop immediate, short-term, and long-term plans for corrective action. Without a good-faith effort to implement those recommendations, Superintendent Woods will not recommend DeKalb’s facilities plan for State Board of Education approval.”

At the board’s regular meeting on May 9, interim Chief Operations Officer Richard Boyd described efforts to work with GADOE on Druid Hills. However, on May 10, another student video dropped, this one showing unsafe and unsanitary conditions at Lakeside High.

In response to a query about the video made by Lakeside High students, district spokesman Donald Porter referred to the mandate for district-wide repairs.

“At its April 18 meeting, the board voted to implement an aggressive facilities program to address serious building issues at all schools across the system,” Porter said. “The district continues its work to present projects to include scope, timelines, budget, and funding sources.”

The mandate, presented by DeKalb County School Board member Anna Hill, requires the district to carry out priority 1, 2, and 3 repairs drawn from facility condition assessments (FCAs) conducted as part of the district’s Comprehensive Master Plan.

The FCA report by Jacobs Engineering describes $556 million in current needs, $628 million in projected needs in one to five years, and $929 million in six-to-10 years, for a total of $2.2 billion over the next ten years. Those figures do not include new construction or expansion, nor do they assess the relative cost of repair versus replacement, which are questions that the CMP attempts to answer.

The district paid architecture firm Perkins & Will $2 million to create the CMP starting in 2020. The firm’s final recommendations included modernization of Druid Hills High, which the board ultimately rejected.

Board members who removed Druid Hills High said the new repair plan is more equitable, citing dilapidated conditions at many other district schools and the need to address problems throughout the county.

However, that approach has come under stiff criticism, ranging from questioning the use of facility assessment scores in the first place, and the validity of the scores themselves, to the assertion that the district’s piecemeal approach to repairs is part of how widespread facility problems were created in the first place.

Former DeKalb County Schools chief operating officer Ben Estill’s recent whistleblower lawsuit against the district claims that he told the school board in May 2021 that the facility condition assessments might not be accurate. Estill’s lawsuit states that he informed DeKalb County School District Chief of Staff Antwyn Brown that Jacobs Engineering could not possibly have completed the number of school inspections they claimed in the amount of time that had elapsed. Estill’s lawsuit also claims that Brown did not attempt to rectify the problem.

At the meeting held May 17, 2021, DeKalb County School Board member Anna Hill asked Estill about the facility condition assessment of Hightower Elementary and whether assessments would be updated to reflect work that was done before the Comprehensive Master Plan was completed.

“Based on what we know now, we need to go back and put multiple lenses on actually scrubbing the data,” said Estill. He went on to say that he had asked Perkins & Will to put the process on hold temporarily and that he was going to get a collaborative team including different district departments and contractors such as AECOM to review the assessments to make sure that they were accurate. He stated that he planned to meet with all 140 principals in the district.

“Mr. Estill, it sounds like you must walk on water, meeting with all 140 principals,” Board Chair Vickie Turner said at the time.

Some FCA scores are inaccurate

Sources available to Decaturish indicate that some of the FCA scores were reviewed, but not all, and the ones that were reviewed were judged to be inaccurate. The scores of many facilities did not change from 2011 to 2021.

Even if the FCA scores were accurate for the purposes of the CMP, critics say they should not be used as an alternative for the CMP itself.

Parent Steve Langdon points out that FCA scores are only intended to be one component of planning, and that the final CMP included community input.

“The FCA is to be combined with enrollment projections, Educational Suitability Assessments and community outreach in order to create a plan, which is exactly what the CMP did,” said Langdon.

Hans Utz, former deputy chief operating officer for the city of Atlanta and a current member of the City Schools of Decatur Board of Education, says flatly that he would not use FCA scores as the basis for a repair plan.

“An FCA is absolutely not a complete picture of everything that needs to be repaired.  They don’t even determine whether repair or replace is the right choice, and they certainly do not excavate or scope the magnitude of a problem,” said Utz.

Utz described FCA scores as the beginning, not the end of a plan. He also pointed out that they are a “first pass” based on a walkthrough assessment, and that sewage systems, because they are literally buried in the ground, are frequently missed.

The 95-year-old sewage system at Druid Hills High, for example, does not appear in the 2021 facility condition report, nor in the 2011 report. The terra cotta sewage system’s projected lifespan of 60 years ended in 1987.

Because of omissions and rising material and labor costs, the ultimate cost of repairing a facility may be much higher than the FCA estimates indicate.

District admits costs could be higher

As part of his response to Decaturish, Porter acknowledged this likelihood.

“Regarding Lakeside High School, over $10.2 million in priority 1, 2, and 3 projects were identified in 2021,” Porter said. “Today, those figures are higher because since these reports were published, construction and maintenance material prices have risen significantly, and the availability of skilled workers has shrunk while labor costs have climbed.”

Decaturish contacted DeKalb County School Board member Hill to offer her an opportunity to explain why she felt that using the FCA priorities listed in the Jacobs Engineering report was more appropriate than the final CMP. She declined to comment.

The district’s broad approach to fixing its buildings may also be driving up costs in and of itself.

Instead of planning for the life span of facilities and components and replacing or renovating an entire school when appropriate, the district frequently tries to “spread the wealth” by conducting piecemeal repairs at as many schools as possible. This can result in voiding warranties and shortening the lifespan of new components attached to old systems. Neglected maintenance also contributes to the rapid decline of buildings far short of their predicted lifespan.

In an interview Decaturish asked former superintendent Dr. Cheryl Watson-Harris when the condition of the district’s facilities got on her radar and what she tried to do about it. She replied that it came to her attention immediately. She saw the problem as systemic and sought systemic solutions.

“My observation upon arrival, and with operations and other divisions in the district, is that there was a lot of reactionary behavior,” she said. “There’s a crisis, we run to that crisis. And so a large part of the work that I put into place both the first year during the height of the pandemic, remember, we were quarantined many of us, and over the last few months, is enterprise management strategy.”

Watson-Harris said that she attempted to put structures and systems in place that would allow district leaders to act based on data and would also allow her to monitor what was happening.

Watson-Harris met resistance from the board in many of her hiring and purchasing decisions.  Her latest attempt to improve process, by hiring a professional development firm called Northstar, was voted down by the board in April.