North DeKalb Mall redevelopment has momentum, DeKalb County Commission will consider on May 26

North DeKalb Mall redevelopment has momentum, DeKalb County Commission will consider on May 26 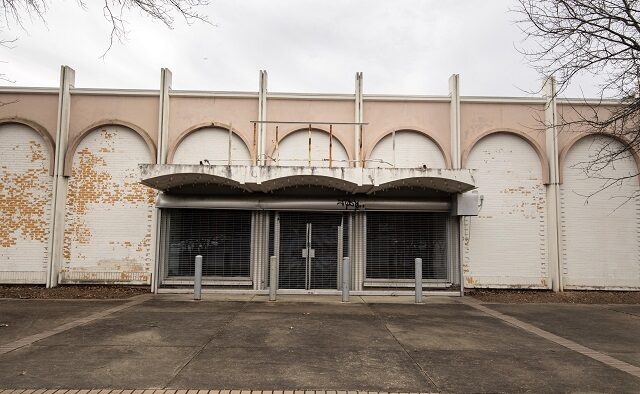 Greater Decatur, GA — A massive redevelopment of North DeKalb Mall has momentum heading into a May 26 DeKalb County Commission meeting, where commissioners will consider rezoning that would allow the project to move forward.

The mall was constructed in 1965 and was the first fully air-conditioned mall in the region when it opened its doors. The mall remains climate controlled, but is now mostly empty as businesses have left. Under the new redevelopment plan, the AMC movie theater would remain on the property.

Commissioner Jeff Rader said the project received a unanimous vote in its favor at the county planning commission’s May 5 meeting. Planning staff recommended approval with conditions.

“The site plan and the requested conditions incorporate protections for the single-family homes that adjoin the west side of the mall property by limiting the height and proximity of residential buildings at the western edge of the site,” the report from the county’s planning staff says. “As detailed in the recommended conditions, the developer has agreed to implement aspects of the development that were identified at the outset of the community engagement process as priorities by neighborhood representatives. In addition, the developer has agreed to contribute towards public improvements identified by the ARC and conditions to their approval, including the construction of a Shared-Use Trail on Mistletoe Road extending from the project site to North Druid Hills Road. The developer has also agreed to contribute funding to improvements for the Community Garden located in the floodplain in the south portion of the subject property.”

Due to the project’s size, it is being vetted as a Development of Regional Impact by the Atlanta Regional Commission. The initial comments by ARC were favorable towards the project.

“The project directly advances a broad range of regional policies related to walkable mixed-used development, natural resource conservation and environmental protection, transit-oriented development, adaptive reuse, and placemaking among others,” a report from the ARC says.

The ARC notes that the project will create 15,000 new daily car trips in the area.

“While the project will generate a significant number of new vehicular trips, its mixed-use and highly walkable design as well as immediate adjacency to several MARTA bus lines offer meaningful multimodal alternatives to driving,” the ARC report says.

As previously reported on Decaturish, Edens is throwing its weight behind expanding a public trail through the property. The trail connection at North DeKalb Mall would be one part of a larger plan to connect the Peachtree Creek Greenway — which will eventually connect to Briarcliff Woods — to the South Peachtree Creek Trail that runs through the Medlock Park neighborhood. The county is working with the PATH Foundation, a developer of public trails, to study the idea. Edens would be responsible for maintaining the trail, assuming the rezoning for the North DeKalb Mall project is approved by DeKalb County.

A second meeting about the trail is planned for May 11 at 6 p.m. Here are the details provided by the Medlock Park Area Neighborhood Association:

May 11, 2022, 6-7:30 pm PATH Meeting, Highwoods Auditorium, 2635 Century Pkwy NE Ste, Atlanta, GA 30345. DeKalb County and the PATH Foundation invite you to an upcoming public meeting focused on their current study to extend the South Peachtree Creek Trail (including the areas surrounding North DeKalb Mall). Your input is needed! This is an in-person meeting, but you can also attend via Zoom:

Commissioner Rader on May 9 declined to say whether he’d vote in favor of the project on May 26, citing the need to respect the public hearing process. He noted no one spoke in opposition to the project at the May 5 planning commission meeting.

“I never make a prediction before the meeting and public hearing, but we have been working on this more than a year,” Rader said.

The May 26 DeKalb County Commission meeting will begin at 5:30 p.m. Details aren’t posted yet, but they will be available at this link.

If the rezoning is approved and the project moves forward, Edens will have succeeded where other developers have failed. The mall came close to a massive redevelopment back in 2018, which would’ve been anchored by a Costco. But that fell through. Since 2018, the mall has been used as a location for filming movies and TV shows. The empty parking lot has also attracted drag racers.