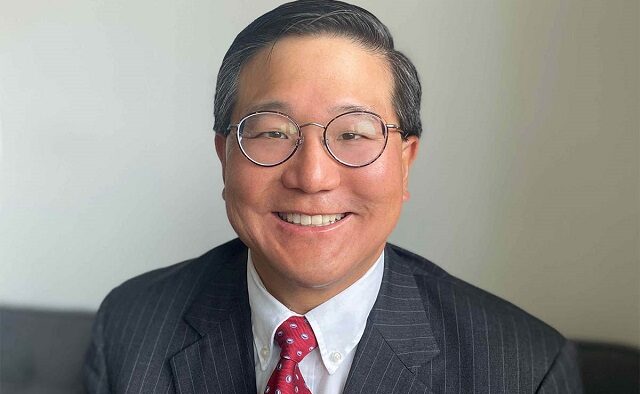 “Henry S. Kim will serve as the new associate vice provost and director of Emory University’s Michael C. Carlos Museum beginning Aug. 22,” according to a press release from Emory University.

He’s an expert in ancient Greek coins and recently served as the founding director and CEO of the Aga Khan Museum in Toronto, Canada.

An expert in ancient Greek coins by training, Kim served most recently as the founding director and CEO of the Aga Khan Museum in Toronto, Canada. Previously, he held roles including curator, university lecturer and director of the university engagement project at the Ashmolean Museum at the University of Oxford in the United Kingdom.

“I am delighted to welcome Henry Kim to our campus. In a very strong field, he stood out for his wisdom, his global perspectives, and his empathy and sensitivity to the issues we face today as a society,” says Bellamkonda. “When led well, museums magnify the present in a way that allows us to shape a better future. Henry’s selection marks an important opportunity for the Carlos Museum to guide Emory and Atlanta by giving us programming and space for reflection and positive action, so we can co-create a just and inclusive society in which we’d all like to live.”

Kim brings to Emory a history of leading socially conscious change that resonates with the Carlos Museum’s own values as they relate to diversity, equity, inclusion, ethical collecting and responsiveness to cultural concerns.

Responsible for leading the redevelopment of the Ashmolean Museum, Kim emphasized points of cultural connection between collections in the museum’s interpretive approach. At the Aga Khan Museum, Kim continued to champion cultural connection, creating programs and exhibitions relevant to current events such as the crisis in Syria and anti-immigration and anti-Muslim sentiment.

“Public institutions should position themselves as partners in developing understanding and healing rifts. We can play an important role in addressing issues related to racial inequalities and historic wrongs as well as fostering community strengths that are built upon diversity and a push to greater inclusion,” says Kim. “Museums can be teachers as well as advocates, but most importantly they need to be exemplars, embracing the present, the personal and the uncomfortable.

“Through the arts, it is possible to encourage a better appreciation of the diversity of culture and of people, and through this understanding comes true empathy. I have also seen that genuine expression of one’s views and identity can only come from a sense of inclusion and safety. My work over the last two decades has focused on making museums places where learning and expression can take place,” he continues.

Opportunities for teaching, learning and discovery are at the forefront of Kim’s attraction to the Carlos Museum, the collections of which support the research interests and pedagogical aims of Emory faculty.

“The museum has an exceptionally close-knit relationship with Emory faculty,” says Kim. “This collaboration has made it a very successful teaching museum, one which has shown its willingness to experiment and innovate in the pursuit of learning. It is incredibly active in using its collections to support teaching in arts and non-arts programs. I am eager to see how this can be further developed and grown in partnership with the faculty.”

Thanks to his previous experiences at Oxford’s Ashmolean Museum and the Aga Khan Museum in Toronto, the Harvard- and Oxford-educated Kim sees a deep connection between learning and community. To this end, he is interested in advancing diversity, equity and inclusion in the wider community of Atlanta and within the university, reflecting calls from President Gregory L. Fenves and Bellamkonda for Emory to address racial and social injustice. The way forward, Kim suggests, lies in partnership with Emory Libraries.

“With a museum whose collections reflect many cultures and peoples that are underrepresented in cultural institutions today, I am keen to explore how the Carlos and Emory Libraries can become a hub for exploring and celebrating the true diversity of ethnicities, cultures and viewpoints present in our wider communities,” Kim says.

Kim’s focus and expertise reflect the changing vision and landscape for academic museums, notes Valeda F. Dent, vice provost for libraries and museum. “There is great responsibility for those who curate, classify and showcase global histories to help build an equitable world where every individual can flourish. We must also engage in difficult discussions about the impact of oppression and global enslavement — practices which in many cases are connected to our own museum artifacts and collections,” she says.

“Museums can enliven history and unveil those stories previously untold. Museums can also grow truth-telling and reconciliation practices. I could not be happier that Henry is our newest partner in what will surely be an important and dynamic journey for the Carlos Museum.”

The Michael C. Carlos Museum is a dynamic, interdisciplinary center for the study of art and culture, with collections from Africa; ancient Egypt, Nubia and the Near East; ancient Greece and Rome; the Indigenous Americas; and South Asia; as well as American and European Works on Paper. Through its permanent collections, engaging special exhibitions and innovative programs for all ages, the Carlos Museum connects the past with the present and the campus with the community. The museum is committed to emphasizing diverse voices, perspectives and disciplines.