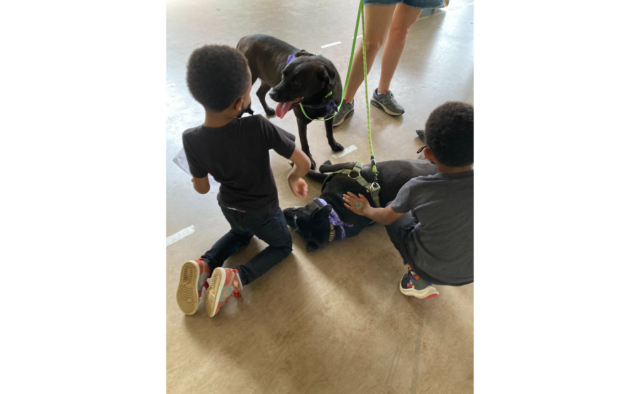 Clairemont Elementary kindergarteners hosted Clairemont Animal Day on May 24 to showcase what they learned about animals and feature adoptable pets. Photo courtesy of Halley Belocre.
Share

Decatur, GA — Over the past few months, the kindergarten students at Clairemont Elementary School had participated in a learning expedition called “A Better World For Animals,” where they explored questions like what do animals need to survive and how do humans impact animals. The students also did research in the classroom and interacted with community groups, such as iWag and the Oakhurst Guinea Pig Rescue.

Their learning expedition ended with a special event, Clairemont Animal Day, to showcase what the kindergarteners had learned, according to a press release from Halley Belcore, a kindergarten teacher at Clairemont. The event was held on Tuesday, May 24.

The students helped put together Clairemont Animal Day, which featured iWag and Oakhurst Guinea Pig Rescue. There were adoptable dogs and guinea pigs looking for their forever homes. Several guinea pigs have already been adopted since Clariemont Animal Day.

Each student made a flyer for a specific dog at iWag. After each draft, the students reflected on their work using a rubric and feedback from their peers to improve the next draft. 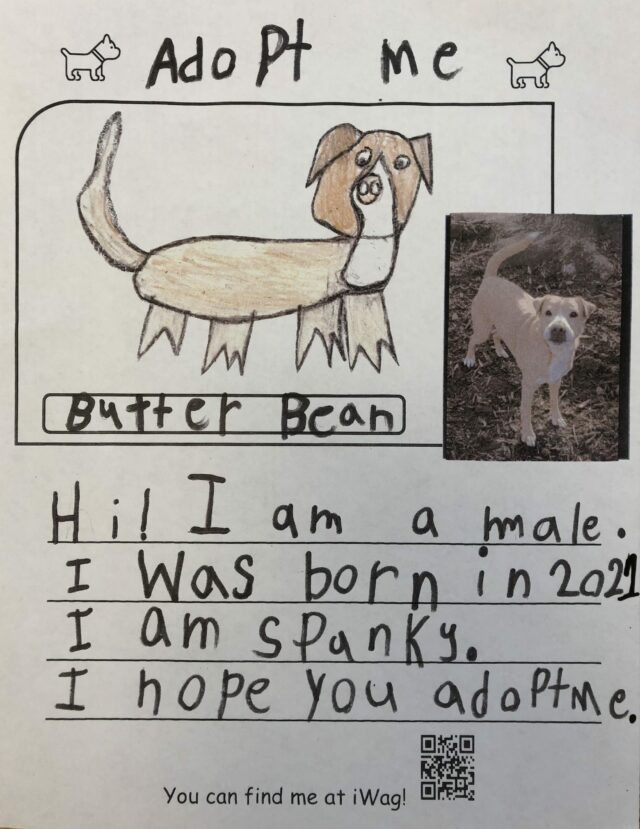 Clairemont Elementary kindergartens visited iWag and made adoption flyers for dogs at the animal shelter. Photo courtesy of Halley Belocre.

After the animal shelter visit, the Oakhurst Guinea Pig Rescue came to the kindergarten classes at Clairemont Elementary. The rescue staff talked with students about what the rescue is, how to properly care for guinea pigs, and shared some surrender stories. 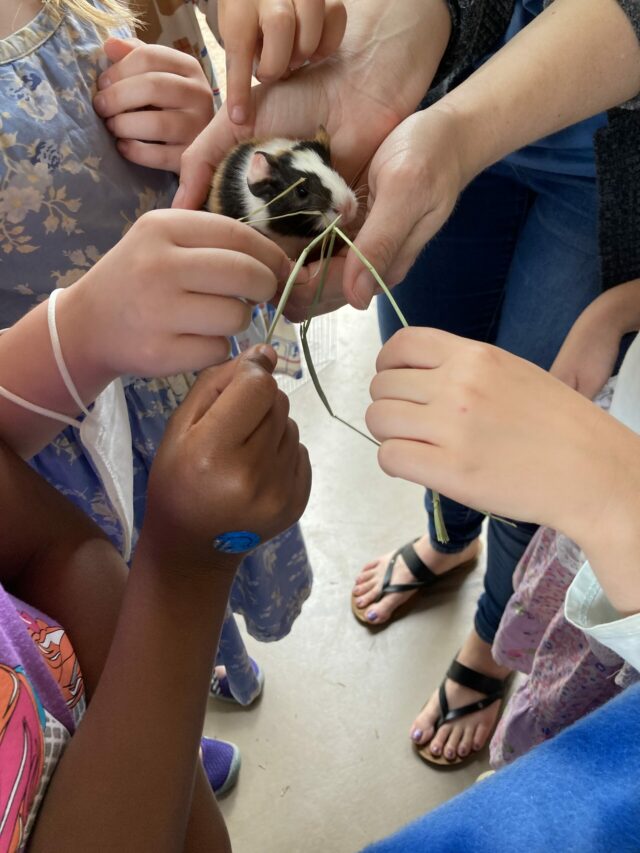 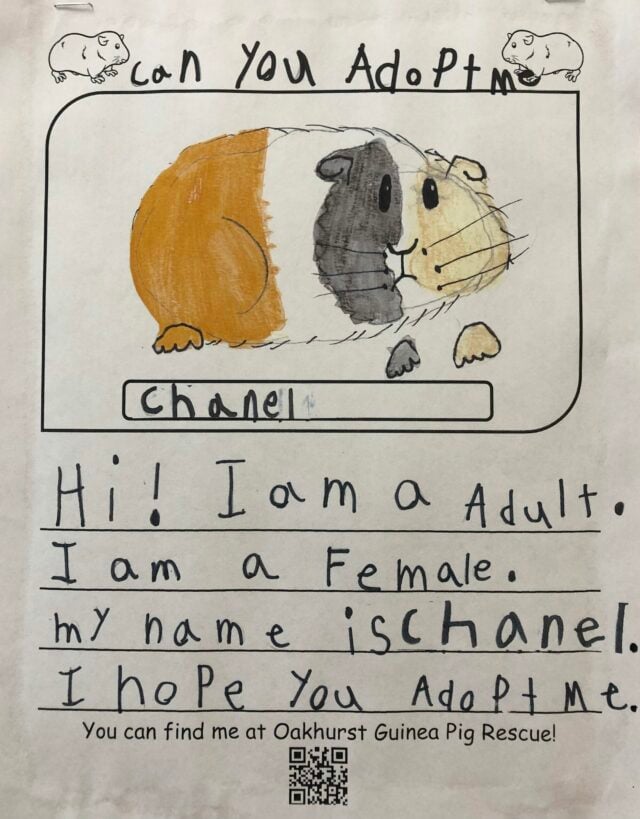