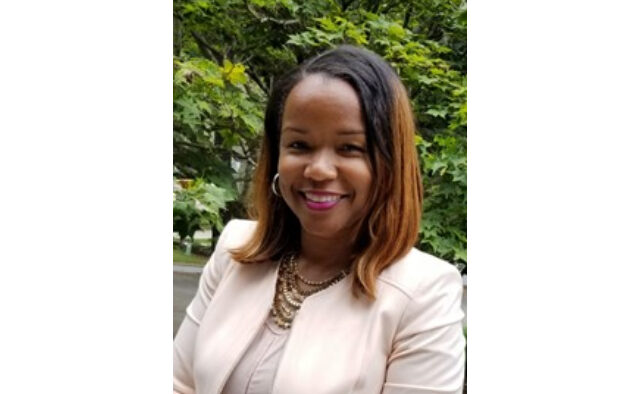 Greater Decatur, GA — Amid a broader need for qualified faculty, parents and teachers say that the turnover rate at Briarlake Elementary School is unusually high and that principal Jamela Lewis contributes to a tense atmosphere there for students, parents, and teachers alike.

Lewis did not respond to numerous emails and phone calls seeking comment for this article.

Parents and teachers will soon have a chance to air their grievances about Lewis in a public forum. The Briarlake Elementary PTA and Principal’s Advisory Council are holding a meeting with Regional Superintendent Trenton Arnold on June 9 “to discuss concerns about teacher retention.”

DeKalb County School District spokesperson Donald Porter said that the district’s policy is to respond to bullying incidents promptly and that there is a process in place to address inaction.

“The process begins with the student, parent, guardian, or concerned citizen alerting the principal or administrative staff first, then the Regional Superintendent’s office, as appropriate. The school-level staff is charged with following all aspects of the DCSD Student Code of Conduct relative to the allegation,” said Porter.

However, parents told Decaturish that Lewis is slow to respond to complaints about bullying at the school and that some cases seem to drop out of sight.

Lauren Rutledge said that her 10-year-old was “relentlessly bullied” throughout the school year and the situation was badly mishandled. Rutledge says she was not notified when her child was assaulted at school. She also says that reports that should be in her son’s school file are missing.

Rutledge said that at this point, her child is being treated for anxiety and depression severe enough that it caused physical symptoms. She attributes this both to bullying by other children which Lewis allowed to continue unchecked and the atmosphere that Lewis created at Briarlake Elementary.

Rutledge said that she attempted to address her concerns with the school district with little success. Rutledge said that while trying to resolve things for her child, she discovered that she was not the only parent experiencing similar issues. She believes Lewis is fostering a culture of bullying by not fully informing parents and by preventing teachers from intervening appropriately.

A former Briarlake teacher who wished to remain anonymous due to fear of retaliation corroborated that Rutledge’s child was assaulted and said that Rutledge apparently didn’t know about it until a teacher made a reference to the incident later.

One parent said she was so alarmed by her run-ins with Lewis that she asked the principal to stay away from her children.

Audrey Kalinski provided copies of several emails between her and Lewis. In one, Kalinski describes a teacher telling students not to drink water because they are going to the bathroom too much. Kalinski asked Lewis to place a paraprofessional in the classroom and asked Lewis to follow up on her email.

In the email exchange reviewed by Decaturish, Lewis responds that she will visit the class and place a paraprofessional when she deems it necessary, then says, “I will not be following up with you on this matter.”

Kalinski emailed staff at Briarlake and Region II administrators, saying in part “I don’t trust her temper and disposition, and therefore, I no longer want her to interact with my children.”

Even before the COVID-19 pandemic, teachers all over the country were leaving the profession, citing high stress, low pay, and inadequate support. After the pandemic started, that process accelerated, leaving many districts scrambling even harder for qualified teachers. DeKalb County School District is not an exception. Retention and recruitment of staff have been frequent topics of discussion at Board of Education meetings. At the May 9 board meeting, the district’s interim Chief Human Resources Officer Dr. Michelle Jones reported that DCSD had 517 open teacher postings, more than any other metro district except Gwinnett.

A petition is currently circulating to remove Lewis from her position as principal. It cites turnover rates at the school and what petition author Andrew Kalinski – Audrey’s partner — describes as a toxic environment.

“[Lewis] does not show respect for our children’s teachers, or our local community’s socio-economic diversity, values, and morals. Our parents and teachers know that Principal Lewis fosters a confrontational, negative, and toxic environment with low morale and high turnover rates. In a district where bullying is discouraged, she fails by bullying parents, teachers, and staff,” states both the petition and an email sent to DeKalb Board of Education members, DeKalb County commissioners, Georgia Board of Education members, and state legislators among others.

According to the petition, more than 70 teachers and staff have left since Lewis took the principal position in 2015, with more planning to leave at the end of this year.

Porter, the school district spokesperson, provided Decaturish with the district’s turnover statistics at Briarlake Elementary for the last three years:

Turnover rates everywhere were unusually high during the 2020-2021 school year, and the two other years listed are close to the national teacher turnover average of 16%, per the National Center for Education Statistics.

However, turnover rates at low poverty schools like Briarlake are typically much lower, closer to 6% per NCES. Additionally, Briarlake’s turnover rate is higher than the most recent average for the state of Georgia provided by the Governor’s Office of Student Achievement, which is 9.2%.

Kimberley Evans, who now teaches at McLendon Elementary School, says that a turnover rate higher than 10% at a school like Briarlake Elementary is a cause for alarm, one that she raised with the district’s hierarchy, including board members.

Evans was hired by Lewis in 2016 and taught fifth grade at Briarlake Elementary for two years. Evans said that after the first year, all three kindergarten teachers and two of the three fourth grade teachers left, including a Teacher of the Year. Raifa Russ, who had been the assistant principal, also left after Lewis’ first year.

“The year I left, the entire fifth-grade team walked out,” said Evans.

Evans said that the school’s Parent-Teacher Association offered a stipend to teachers who stayed for another year.

“Even with the stipend, it wasn’t worth it to us,” said Evans.

Terry Adams says he worked as maintenance staff for the DeKalb County School District from 1999 to 2012 and returned to work as head custodian at Briarlake Elementary in 2014. He says he left in 2016 because of Lewis’ behavior.

“She was the main bully in the school,” said Adams.

Adams stated that Lewis hired someone as a night custodian who was not qualified for the job, but that when he would document mistakes or omissions, Lewis would blame the problems on him.

According to Adams, during meetings with him, Lewis would frequently bring up her husband, Oliver Lewis.

Oliver Lewis was named in an investigation by Young, LLC of DeKalb County School District central office practices, where it was revealed that district Chief of Staff Antwyn Brown promoted Oliver Lewis to the position of Chief of Continuous Improvement and Accountability without prior approval by former Superintendent Cheryl Watson-Harris. Brown also did not present him to the DCSD Board of Education for approval, against board policy.

Brown is no longer listed as a member of the superintendent’s cabinet. Porter, the district spokesperson, said Brown is “on assignment in the Operations Division to assist with identifying and addressing facilities needs in the school district as the District prepares for the opening of the 2022-23 school year.” Oliver Lewis is a part of the superintendent’s cabinet and holds the title of Associate Superintendent of Accountability.

Adams believed by mentioning her husband’s name, Principal Lewis was showing she had “pull” in the central office. Oliver Lewis does not supervise his wife directly. He refers to Jamela Lewis as a “phenomenal leader” in his bio on the school district‘s website.

Parents and teachers see difficulties with Lewis as a symptom of wider problems in the district, including a lack of consistent leadership, consistent application of policies, or adequate professional support.

Evans says that teaching is a difficult profession and that support from administrators and the district is crucial.

“Teachers need support. Teachers are deserving of support, and to not be in an abusive relationship,” said Evans. “Expectations are fine. But communication does need to be a two-way street.”

Parents who spoke with Decaturish agree and are also concerned about the effect of a tense atmosphere on their children.

“We have wonderful teachers who deserve to work in a supportive environment to nurture and teach our children,” Rutledge said. “After what I have discovered, it is my belief that we will continue to lose our beloved teachers due to this toxic administration.  This also puts our children at risk.”