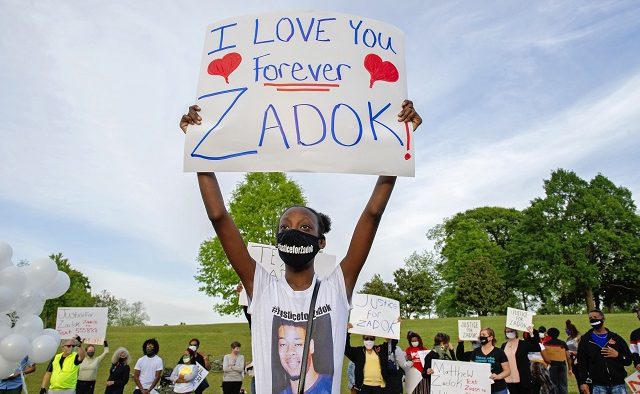 Alyjah Williams holds a sign during a candlelight vigil for her uncle Matthew Zadok Williams at Freedom Park in Atlanta on April 23, 2021. Photo by Dean Hesse.
Share

DeKalb County, GA — Matthew Zadok Williams, 35, was shot and killed inside his home in April 2021 by a DeKalb police officer.

According to records from the DeKalb County Police Department, officers were responding to a “suspicious person call” that was “later updated to a person armed call.” Williams was allegedly carrying a knife at the time of the incident.

On June 28, 2022, the DeKalb County District Attorney’s Office announced there would be no charges for the officer who shot Williams, according to CBS Atlanta.

DeKalb County District Attorney Sherry Boston announced her decision at a press conference. She explained that part of her reasoning is that officers feared imminent harm from Williams, according to CBS 46. The DA determined that the use of force was justified in this case. Family members have also asked whether officers tried to help Williams in a “timely manner” following the shooting.

To read the full story from CBS 46, click here.