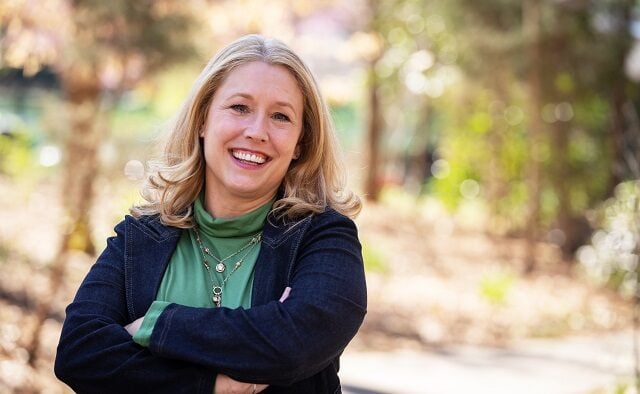 Decatur, GA — On May 24, it appeared that Michelle Long Spears wouldn’t make the June 21 runoff in the DeKalb County Commission District 2 race after returns showed her in third place.

But Spears and her team challenged the results, resulting in a hand count that reversed her fortunes, putting her in the lead and removing another candidate, Marshall Orson, from the running.

“It was a wild ride, but the ones who stuck with us and stayed focused on a positive vision for District 2 showed that our community is ready for a compassionate progressive to move us forward into a more equitable and just future,” Spears said in an email to supporters after prevailing over Lauren Alexander in the June 21 runoff. “I am ready to roll up my sleeves and get to work for the residents of District 2. I believe in our purpose, people, and potential and I look forward to uniting us behind a shared vision for the future of DeKalb.”

Spears won with 61 percent of the vote.

A recount was conducted after Spears raised questions about the May 24 primary and reported that some precincts were reporting she received zero votes — including her own precinct. The issue was due to a technical error in the precinct scanners.

A few different factors contributed to the problems with the District 2 race, including removing a candidate from the ballot. Don Broussard dropped out of the race for the DeKalb Commission District 2 seat. That withdrawal caused a mistake in the programming of the precinct scanner and led to inaccurate vote counts for two candidates. Challenges from redistricting also impacted the race.

The issues with the May 24 primary caused the county Elections Board to briefly delay certification of the May 24 election results. According to DeKalb Voter Registration and Elections, election workers were able to conduct concurrent audits of all other races to confirm the technical error was isolated to the county commission District 2 race.

But other candidates weren’t so sure, and Orson asked the GBI to investigate the May 24 primary in DeKalb County. The GBI declined.

“While we came up short in the vote tally, I want to thank you all for your support,” Alexander told her supporters. “I may not be your next commissioner, but I will continue to fight for the issues so many of you shared with me, like choice, gun safety, delivering basic services and affordable housing. I called and congratulated Michelle last night. DeKalb deserves to be an example of what a true representative government can achieve. Let’s work together to make it so.”

Here are the results from the June 21: 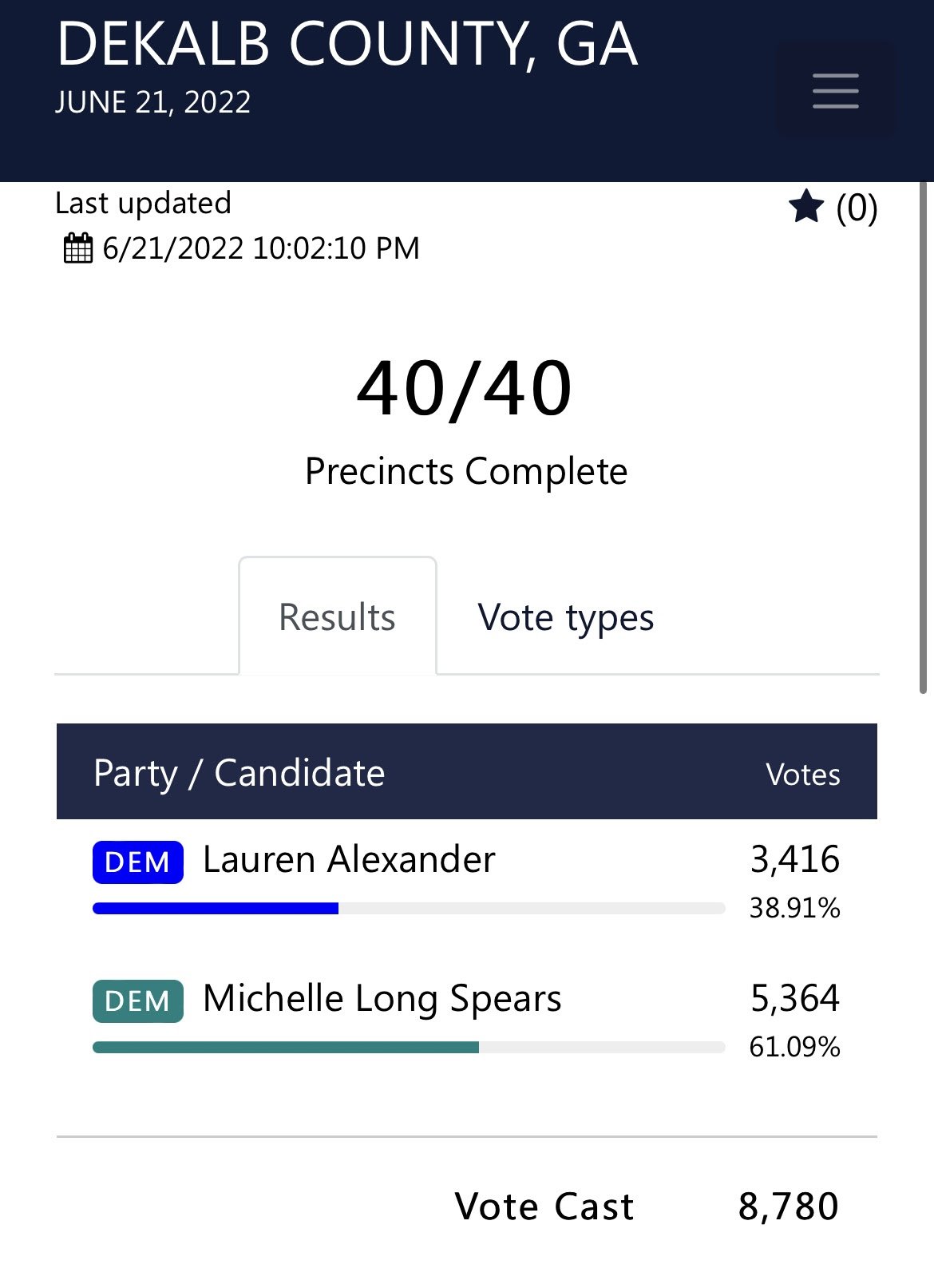