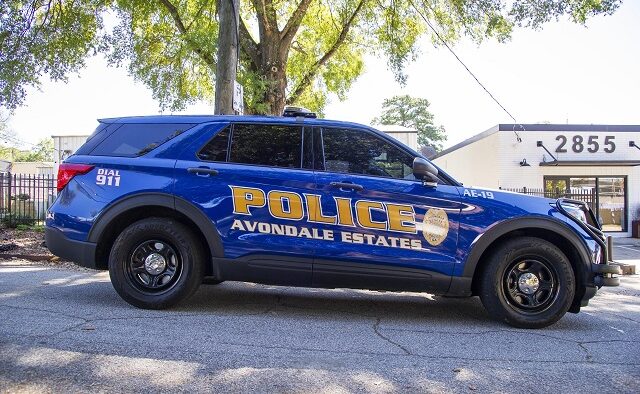 Police Chief Harry Hess presented a proposal for the purchase at the July 13 work session. The police department currently has 15 marked patrol vehicles and one unmarked vehicle. The department has a staff of 15 full-time officers and one part-time officer.

Three vehicles were decommissioned before Hess became the police chief in April.

The replacement schedule for police vehicles would be driven by the model year, mileage and mechanical condition of the vehicles.

“Emergency response vehicles are expected to be in service for seven years or 100,000 miles,” Hess said. “This life span is in part due to the stop-and-go nature of the job and extreme use responding to emergency calls for service. Additionally, the life of the vehicle can be shortened due to lack of care or preventative maintenance being performed.”

To reduce the hours the engines are used, Hess has advised the officers to turn the vehicles off when not on calls for services and away from their vehicles. All cars would also be outfitted with in-car cameras going forward. Currently, only the marked vehicles purchased from 2019 have in-car camera systems.

Hess has requested the city purchase six 2022 Ford Utility Police Interceptor vehicles as patrol cars, and three Ford Mustang Mach-E’s for administrative use. The Mach-E’s would be issued to the police chief, the CID sergeant and the deputy police chief.

Over the last three years, the city has tried to create a sustainable environment by purchasing hybrid vehicles, but those aren’t available for the city to purchase yet. Hybrid vehicles weren’t an option for the police interceptor vehicles this year.

“However, Wade Ford does have available an all-electric vehicle that has been used for police administrative purposes in other jurisdictions including Dunwoody, the city of Savannah school district police and other agencies that are looking to acquire those,” City Manager Patrick Bryant said. ” That is a Ford Mustang Mach-E.”

The Mach-E’s are not ready for patrol use.

“There is not a manufacturer who has developed an upfit package for any EV other than the Tesla Model Y, which is a very, very expensive product, for patrol use,” Bryant said. “But they do have upfit packages on this vehicle for administrative use.”

The lifecycle of the vehicles is expected to be seven years.

“After all of that research, the anticipated savings on fuel and maintenance costs over the seven-year period for those three vehicles is $84,000, and we feel like that’s a conservative estimate,” Bryant said. “The bulk of that savings comes from fuel.”

The city staff also found a program that would install three charging stations at City Hall. Two would be public smart charging stations, which would be available for public use. The third station would be for police use only, Bryant said.

The cost of that infrastructure would be about $6,000 to $9,000. Bryant added that the city could install chargers at the officers’ homes, but wouldn’t necessarily need to. The engines run 300 miles per charge.