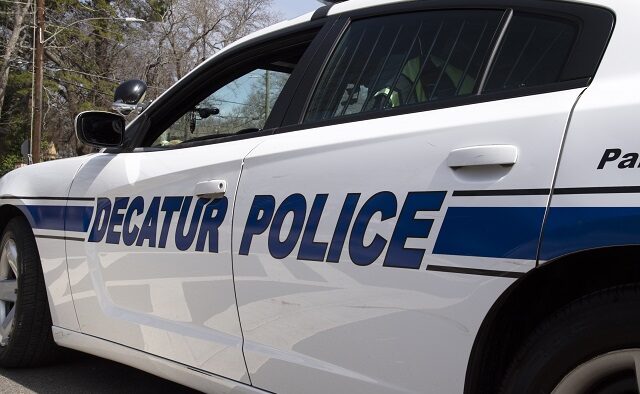 Decatur, GA — Decatur Police on July 20 arrested a man accused of choking his girlfriend before setting his hotel room on fire.

Sgt. John Bender said police responded to the hotel room in the 900 block of Church Street around 11:39 p.m. in response to a call about a domestic dispute.

“An adult female explained to officers she was choked by an adult male she is in a relationship with,” Sgt. Bender said. “The incident occurred in front of the female’s juvenile daughter. Officers located the male in the rear of the hotel complex and attempted to speak with him. The male ran from the officers back to his hotel room, locking himself inside. Once inside the room, the male barricaded the door and set the hotel room on fire. Officers were able to force entry into the room and convince the male to exit.”

Police identified the suspect as a 30-year-old Decatur man, and he’s facing charges of aggravated assault, first-degree arson, third-degree cruelty to children, and obstruction of a law enforcement officer.

Here are other notable recent arrests:

“The driver of a red GMC Yukon was observed by patrons in the area striking a parked vehicle, a tree and a planter all within the parking lot of a business,” Bender said. “The vehicle then left the location without stopping for the accident. Officers located the vehicle near the intersection of West Ponce de Leon Avenue and Scott Blvd. It was immediately apparent to the officers that the driver was intoxicated and not suitable to drive.”

Police arrested the 41-year-old driver and charged them with DUI and hit-and-run.

– Decatur Police have made another arrest for public indecency.

On July 21, at 9 p.m., Decatur Police responded to an apartment complex in the 700 block of Atlanta Avenue after getting a public indecency call.

The man, identified as a 72-year-old Decatur resident, urinated on a vehicle in the apartment parking lot in front of several residents standing outside. He was charged with public indecency.

This is the fifth recent arrest for public indecency. For more information about the other incidents, click here.