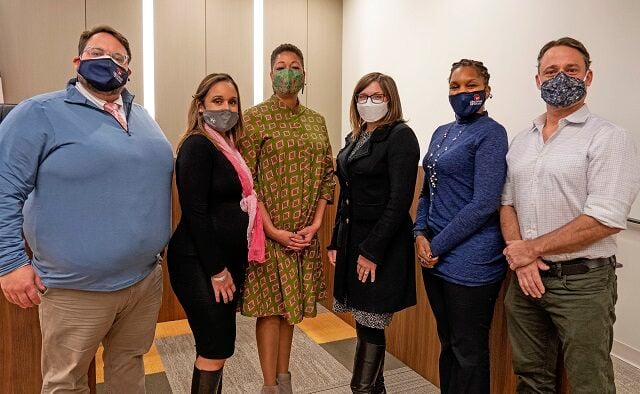 The school board also learned that funding for 16 staff positions may be added to the fiscal year 2023 budget at a cost of $2.1 million. The board will discuss another budget amendment in August to address the funding for these positions.

During the meeting on July 12, Superintendent Maggie Fehrman explained that the district needed to eliminate 26 positions through attrition, but only eliminated 10 positions. The fiscal year 2023 budget was built on the assumption that 26 employees would be leaving the district.

“We also only wanted to eliminate positions that were vacant due to natural attrition, so that was one of the caveats as we were implementing this new staffing allotment,” Fehrman said. “We finished staffing our schools. At the end of the day, we realized that we were only able to eliminate 10 positions instead of that 26 that we had initially anticipated…”

That leaves 16 positions that are filled and need to be funded, since the funding was not included in the FY 23 budget.

The amendment made to the budget on Tuesday night also includes three new staff positions — a communications and public relations coordinator, an equity coordinator, and a music teacher at Westchester Elementary School.

The equity coordinator position was identified earlier, but did not initially make it into the FY23 budget. The music teacher at Westchester retired, and this was a position CSD anticipated not filling.

“We were thinking okay, we’ll split a teacher between two lower elementaries, but then as they were building their schedules in June, there was just no way to split a teacher between two schools,” Fehrman said. “The good news is that this position would also be to support our three through five orchestra program. I think it’s a win-win for us as a school system to make sure we are having a music teacher at Westchester to give those kids that early music experience, and then also supporting our orchestra program at our upper elementaries.”

The amendment also includes funding for the contract with the Georgia School Boards Association to conduct the superintendent search, increased fuel costs and bus maintenance, increased insurance premium and a custodial contract.

“If we go back to the 2019 budget, we were operating a school system with 5,600 students, so a little over 100 more students than we have today. In the 2019 budget, we had something like a $72 million budget,” School board member Hans Utz said. “So three years later, we’re talking about an $89 million budget. It’s a $17 million increase in the budget in three years, and we’re teaching 100 fewer students now. I’m uncomfortable with where we are.”

He added the district needs to look at expenses. He also acknowledged that some of that increase is due to COVID-19 and federal funding.

“This is a year where seniors are getting hit with tax bills for the first time in a number of years,” Utz said. “I’m just uncomfortable looking them in the face, saying that we’re being as efficient as we possibly can. Seventeen million dollars is a huge increase over three years. I’m not comfortable — unless we’re talking about finding dollars in this budget to cover some of this — moving forward expending some of these funds in this way.”

Utz also said he would like to see a plan on how the district can “get back out of this place within three years.” Utz cast the lone opposing vote to the $640,000 budget amendment, which was approved by a 3-1 vote.

Fehrman added that as the influx of funding from the state, such as the funding for the $2,000 bonuses, that will increase CSD’s budget. There were also personnel hired with CARES Act funding that were put back into the general fund this year, which was over $3 million.

“There we’re talking about already an increase in our overall budget by about $5 million, so I think that accounts for some of this growth,” Fehrman said. “I do agree that student enrollment is decreasing. That’s why we adopted the new staffing allocation formula to try to decrease operational costs overall to address that.”

Board member Tasha White asked for a breakout of the items that make up that $17 million increase to look at where the efficiencies are, if any.

“What is that number that we really can work with to bring down and what were the other numbers related to COVID and the CARES Act and promotions that we can put in a separate bucket that we can’t touch,” White said. “I would love to see that broken out at some point, and I think we’d be able to tackle potential inefficiencies better.”

The fiscal year 2022 saw some changes, as well, in the ending budget from unanticipated additional funding from the state. CSD was refunded $1.3 million as austerity cuts were restored this year. The district also received funding from the state to give employees a $2,000 bonus, and the school system was held harmless this year on enrollment for the quality basic education formula.

“Even though we did not meet expected enrollment last year that the state had projected us to be at, they did not deduct any of that on our QBE formula,” Fehrman said. “So the money they sent us was equal to two years ago, but they will be adjusting it this year. Our upcoming budget has reflected a decrease in enrollment and a decrease in our QBE allotment.”