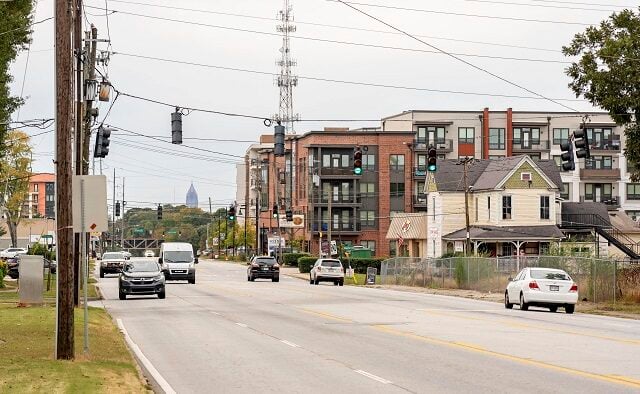 Avondale Estates, GA — The city of Avondale Estates is hosting an open house to share information about the city’s capital projects on Aug. 16 from 5-7 p.m. at City Hall, 21 N. Avondale Plaza.

– The Town Green: The final items of the Town Green construction are scheduled to be finished by the end of August. The city anticipates opening the market pavilion after Labor Day. The city is also installing a four-foot-tall fence, temporarily, along the North Avondale Road side of the park as a safety precaution until the U.S. 278 Complete Street project is completed.

– U.S. 278 Complete Street Project: Construction documents are almost finished for the U.S. 278 road diet. Negotiations with property owners to obtain rights-of-way, easements, and driveways will wrap up in 60 days. The project is scheduled to go out for bid in the first quarter of 2023, which is contingent on finalizing right-of-way plans and approvals from the Georgia Department of Transportation. The bidding process will take about three months and construction mobilization will take about 30 days. Construction is set to begin in the second quarter of 2023 and will take 12-18 months.

– North Woods Stormwater Improvements: Phase one of the North Woods stormwater project will be complete by the end of the month, weather permitting. During phase one, an ADA-accessible walking trail will be extended to connect the sidewalk at the northwest entrance of the North Woods to the Lake Avondale trail. The city received a Land and Water Conservation Fund grant for the project, and the grant has been extended to Sept. 30 to provide a cushion in case of weather delays.

Phase two of the project will be announced once materials have been secured. In phase two, the swale will be enhanced and realigned, repairs to the eroded stream bank will be make and three rain gardens will be installed to slow and filter stormwater that goes into the lake.

Pond Engineering is making concept drawings for extending the sidewalk and adding two crosswalks and bike lanes, as well as providing the city with an estimated cost of the improvements. The community will be able to review concepts designs during the open house on Aug. 16.

The city is working on acquiring some right-of-way by Savage Pizza to make the sidewalk wider and will apply for a grant for GDOT’s “Small Cities for Transportation Alternatives Projects” to offset additional costs identified in the survey.

– Stormwater Hydrologic/Hydraulic Model: The city’s request for proposals to complete a stormwater model for the city’s overall drainage system closed July 29. The model will help identify the size, scale and location of new and upgraded infrastructure to address flooding issues. Evaluations and interviews will begin in August.

– Repaving Priority Project: The city is in the process of identifying and prioritizing roads, sidewalks and curbs in need of repair or repaving. The city will finish collecting data by mid-August and will release a request for proposals in September. Repairs are expected to begin later this year.

– Berkley Sinkhole/Storm Drain Cleaning: A contractor has been selected and pricing approved to repair the sinkhole and clean out the drains at Washington and Pine, where the city is experiencing extreme flooding. Work is expected to begin in the next 30-60 days, contingent on the delivery of materials.

Bryant said it’s “truly remarkable” that the city has eight capital projects going on at the same time.

“Unless you’re here on a daily basis working in the office, I think it is hard to understand how much the [city] staff is punching above their weight. We’ve got a lot going on,” he said. “We’ve got a lot of work, we can’t stop, we got to figure out how to do it, and we’re doing it, and we’re really proud.”