Construction has begun on cottage court project on Commerce Drive

Construction has begun on cottage court project on Commerce Drive 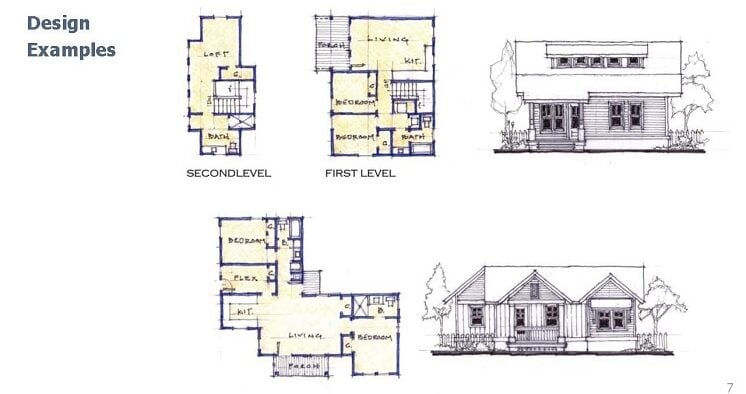 Decatur, GA — Construction has started on the cottage court project, located at 230 Commerce Drive in Decatur.

During the Decatur Downtown Development Authority meeting, Planning and Economic Director Angela Threadgill said the project broke ground earlier this month. So far, the contractors have been working on grading and removing unhealthy trees.

The DDA is partnering with Atlanta Neighborhood Development Partnership to develop the project known as Oak Cottage Court.

“If you have driven by that site, it looks very different,” Threadgill said. “We’re rolling on this project. It’s really exciting to partner with ANDP and Fortas Homes.”

DDA Chair Conor McNally agreed that this was an exciting step in the process.

“It’s been a long time in the making, so it’s a major milestone to get started,” McNally said.

The city did have to close the sidewalk on Commerce Drive by the development. There will be a drive up to the site and there will be a three-feet tall retaining wall to hold back the earth.

Some trees have been cut down on the site. Threadgill told the Decatur Planning Commission at its Aug. 9 meeting that a majority of the trees removed were not in good health.

“Some were at risk of falling on adjacent properties. I point this out only because it is a big change for that streetscape. If you head up or down Commerce, and you’re going through that curve, it is a big change,” Threadgill said. “There is a tree replacement plan. The city arborist and the inspectors are watching this project heavily.”

“The whole idea behind this is to be a pilot project to show the private sector that this is a viable building type and a desirable building type. I am presently in conversation with a private developer who would like to do this in the city. We’re exploring some different types,” Threadgill told the DDA on Aug. 12.

She added the properties being looked at are currently privately owned.

Threadgill also said that depending on the number of houses, a future project would be required to meet the mandatory inclusionary housing ordinance, so there would be a potential for the Decatur Land Trust to be involved with the affordable units.

In May, the DDA increased its financial commitment to the Atlanta Neighborhood Development Partnership from $200,000 to $250,000 for the cottage court project site construction.

In other business, the DDA approved an agreement with Retail Strategies for $25,000 of a retail education training program.

The program is for up to 10 people and will likely be made up of members from the DDA and the city commission, tourism bureau staff, city staff and possibly a business owner.

“Once I reviewed the programming, the best option for us, they had two options, was the retail academy, which is a one-year program, but they bring us in and teach us,” Downtown Programs Manager Shirley Baylis said. “They gather all the data for us first of all, and then they teach us how to read the data, and then they teach us how to do the pitch. They actually will also take us to the national conference where there are larger companies and regional companies so that we can do our pitch there as well.”

Retail Strategies will provide the city with data about demographics and businesses.

“Because we are a smaller city, [Retail Strategies] did talk about getting data for the corridors that come into the city as well, for us, which will help us understand where people are coming from, what they’re doing, where they’re shopping at, and different things like that, what they’re looking for,” Baylis said.

The city would use that data in a pitch to go to businesses and talk about why Decatur would be a good location for them. The data would also inform the city’s marketing material.

Baylis added that she reached out to other cities who participated in the training and was able to talk to the city of Warner Robins. City staff from Warner Robins said the program was worth it because of the demographic data they received and the city learned how to tell their story better.

“They actually had tried to reach national companies that would give them a hard no at the door. Because they were able to tell their story better and because they knew how to read the data and present it, those companies came. They reached out to five companies to do their pitch, and they got all five companies,” Baylis said.