Crash on Scott Boulevard leads to arrest of driver

Crash on Scott Boulevard leads to arrest of driver 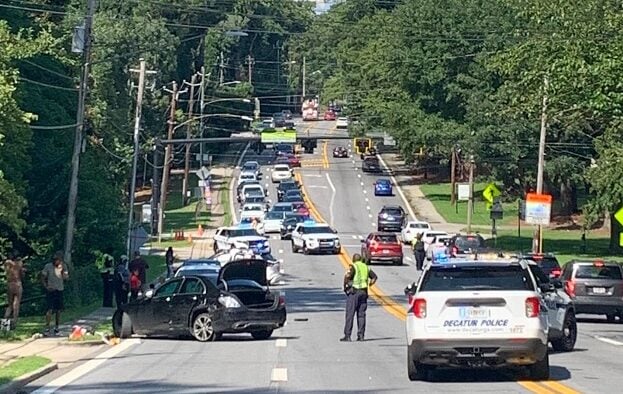 An Aug. 29 crash on Scott Boulevard resulted in the arrest of a driver. Photo obtained via the Decatur Police Department.
Share

Decatur, GA — A crash that temporarily closed a lane of Scott Boulevard on Aug. 29 resulted in the arrest of one of the drivers.

Police arrested the 23-year-old driver of the Mercedes, who was accused of driving on a suspended license, failing to maintain a lane, and driving too closely. The front-seat passenger, who had a warrant from another agency, was transported to a hospital for evaluation. The passenger is accused of shoplifting in another jurisdiction, according to Bender.