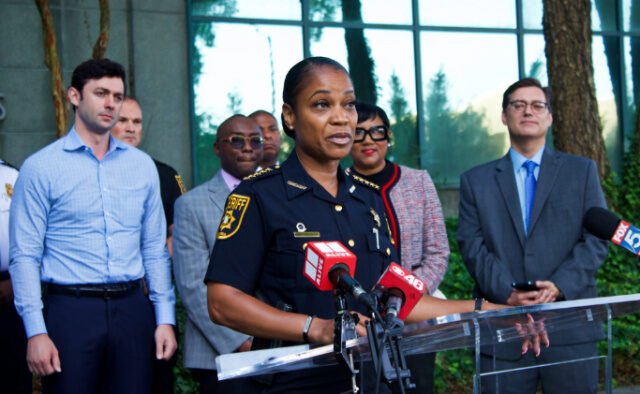 Content warning: this story is about a lawsuit that contains graphic descriptions of sexual assault.

DeKalb County, GA — DeKalb Sheriff Melody Maddox is named as a defendant in a federal lawsuit that accuses her of doing nothing to address sexual harassment by inmates toward female employees.

News of the lawsuit was first reported by the Atlanta Journal Constitution.

“Maddox and [the DeKalb County Sheriff’s Office] have maintained, on a systemic level, a working environment that is sexually hostile to the Plaintiffs and other female staff of the DeKalb County Jail, by acting with deliberate indifference to endemic, well-known sexual harassment of female staff by inmates,” the lawsuit says. “Inmates are constantly a threat to female detention officers’ safety, and they are not held accountable for their dangerous and harassing behavior.”

The lawsuit says that despite the employees’ complaints, the sheriff did not resolve the problems or punish inmates who engaged in the harassing behavior.

According to the lawsuit, during one of the roll-call meetings, a command staff member stated, “The locks are not a priority right now. We do not have the money now.”

One current employee, a security technician, reported having to stack objects high enough, so inmates can’t see her while she does her job. Another detention officer overheard inmates discussing plans to rape female officers, the lawsuit alleges. Another inmate tried to grab her genitals. That inmate was never punished, the lawsuit says. That detention officer worked under three different sheriffs, but said things were the worst under Maddox.

Another detention officer reported an encounter with animate who is charged with felony child molestation, among other sexual offenses. The lawsuit says the inmate “popped out of his cell” and masturbated in her view. She requested a warrant be taken out against the inmate, but that never happened.

The employees said the inmates’ unpunished conduct caused them to panic and suffer mental anguish.

“Defendant violated the Equal Protection Clause by allowing female staff, including Plaintiffs, to work in a sexually hostile work environment and denying their right to equal protection of the laws,” the lawsuit says.