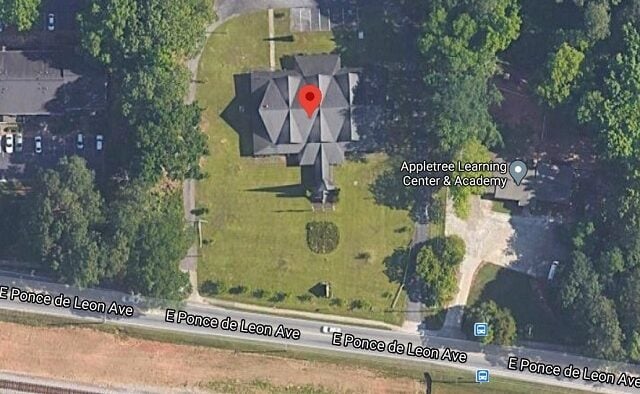 DeKalb County, GA — The city of Tucker sued the city of Clarkston in 2020, as well as the Housing Authority of DeKalb County and a developer, over a plan to build an affordable apartment complex along 4692 East Ponce de Leon Avenue.

The property in question is partially in the city of Tucker and couldn’t legally have been annexed by the city of Clarkston back in 2018. On Jan. 25, the DeKalb County Commission approved a deannexation of the disputed property that should’ve settled the lawsuit.

But the next month, Tucker continued its fight. In February, the city filed a motion for partial summary judgment, records show.

Mark Ford, an attorney hired by the city of Tucker, previously said the ordinance to deannex the property is not legal because it never belonged to Clarkston in the first place.

Clarkston accused Tucker of having an ulterior motive in fighting the deannexation: blocking an affordable housing project on its border along East Ponce de Leon Avenue.

DeKalb Superior Court Judge Courtney Johnson’s order expresses skepticism about Tucker’s quest to keep litigating the annexation, considering the county deannexed the property in question and that property can’t be devleoped in any case because it’s in a flood plain. In addition to being “unbuildable,” the lawsuit notes it was previously owned by a church, so it wasn’t providing any tax revenue to either city.

“As Defendants point out, and Plaintiff concedes, the portion of the Property over which Tucker seeks to assert jurisdiction is non-taxable, non-inhabitable/buildable wetlands/stream buffer,” Judge Johnson wrote. “Because of that uncommon but undisputed status, Tucker does not have a legally-cognizable injury necessary to contest the annexation of that parcel in this Court, having lost neither tax revenue nor any concrete regulatory/governmental interest.”

The housing complex itself is not in Tucker’s boundaries.

“The Court also notes that Plaintiff’s own core map exhibit contains a prominent disclaimer saying that it is not to be used for the purpose Tucker cites it for, i.e., determining a jurisdictional boundary,” Judge Johnson wrote. “Specifically, the United States Census Bureau map that Tucker cites has the following disclaimer on it: ‘All legal boundaries and names are as of January 1, 2010. The boundaries shown on this map are for Census Bureau statistical data collection and tabulation purposes only; their depiction and designation for statistical purposes does not constitute a determination of jurisdictional authority or rights of ownership or entitlement.’ … The Court accordingly is dubious about whether Tucker may legitimately use the map for precisely the purpose the creator of the map says it is not intended to be used for. At the very least, the Court cannot take that boundary as an undisputed fact at this stage of the litigation.”

The city of Tucker is considering whether to continue its litigation against Clarkston, according to a spokesperson.

“The city of Tucker has received a copy of the ruling issued by the Superior Court of DeKalb County in our case against the city of Clarkston and the DeKalb Housing Authority,” the spokesperson said. “At this time, we are awaiting a thorough review with our legal counsel before we comment further.”

Clarkston Mayor Beverly Burks said the lawsuit is a waste of money.

“The city of Clarkston is glad the case was dismissed, and no longer has to waste tax dollars on legal fees,” Burks said. “As mayor, I extend my gratitude to the DeKalb County Commissioners, the DeKalb Housing Authority and Peachtree Creek on Ponce Apartments for helping Clarkston provide affordable housing options to our residents. Many of the residents are essential workers, and I am honored to have them make Clarkston their home.”