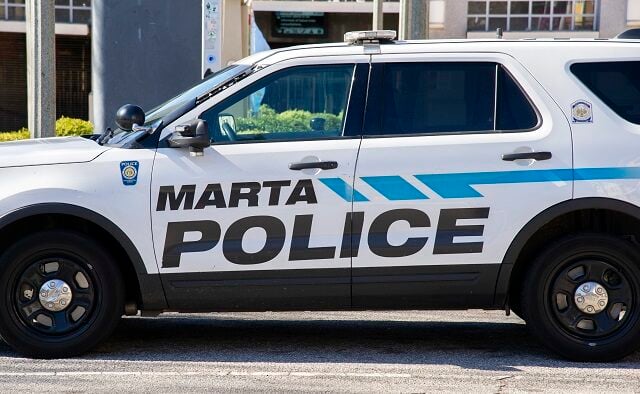 After this story was published, and after much back and forth between Decaturish and MARTA Police, MARTA released the following statement about this incident:

There was an incident at Kensington Station on Monday, Aug. 8 that led to a foot chase that was witnessed by adults who were outside of Camp Scene. The incident that sparked the chase did not rise to the level of a crime and there was no victim nor arrest, therefore no case number was assigned. The incident and chase were documented and passed on through the overnight report to officers Tuesday morning but absent a case number, the information did not show up in Sgt. Deneya Littles’ search.

The incident is under internal review and once that is complete, a case number will be assigned and that information provided to you. MPD is not in communication with the camp regarding the incident.

Decaturish has requested additional information about what prompted the foot chase. Here is our earlier story:

Decatur, GA — On Monday, Aug. 8, the parents of campers at Camp Scene in Decatur received a shocking email.

“We wanted to make all families aware of an incident with police involvement that took place at camp today during pickup close to 6 p.m.,” the email said. “While two staff members and five campers were near the gate on Sams Street for carpool, a suspect in police pursuit dashed through the gate and toward the back of the empty playground. Two police officers drew weapons as the suspect fled without interaction. The remaining campers were inside, and staff members instituted a lockdown. The campers outside were immediately released to, or already with, their parents in the carpool line.”

The email says the police department isn’t providing any information about a potential crime or where it took place. Camp Scene is cooperating with the agency and will provide witness statements.

“Thankfully, all involved campers and staff are safe and well, but we wish that no one would have to witness an alarming event such as this,” the email says.

The statement didn’t note which agency was involved. A message to the organization was not immediately returned. Decatur Police say it wasn’t them. Spokesperson Sgt. John Bender said MARTA Police were involved.

Sgt. Deneya Littles, a spokesperson for MARTA Police, said they have no record of the incident.

“We do not have a record of chasing a suspect at that location,” Littles said. “Nor is there record of a chase occurring near that time period. If that was our incident, we would have had to generate a police report.”

MARTA Police said the chase is not connected to the arrest of a man who fired a gun at the Inman Park MARTA station on Aug. 8.

Police arrested a suspect in that case on Aug. 11. Atlanta City Councilmember Liliana Bakhtiari posted in the Edgewood neighborhood Facebook group following that arrest and said the same man was walking around and loading his gun last week near the Whitefood Early Learning Center.

MARTA Police have identified that suspect as Alim Bridges, 21. He was arrested at the H.E. Holmes Station.

He’s charged with two counts of reckless conduct and discharging a firearm or pistol near a public highway or street.