Medlock Park playground due to receive $240k upgrade this spring

Medlock Park playground due to receive $240k upgrade this spring 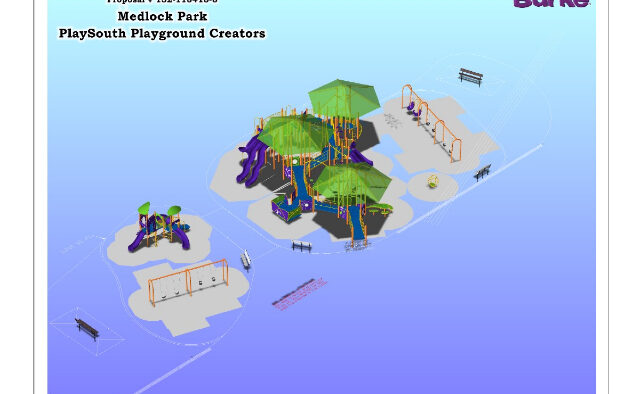 A rendering of plans for the new Medlock Park playground. Image provided to Decaturish
Share

Greater Decatur, GA — The Medlock Park playground is due to receive a major upgrade this coming spring.

According to plans forwarded to Decaturish.com, the new playground equipment will cost about $240,000 and will be constructed by PlaySouth Playground Creators. The new park will include shaders for the playground equipment. The final cost will be likely higher due to labor and shipping costs. To see the full proposal, click here.

DeKalb County Recreation, Parks and Cultural Affairs emailed resident Jesse Winchester with details about the project after he inquired about it.

“Nothing beats having a nice playground that kids can’t even use because it’s beyond hot,” Winchester wrote to the county’s parks and recreation department. “This playground has been here since I was a kid and I believe it’s time for an upgrade that includes shaders which will allow the kids to enjoy the playground during the summer break. Before Covid hit in 2020 funds were allocated for a brand-new playground at this location, but now they have suddenly disappeared.” 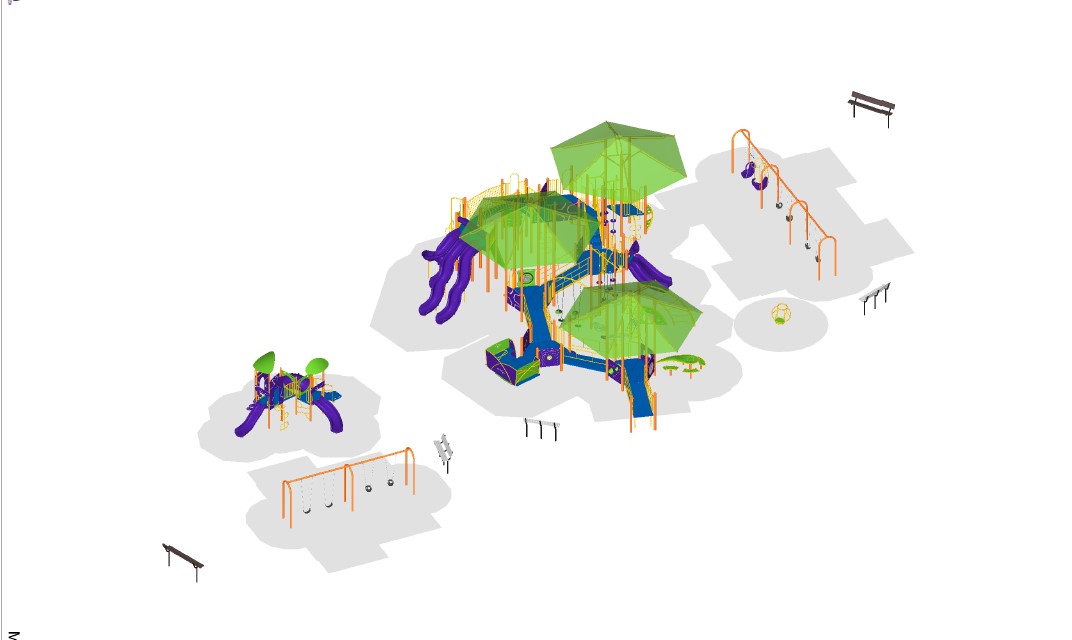 A rendering of the new Medlock Park playground. Image provided to Decaturish

In response, county officials assured him the funds have not disappeared. In fact, the project will soon be considered by the DeKalb County Commission.

“We have the proposal for the replacement playground, which is part of SPLOST,” Division Manager Paige K. Singer wrote. “It’s with our procurement department and should be approved by the [DeKalb County Commission] in the next few weeks. Once approved, the playground will be ordered and installed in early spring.”

Supply chain issues are also a factor in the construction timeline.

Project Manager David Fischer said in an email, “Due to the supply chain issues impacting everyone, it will take approximately 4 to 5 months to receive the equipment once ordered then 60 to 90 days to complete demolition of the old structure and installation of the new one. We are excited to get this one moving and are working diligently to get a new playground for your community.”

DeKalb County Commissioner Jeff Rader has some frustrations with the process for getting the new park built and he said it’s a frustration shared by residents.

“It is true the funds have not disappeared, but I do think that people are impatient for the improvements that were promised in the SPLOST, and they haven’t often been coming as quickly as people have a reason to expect,” Rader said. “Moreover, because these improvements are styled as replacements – they’re not new improvements – the SPLOST team is exercising a great deal of unilateral discretion as to the design of these projects.”

Rader said residents haven’t had much say in the design of the new playground.

“It may be that they’ve got it exactly right, but I do see some commentary … about wanting more shade,” Rader said. “Another aspect of this that’s very troubling is the drainage of that particular property. It’s in a drainage channel, essentially. At the bottom of that drainage channel water invariably collects there and there’s just a constant puddle which I imagine is attractive to insects. It’s been pretty swampy there, so they’ve said, ‘OK we’re replacing the playground,’ so I don’t know enough attention has been given to the site characteristics. That will very much affect the utility of the $240,000 they are proposing to invest in the new equipment.”