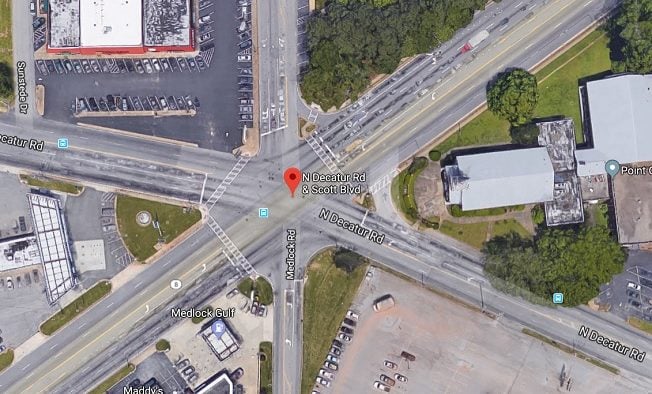 Greater Decatur, GA — A crash at North Decatur Road and Scott Boulevard – the notorious six-way intersection near the Walmart – resulted in injuries on Tuesday morning, Aug. 30.

“It wasn’t fatal but a few people were transported to a local hospital,” the spokesperson said, promising to provide additional information. 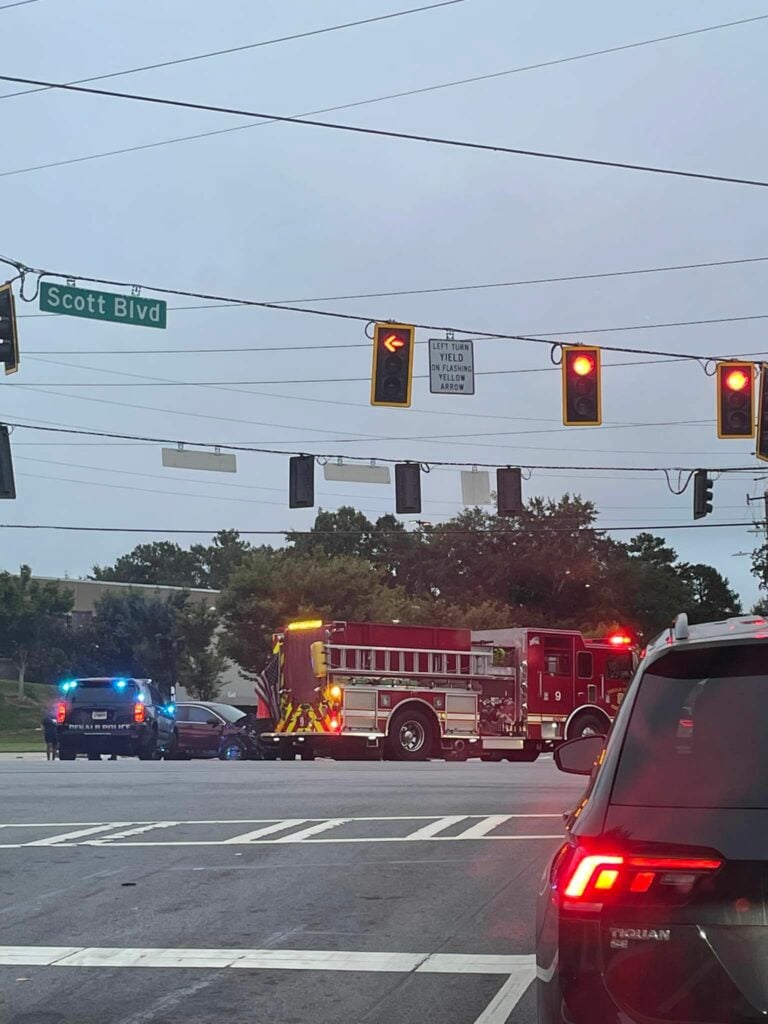 Here’s a photo sent in by Decaturish reader Tonio Andrade: 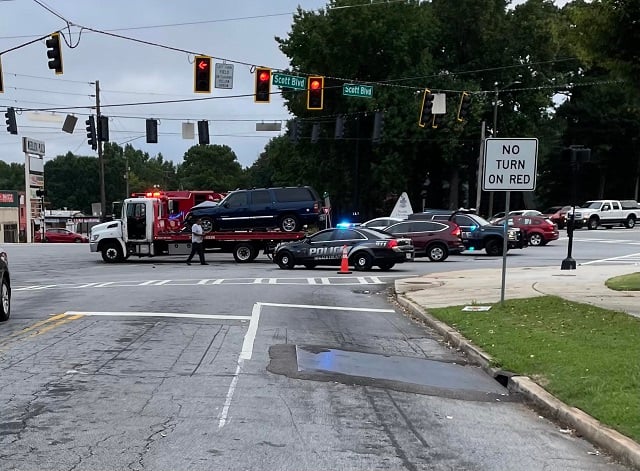