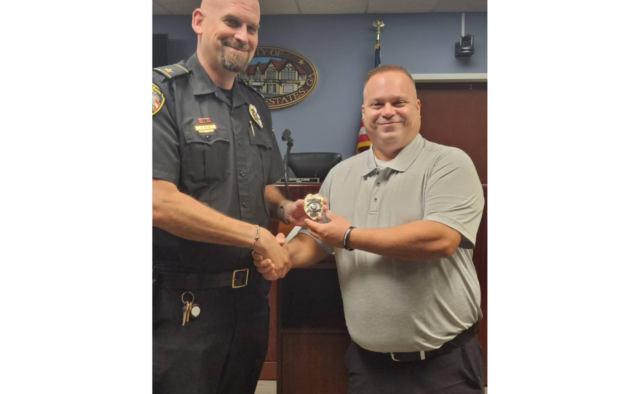 He served four years in the United States Marines Corps and is an Iraq wartime veteran. In 2005, he began his law enforcement career as a deputy sheriff with the Fulton County Sheriff’s Office, according to an announcement from the city.

“I am honored and pleased to be given the opportunity to serve the City of Avondale Estates as the Deputy Chief of Police,” Cappuccio said. “I look forward to working with the community, elected officials, and officers to enhance community relations and move the department forward.”

Cappuccio transferred to the Fulton County Marshal’s Office in 2007, and he worked in the civils unit and was later assigned to the Fulton Public Safety Academy as a corporal. In 2016, he began working with the DeKalb County Marshal’s Office, was promoted to lieutenant, and served as the evictions unit commander, training unit commander, and rangemaster.

He also has POST certifications as a general instructor, firearms instructor, defensive tactics instructor, and field training officer. He also serves as a board member for the Georgia Association of Law Enforcement Firearms Instructors (GALEFI).

“I am excited about the addition of Deputy Chief Cappuccio,” Police Chief Harry Hess said. “He brings a wealth of knowledge through his experience and education. Through his training and experience, he will further assist in moving the agency forward with the goals and vision we have for it. I feel he was the missing puzzle piece we needed, and I am looking forward to seeing what is next for our great agency.”