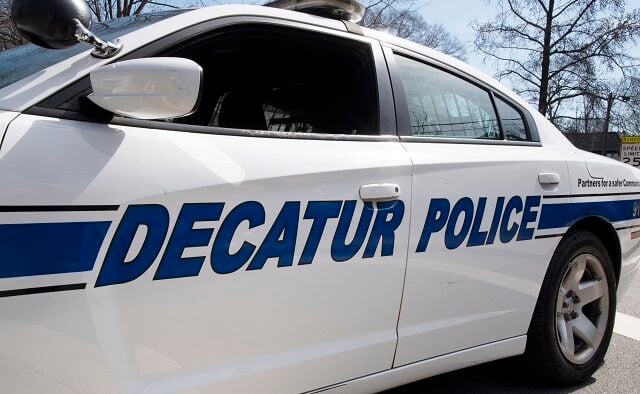 Here’s a look at recent arrests by the city of Decatur Police.

Police arrested a 26-year-old woman from Ellenwood, Ga. on charges of pointing a pistol at a person, driving under the influence of alcohol and driving on the wrong side of the roadway.

“The investigation into the incident revealed a group of four adults left a business within the 100 block of Sycamore Street and walked southbound,” Bender said. ” While doing so, an adult female approached one of the adult males in the group and began a physical fight. The female used the metal, pointed portion of a hair pick to cause non-life threatening injuries to the adult male.”

Police arrested a 44-year-old woman from Decatur and charged her with aggravated assault.

The adult female, identified as 44-year-old Akeelah Rasheed Iloya of Decatur, GA was arrested and booked into the DeKalb County Jail for aggravated assault.

— On Sunday, Aug. 28 at 11:36 a.m., Decatur Police responded to a residence int he 900 block of Church Street in response to a domestic dispute.

The woman who made the complaint, a 28-year-old Decatur resident, was arrested and charged with aggravated assault. A 31-year-old man from Decatur is currently wanted for robbery and battery, Bender said.

“The investigation revealed an adult male victim provided a ride for and an adult male and adult female acquaintance of his to the 100 block of West Ponce de Leon Avenue from a location outside of the city of Decatur,” Bender said. “Once at the location, the passengers went inside a business and shoplifted bottles of liquor. The pair returned to the vehicle, then punched and kicked the victim before pulling him out of the vehicle. The male and female entered the vehicle and fled the area. Officers located the vehicle within the 300 block of East Howard Avenue. The male and female suspects abandoned the vehicle and fled the area on foot.”

Police located the 48-year-old DeKalb County resident and arrested her for hijacking of a motor vehicle and shoplifting. Bender said the case is still being investigated.