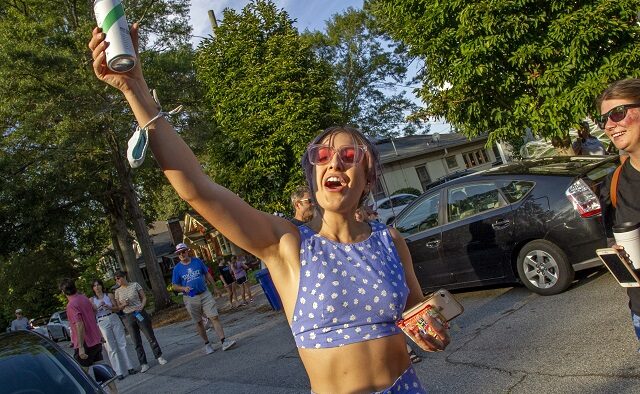 Isabella Diaz reacts to the music of The Tiger Kings during Oakhurst Porchfest on Saturday, Oct. 9. Photo by Dean Hesse.
Share

Oakhurst Porchfest will return to an Oakhurst porch near you on Oct. 8, from noon to 7 p.m.

The event transforms porches into stages in Decatur’s Oakhurst neighborhood. The event features hundreds of performances and draws numerous spectators who wander local streets traveling from house to house.

Here’s a map showing the lineup of this year’s event:

In 2015, with the Decatur Arts Alliance’s Oakhurst Arts and Music Festival scrapped because of renovations to Harmony Park, organizer Scott Doyon said he proposed hosting a Porchfest instead.

“The premise of the event is to have what we call a day of radical generosity and goodwill,” Doyon said in a 2017 Decaturish article about the event. “We put out that any genres are welcome. Anybody that signs up, we’ll find them a place to play.”

The first Porchfests were held in Ithaca, N.Y., and the festival has been replicated dozens of times around the country.

For more information about this year’s event, click here. 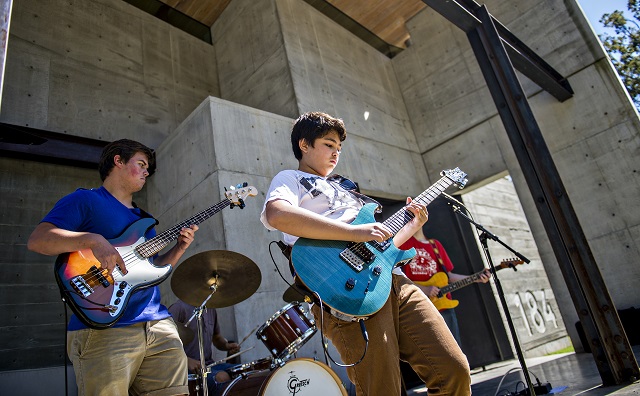 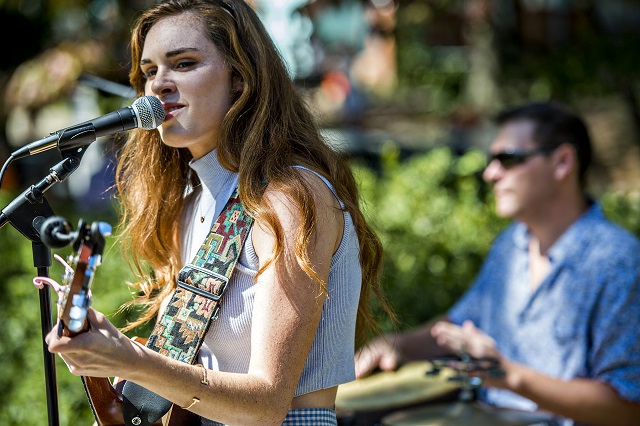 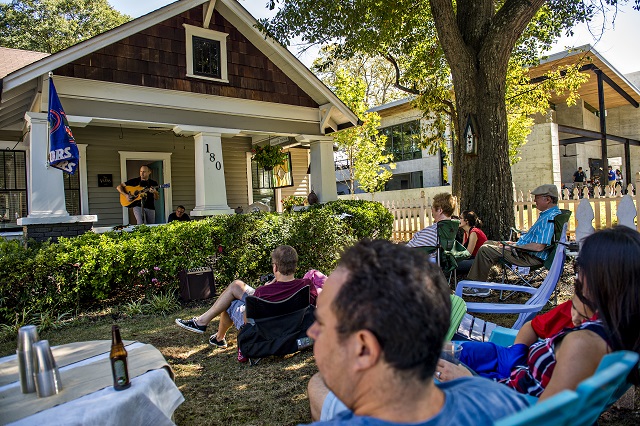 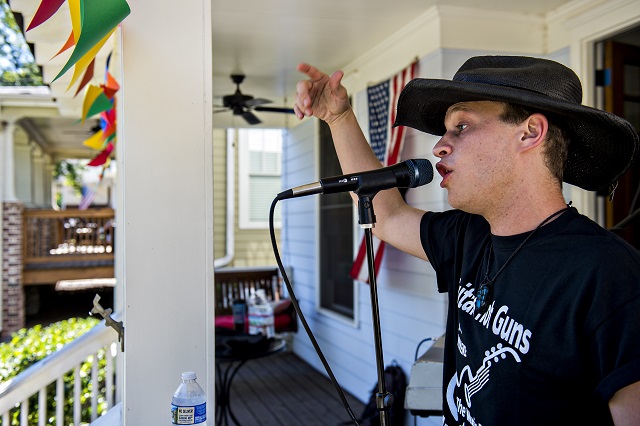 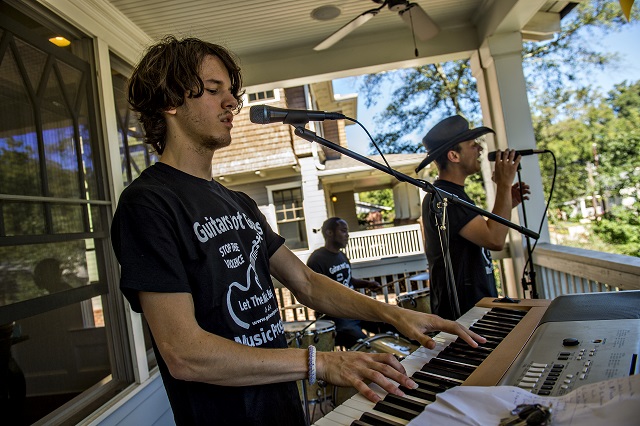 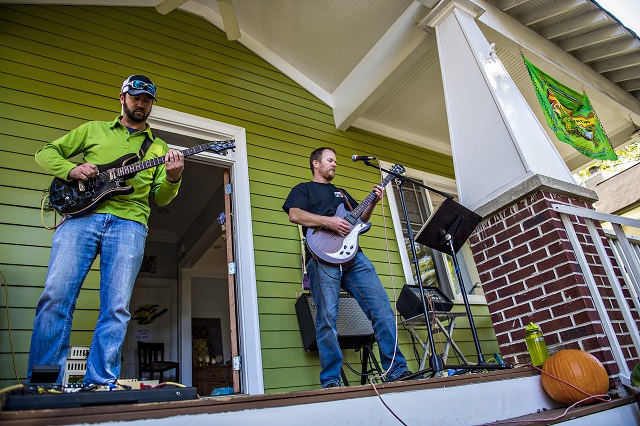 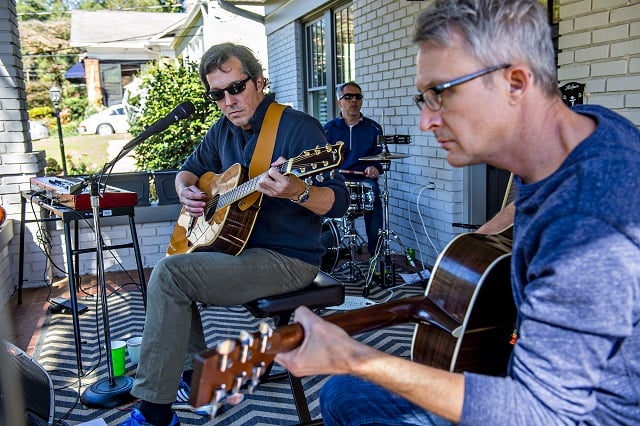 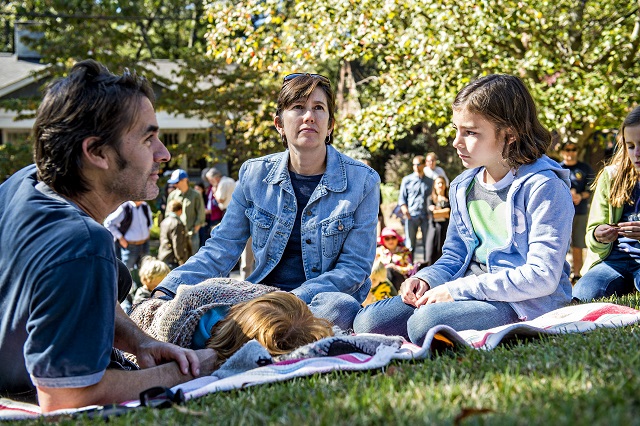 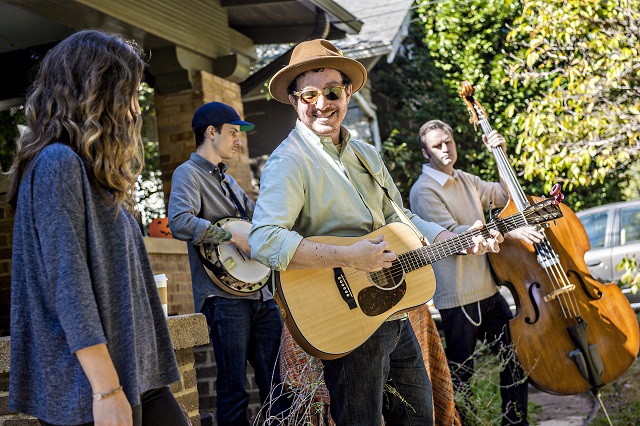 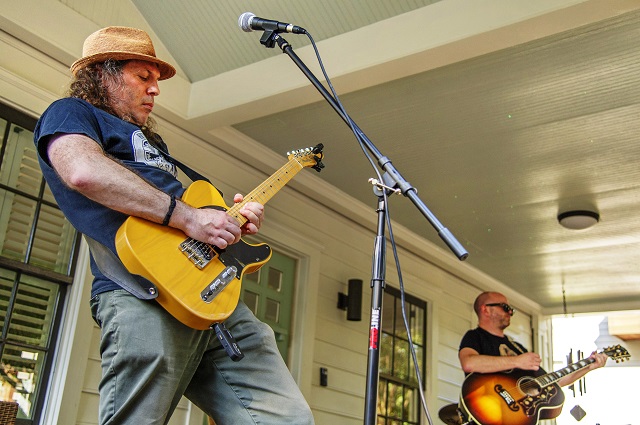 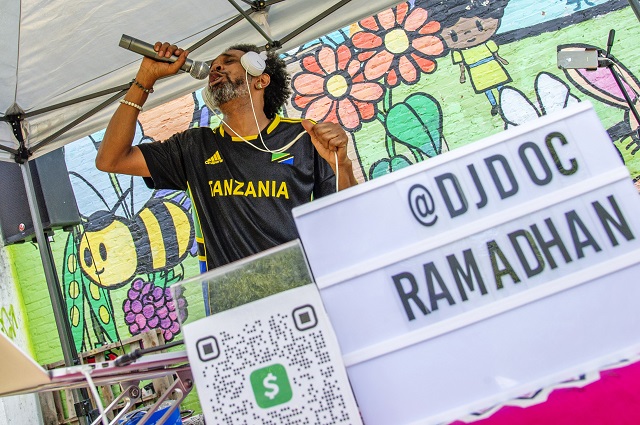 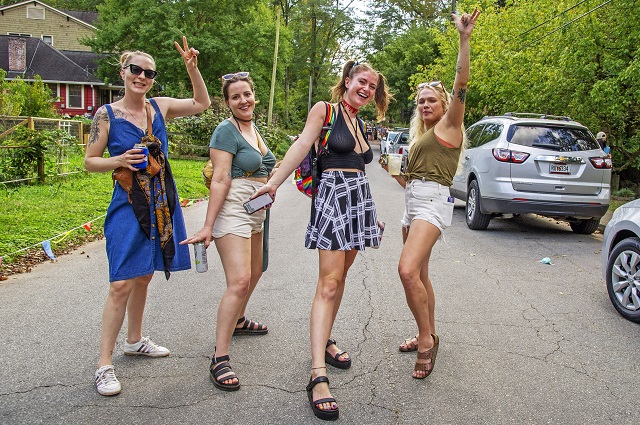 Michou, Rose Lane, Kat Howell and Mali Perry on their way to the next porch concert during Oakhurst Porchfest. Photo by Dean Hesse. 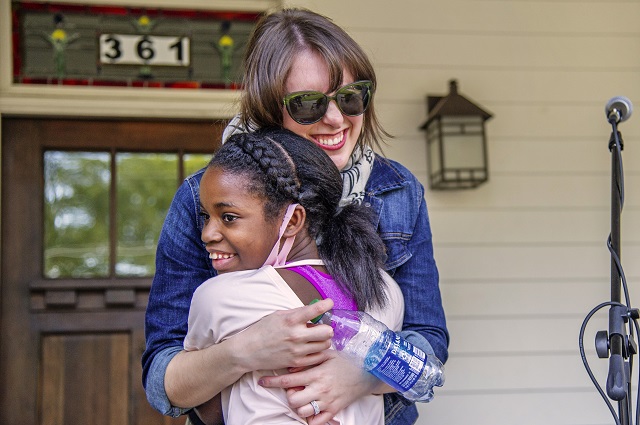 Vocalist Inez Czymbor gets a hug from Holli Morgan, 12, after her performance with Electric Idol during Oakhurst Porchfest. Photo by Dean Hesse. 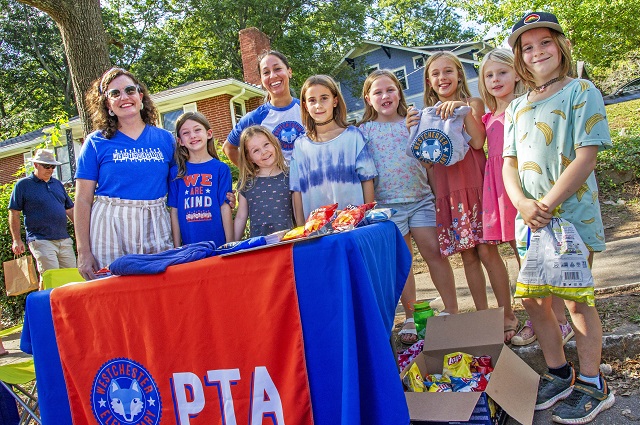 Westchester Elementary PTA set up with snacks and shirts during Oakhurst Porchfest. Photo by Dean Hesse. 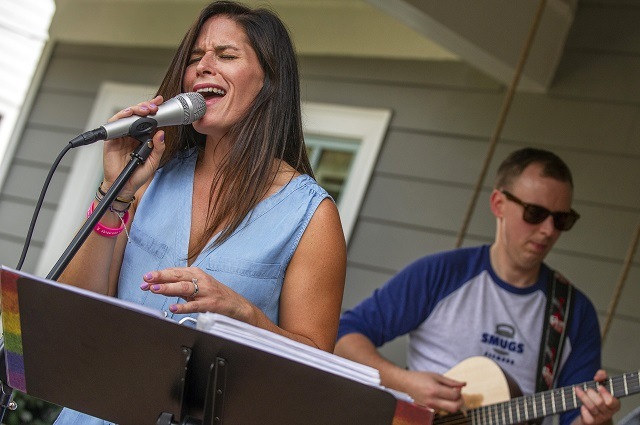 Shelby Gutenberger sings with the group Yes Ma’am during the 2019 Oakhurst Porchfest. 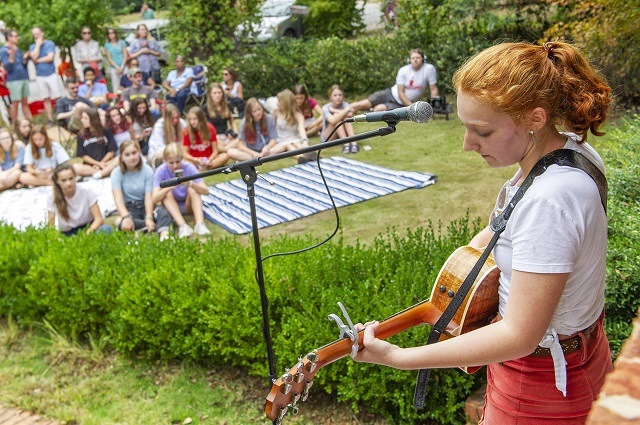 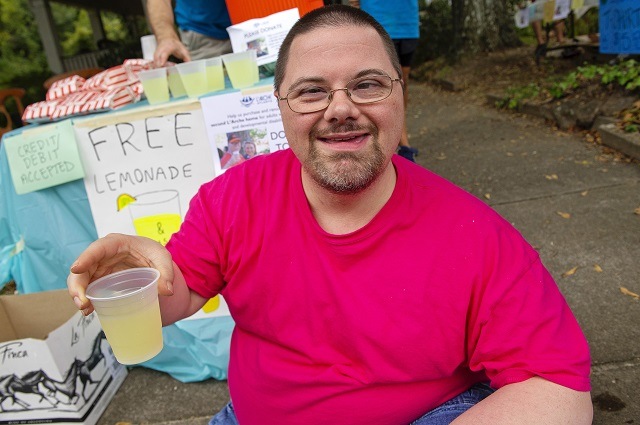 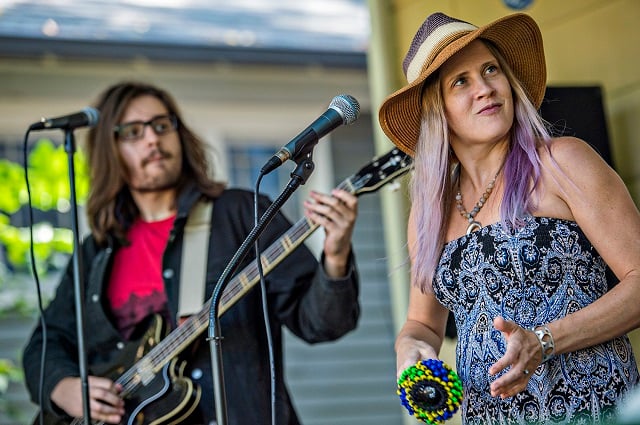 How and Why perform during Porchfest. File Photo by Jonathan Phillips 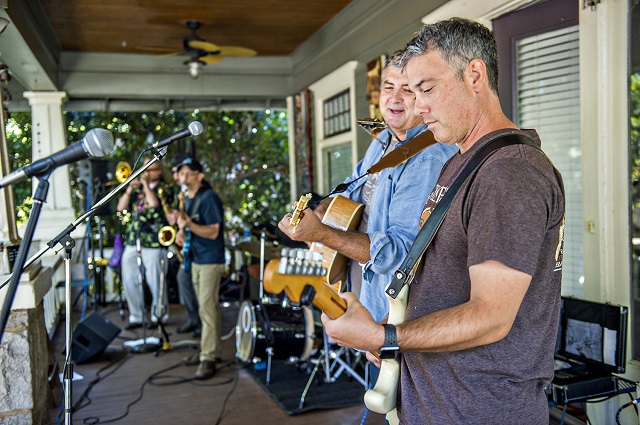 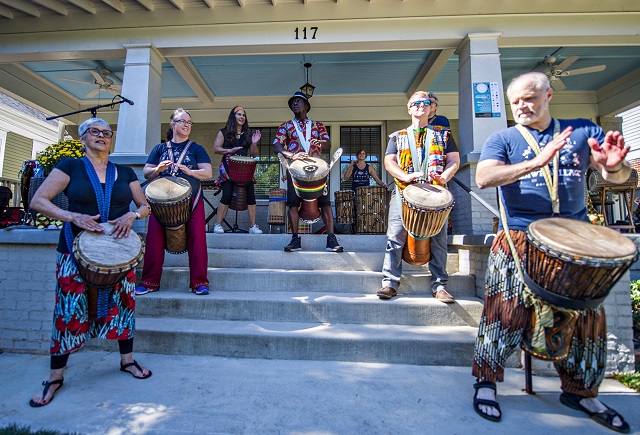 The Sehwe Village Percussion group beat their drums during their performance at Porcfest. Photo: Jonathan Phillips