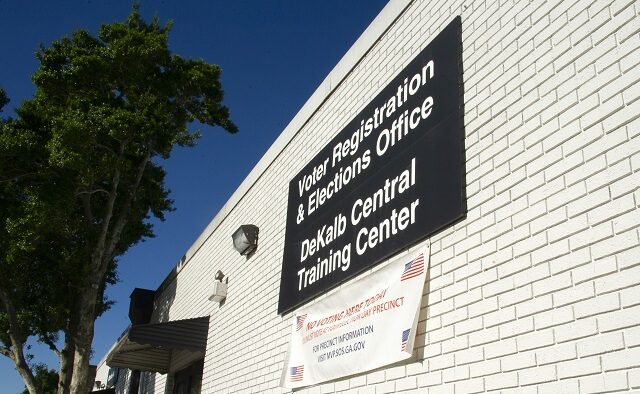 DeKalb County, GA — The CEO of a firm hired by DeKalb County Voter Registration and Elections has been arrested and accused of stealing poll worker data.

The news was first reported by the Associated Press and the Atlanta Journal Constitution.

The DeKalb Elections Board voted in August to hire Konnech as the department’s vendor for elections software. The company was hired to run software for poll worker management, inventory management, and training.

AP reported the company’s founder and CEO, Eugene Yu, was arrested and accused of stealing the data of hundreds of poll workers in Los Angeles County. The company was supposed to store that data in the United States but stored it on servers in China, the AP reported.

“The DA’s office didn’t specify what specific information allegedly was taken,” the AP reported. “But officials said it only involved poll workers, not voting machines or vote counts, and didn’t alter election results.”

DeKalb VRE knows about the allegations and a spokesperson says, “We are taking this matter seriously.”

“DeKalb VRE procured the Konnech system as part of its ongoing efforts to modernize operations and better serve our poll workers, and took steps to mandate that its data be housed within the United States before executing a final agreement with Konnech on September 8, 2022,” the spokesperson said. “DeKalb County poll workers can be assured that the department will take every precaution to safeguard their personal data. We are closely monitoring this matter as it develops, and we will determine our next steps as we learn more. In the meantime, DeKalb VRE team members will continue their preparations for Advance Voting, which begins on Oct. 17.”

Correction: An earlier version of this story contained incorrect information about the scope of the contract. This information has been corrected.