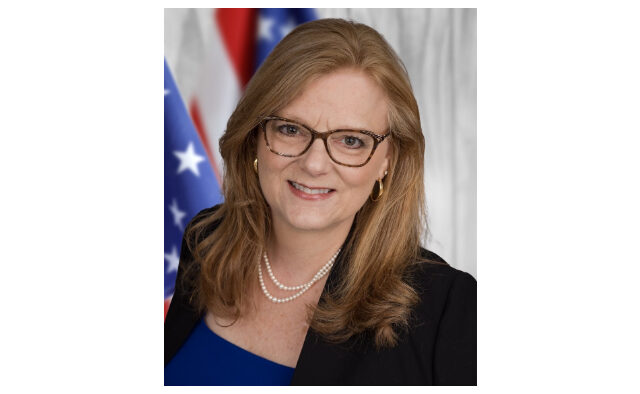 Decaturish invited all candidates running in the Nov. 8 midterm election to submit up to three letters on their behalf. Here are the letters in support of House District 82 candidate Jenine Milum (R).

I raised 2 female athletes in Georgia public schools, am a grandmother and software engineer specializing in stopping consumer fraud before it happens. I have spent a career solving critical problems for some of the largest financial institutions in the world. I know how to tackle problems through collaboration, bringing in experts and making sure we don’t create additional problems with proposed solutions. In the business world, you don’t solve issues based on a political party but based on the most successful outcome. Solutions aren’t left of right. They either solve the problem or they don’t. These are excellent skills I will bring to the House Legislature.

If my opponent, Mary Margaret Oliver, responds to Decaturish’s questions, you will likely see her referencing all the bills she knows, the people she knows and the organizations she’s involved in.  What does that tell you? She’s a career Politian. After 35 years in office, I doubt she has any new ideas and if you aren’t part of her club, your views aren’t important.

The redrawn House District 82 is a diverse community but only has representation towards the extremes of my opponent’s party. This is the main reason I have decided to bring my skills as a problem solver to this race. Our community needs a voice that will represent the diversity of opinions that exist here. As an example, my opponent didn’t use her position to lift a finger when her high school alma mater made national news due to the deplorable conditions affecting the students. On the other hand, when a buddy of hers lost his race as a county commissioner, she used her position to demand the GBI investigate. Not surprising since she hasn’t had an opponent in the General Election in decades and nearly all her campaign contributions come from political PACs and Corporations. She is not motivated to listen to her constituents as evident in her voting record. She is no longer a Democrat but an extreme left-wing activist. We don’t need extremes.

I was raised by parents with wildly opposite political views. I did not grow up in a bubble and I do not live in one.  My friends represent as much diversity, if not more, than what is represented in this District. I have been out knocking on doors extensively in District 82 and I’ve delighted in hearing from YOU what is important. You won’t find my opponent reaching out to you. If I’m willing to work this hard to get your vote, you can count on my working this hard to represent your vote.

My campaign is focused on the issues that affect this community and not any political party.  Reducing crime, staving off the effects of inflation and the abysmal ratings of the DeKalb School System are some of the top issues I am focusing on. Visit my website VoteJenine.com for further issues of concern. If you have issues that concern you, I would love to hear them. I grow with each conversation. I have traveled extensively all over this world.  While the USA still has many problems, this is still the best country in the world to live in regardless of your race, gender, sexual preference, and economic position.  I have much hope for our future.

As a 28-year DeKalb resident and the Chairman of the DeKalb Republican Party, I am writing to you today to proudly express my support for Jenine Milum for Georgia State House District 82. Jenine is a mother, grandmother and engineer specializing in stopping consumer fraud who is not only a go- getter, but she also has tenacity and chutzpah. Through her tenure of business experience, Jenine has a lifetime of experience collaborating with others to work through complex issues to bring forth real solutions that will be the common denominator that are transparent and can propel us forward.

For decades, DeKalb has been represented by the Democrats. They have become a political party that has lost touch with the priorities of our community and has made our lives and livelihoods more difficult, made our neighborhoods unsafe and driven our schools to the bottom percentile of the state. House District 82 is no different and has been exclusively represented for decades without opposition by a career politician that votes with the interests of her corporate and PAC donors. Not in the interests of the people that elected Mary Margaret Oliver. Jenine and her supporters have knocked on more than a thousand doors to date – and not one of the House District 82 constituents could articulate what Ms. Oliver has done for our community. However, they did remember that their state representative did nothing to assist Druid Hills High School after making national news for enduring toxic conditions like mold on the walls, bathrooms without doors and sewage flowing into lunch areas. The same high school that Ms. Oliver attended as a teen. They also remember that Ms.

Oliver abused her power to call in a favor and demanded the GBI investigate the Commissioner 2 Election for fraud as her chosen candidate came in third after a hand recount. Not only did the GBI decline to investigate, Ms. Oliver voted against this measure in the Georgia House.

Voting in any election is your most sacred right as an American. For the first time in decades, DeKalb residents have an opportunity to vote for leaders to represent them and their ideas, and for the leaders to support the citizens’ interests. I invite each of you to take the time to learn more about Jenine Milum at VoteJenine.com. I think you will be pleasantly surprised to learn that Jenine has raised two female athletes who attended Georgia public schools, is a caregiver for her elderly parents, has been a leader of many professional organizations, a businesswoman working with international clients to stop consumer fraud and human trafficking. Her natural intuition is to protect the most vulnerable. Jenine will bring this combination of family focus, collaboration and professionalism to the Georgia State House.

As a 12-year resident of unincorporated DeKalb County I am following the campaign of Jenine Milum with great interest. Living in a single-party Democrat-dominated county has been an eye-opener for me. Many, like Mary Margaret Oliver, lack imagination, approach the office with apparent entitlement, and are wedded to all of the worst agendas the Democrat party has ever adopted in my lifetime.

Close to home for me is funding and support of Police. During the10 years in my neighborhood, I have seen police once, when a DeKalb policeman arrived, shot, and killed a mentally ill homeless man. Reform is certainly needed. But police are not the problem. Criminals are the problem and are treated with far more deference than victims, per the Democrat agenda. This is a national trend. We are seeing a tsunami of violent and property crime in the News and NextDoor. No politician ever stands up and says that crime is wrong and unacceptable. The wealthy will be fine. But we will see businesses withdrawn from underserved communities and the work of civil rights advocates of the past 50 years undone.

As a nine year public school teacher, I observe the inept expenditure of $1.2  Billion annually by the DeKalb Public schools. Democrat politicians addressed the Druid Hills High School last year with a shrug. My own voting precinct, Briarlake Elementary, accommodates up to FOUR voting precincts in a mid-century cinderbloock building, portables, and cramped, mud parking lot.

Jenine Milum is a software and banking security expert with a sharp, analytical, and open mind. She knows that Republicans can be as disappointing as often as Democrats and thinks independently. Her campaign is driven by real grassroots support and not by Corporations, NGOs and PACs. Jenine will be a great champion of neighbors and neighborhoods, of good law enforcement, and good schools.

To view our voters guide, visit: