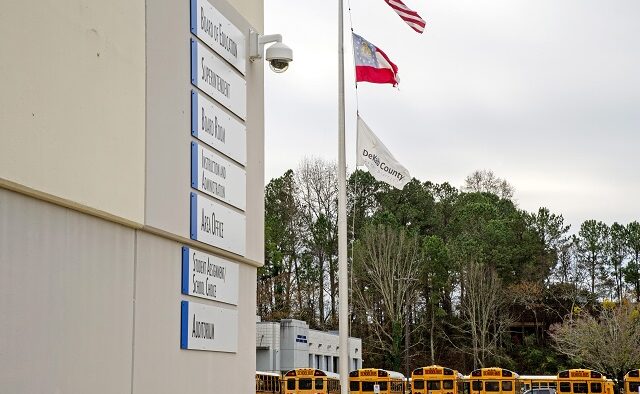 Between the three schools, DeKalb is prepared to spend $16 million in E-SPLOST V funds. While Hawthorne’s budget increased only $330,000, both Midvale and Rock Chapel were approved for over $2 million each.

“While it would be impossible to address everything at a school, can we go ahead and do the major projects in one swoop since we are going to be in there anyway?” asked District 4 school board member Allyson Gevertz.

Hans Williams, director of Planning and ESPLOST Programming, said to do that at any school would be “more than the current program can handle.”

Hawthorne, built in 1961, still has many of the original fixtures. It has long-standing issues with plumbing, HVAC, electrical, roof and sanitary sewer.

“There are needs at Hawthorne that were part of the architectural assessment that are not going to be covered by this project,” said Williams, adding that project descriptions like plumbing were left vague intentionally to cover a range of items.

A roof replacement at Midvale Elementary was recommended but was not part of the scope, Gevertz noted. She said she is “no longer pushing for the ESPLOST VI list to be passed quickly, since we are not certain which projects will be funded by ESPLOST IV and V.”

“We have tried to focus on scope that is parallel to what we’re already doing (fire sprinklers, some roof repairs, HVAC),” said Williams. “There’s an expectation at Midvale that while the scope doesn’t cover the roof, which was put on 12 years ago, it won’t be excluded.”

Board vice chair, Dijon DaCosta, did not speak on behalf of the oldest school in DeKalb County, Rock Chapel, a Title 1 school in his district.

Interim Chief Operating Officer Richard Boyd said items on the additional scope list are based on the architect’s estimate, not a contractor’s bid. The amount of money needed to make repairs could change with inflation, construction costs and equipment.

— ESPLOST V project 364-35 to include major building system replacement with emphasis on HVAC components, plumbing and roof replacement and an additional scope of work for $333,000 to cover additional work at Hawthorne.