DeKalb Elections Board will meet to discuss Konnech contract

DeKalb Elections Board will meet to discuss Konnech contract 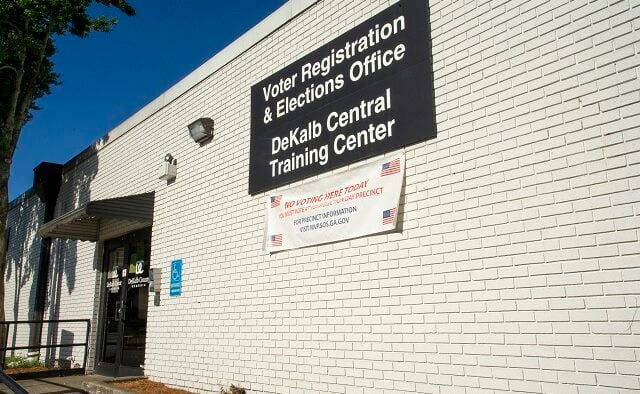 DeKalb County, GA — The DeKalb County Elections Board will hold a special called meeting on Oct. 10 to deal with a contract related to Konnech following news about the arrest of the company’s CEO.

According to the county:

This meeting will be conducted via teleconference (Zoom). Simultaneous public access to the meeting will be available via livestream on DCTV’s UStream channel at https://video.ibm.com/channel/dctv-channel-23.

Konnech CEO Eugene Yu came under fire this week after his arrest for stealing the personal information of hundreds of poll workers. The company was supposed to store that data in the United States but stored it on servers in China, the Associated Press reported.

“DeKalb County Voter Registration & Elections has learned of the allegations against Konnech Corporation that were made public on October 4, 2022, and we are taking this matter seriously. DeKalb VRE procured the Konnech system as part of its ongoing efforts to modernize operations and better serve our poll workers and took steps to mandate that its data be housed within the United States before executing a final agreement with Konnech on September 8, 2022.

DeKalb County poll workers can be assured that the department will take every precaution to safeguard their personal data. We are closely monitoring this matter as it develops, and we will determine our next steps as we learn more. In the meantime, DeKalb VRE team members will continue their preparations for Advance Voting, which begins on October 17.

Rest assured, personal information was never shared with the vendor, such as Social Security numbers or date of birth.”

DeKalb County Elections Board discussed a contract with Konnech at the August retreat, which was finalized on Sept. 8 to help VRE streamline processes for poll worker management, inventory management and training.

The contract was signed by Keisha Smith, executive director of DeKalb Voter Registration and Elections.

Konnech was contracted to provide a software solution, said Erik Burton, president of Profile Marketing and Public Relations. In the proposal, Konnech offered a menu of options. However, DeKalb VRE only engaged the company for poll worker management, inventory management and training, Burton said.

“Under the asset management software module description Konnech could support L&A testing pre- and post- election, but DeKalb did not engage that service under the fully executed contract,” Burton said. “There is no [Logic and Accuracy testing] component connected with Konnech. As with any contractual proposal, the board moves to approve a contract that meets the approval of the county attorney, so any related modifications may also be made from the time of the proposal to the time of the fully executed contract.”