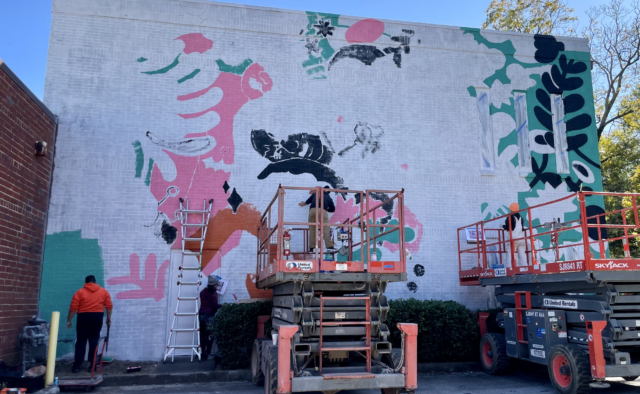 Decatur, GA — Living Walls is teaming up with artists to create murals in Decatur and Mexico City as part of an international exchange between Atlanta artist Sofahood and Mexican artist Maremoto.

“Living Walls Abroad: Making Modern Monuments” is a mural artist exchange program where Atlanta-based artist Sofahood traveled to Mexico City to paint a mural, and now CDMX-based artist Maremoto is coming to Decatur to paint her own “modern monument” at Agnes Scott.

The goal of this program is to create an exchange of ideas, cultures, and talents around the world through public art, and to provide a platform for LGBTQIA+ women-identifying artists to imagine new monuments, according to a press release.

Sofahood spent the beginning part of October creating a mural in Mexico City. It was of utmost importance for her to properly represent the surrounding queer community, just as she has done in Atlanta. For the mural, titled “Para Siempre”, Sofa worked with Mexican photographers Sashenka Gutierrez and Karla Ximena Cerón to represent the faces of queer Mexican love.

Sofahood also discovered local soccer teams made up of queer women and non-binary people, which heavily inspired her mural, since both herself and the community love the sport.

Thanks to Living Walls’ Mexico City-based partners at Unity Media, they found a soccer field located in Plazuela San Joaquín, Miguel Hidalgo, with a community that gave them the opportunity to paint and celebrate with them. At the end of the project, Living Walls held a celebration called “Sábado de Comunidad y Amor,” where the organization played soccer and celebrated with the community.

Throughout the rest of the month, Living Walls is returning to Decatur with Maremoto to paint a mural at Agnes Scott College, a women’s college with a large LGBTQIA+ community.

Living Walls is also hosting programming for the students and other women, people of color, and LGBTQIA+ identifying people by hosting its second annual Business of Mural Arts Workshop on Tuesday, Oct. 25 from 2-4 p.m. at Alston Student Center at Agnes Scott College.  The workshop will begin with a lecture inside the building, followed by a production tutorial at the mural.

Living Walls will also host a panel discussion between Sofahood and Maremoto on Friday, Oct. 28 from 5-7 p.m. in the Dalton Gallery at Agnes Scott College. The artists will talk about their experiences, both within the project and as queer Latinx women artists. Food will be served as a cultural compliment to the conversation. 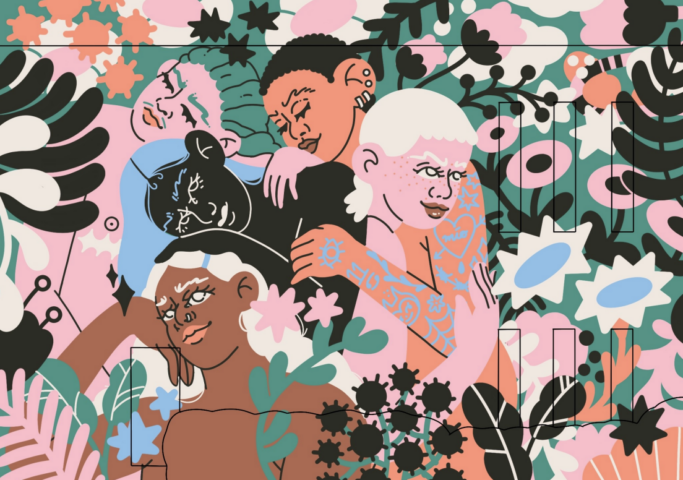