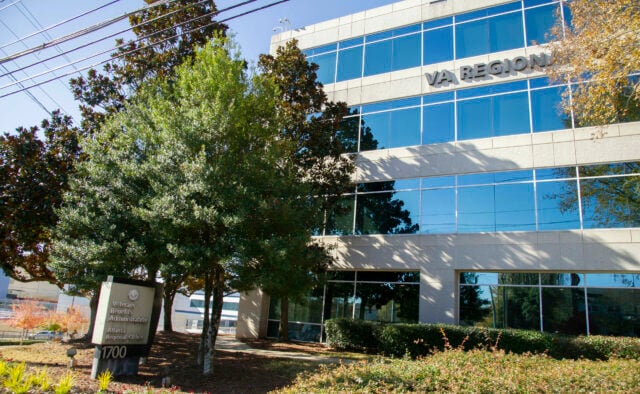 Atlanta, GA — The Atlanta Veterans Affairs Regional Office on Clairmont Road is expected to be renamed to honor the late Sen. Johnny Isakson.

Sen. Jon Ossoff introduced legislation this summer to rename the facility at 1700 Clairmont Road, and the bill has been passed by Congress. It now heads to President Joe Biden for his signature, according to a press release.

“Our veterans deserve the best, and Senator Isakson always fought for them. Renaming the Atlanta VA Regional Office in his honor will inspire us to stand up for Georgia’s veterans every day like Senator Isakson did,” Ossoff said. “It’s fitting that we passed this bill to rename the VA office after Senator Isakson with support of Republicans and Democrats.”

In June, Ossoff spoke on the floor of the U.S. Senate to urge the chamber to pass the legislation and honor Isakson.

“Senator Isakson’s courtesy, collegiality, and integrity will forever serve as an example to all of us who serve in this body today and in the future. And that is why in recognition of Senator Isakson’s tremendous contributions to American veterans, to the state of Georgia, and to the United States, it has been my privilege to introduce alongside my distinguished Republican colleague from Missouri Senator Blunt, and the presiding officer Senator Warnock, the Senator Johnny Isakson VA Regional Office Act to rename the VA’s Atlanta Regional Office after Senator Isakson as part of our nation’s ongoing recognition of his service and as an example to those who follow in his footsteps of the virtues that his representation embodied,” Ossoff said on the Senate floor.

“I am proud the House took a crucial step to preserve the legacy of our late dear friend, Senator Johnny Isakson,” Warnock said. “Senator Isakson cared deeply for Georgia and for our veterans, and it is only fitting that we recognize his commitment to our service members by renaming the Atlanta regional office of the Department of Veterans Affairs in his honor.”

Rep. Sanford D. Bishop Jr. (GA-02) and Rep. Rick Allen (GA-12) introduced the companion legislation in the House of Representatives, which was co-sponsored by the Georgia Congressional Delegation.

Bishop said he worked with Isakson in the Georgia General Assembly and in Congress, and he was fortunate to call Isakson a friend.

“Johnny Isakson was a proud son of Georgia who worked tirelessly for the well-being of its people and all Americans,” Bishop said. “Renaming the VA regional office in Atlanta after former Senator Isakson is a fitting tribute to a man who was at the vanguard of ensuring that Congress fulfills its commitment to provide the care and resources America’s veterans have earned.”

Throughout his political career, Isakson worked to improve benefits and services for veterans and their families.

“Throughout his life, Senator Isakson distinguished himself as a man of character with an unmatched dedication to the people of Georgia, and I am proud to co-lead this legislation to dedicate the VA’s Regional Office in Atlanta as a living monument to his tireless work in advancing policies that benefit our nation’s veterans,”Allen said.