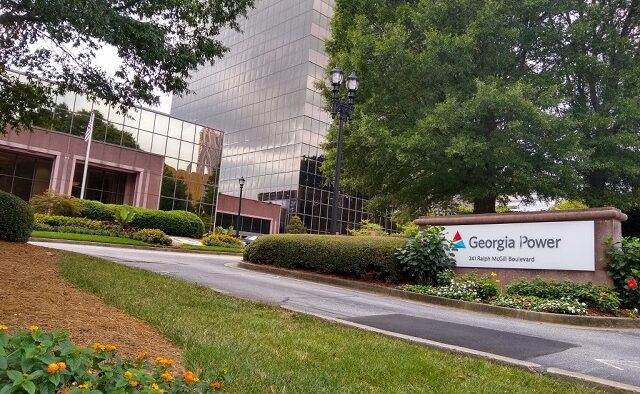 Georgia Power’s requested rate increase would add $16.29 – about $200 annually – to the average residential customer’s bill over the next three years, starting in 2023 with a $14.32 hike. John McCosh/Georgia Recorder
Share

Atlanta, GA — The third round of hearings in the Georgia Power rate case will be heard this week by the state’s Public Service Commission. This week will mark the end of expert testimony.

The rate case will determine the rates customers have to pay over the next three years, beginning in January 2023. Georgia Power has given the PSC a $2.9 billion revenue request.

The company has proposed a 12% increase in residential electric rates. The decisions of the commission will impact 2.7 million customers in the state.

This would increase the average household’s bill by about $195, or $16.29 per month. Customers could see the biggest price jump in 2023 with an increase of $14.32 per month, followed by smaller increases in 2024 and 2025, the Georgia Recorder reported.

The city of Decatur has intervened in the case. In August, the city filed an application to intervene in the case. Decatur is part of the Georgia Coalition of Local Governments with the city of Atlanta, city of Savannah, DeKalb County and Athens-Clarke County.

Decatur Energy and Sustainability Manager David Nifong said the decisions made by the PSC in this case will affect the city’s ability to meet the clean energy goals in its clean energy plan.

There have been two rounds of hearings so far. The PSC is hearing the month netting tariff separately from all other matters.

“The key recommendations in that testimony include removing the cap on monthly netting, rejecting the company’s proposal that all new residential solar customers take service on that three-part smart usage tariff…and creating a working group or similar body including the company, PSC staff, the coalition and other stakeholders to design the next iteration of the monthly netting tariff,” Nifong said.

Over the last few months, the hearings have focused on the potential for more solar-powered residences and businesses, according to the Georgia Recorder. Georgia Power claims non-solar customers are subsidizing those who are using green technology.

The company opposes continuing its monthly solar pilot program, and the utility plans to charge customers $200 for rooftop solar connections to its electrical grid.

Solar energy and environmental organizations weighing in on the rate case claim Georgia Power is misrepresenting why its rates are going up.

Bryan Jacob, solar program director for Southern Alliance for Clean Energy, said that Georgia Power’s witness claimed that people who chose to use rooftop solar were causing other customers’ bills to increase. He added that non-solar customers could be saving money because of the investments solar customers make in their homes and businesses.

Katie Southworth, program director at Southface, said Georgia has very little rooftop solar, which is sometimes called distributed solar, compared to the nation and the Southeast region. In Georgia, 0.2% of customers have rooftop solar and the national average is 1.9%.

She added the state is lacking in rooftop solar because Georgia Power has some of the most restrictive limits on net metering.

“They don’t currently offer true net metering. They’re proposing to get rid of their current renewable, non-renewable program, which has a 5,000 customer participation cap,” Southworth said.

Southface and SACE and their expert witnesses have recommended that Georgia Power reinstate its rooftop solar program it currently has for net metering without a cap for the next three years.

Former Colorado Public Utilities Commission chairman Ronald Lehr is an expert witness for the Southern Alliance for Clean Energy. He has provided three recommendations in the rate case, including that the PSC reject the company’s proposed levelized rate increase. Georgia Power is proposing to over collect in the first year and then keep that level static over the next three years.

“That over collection in the first year means that there’s lost opportunities for savings through federal funds and other opportunities to save customers money,” said Will Collier, project manager for Southface.

The second recommendation is to obligate the company to work with the PSC to identify federal funding it can utilize. The third recommendation is to adopt mechanisms through which that money can be used to benefit customers. Lehr also suggested that Georgia Power updates their revenue requirement each year during the three-year period.

“Rather than locking into a three-year period with a high over collection in the first year, the company simply collects what they need and returns to the commission each year with an update of how the tracking of federal funds can help reduce that revenue request over the period,” Collier said.

The Georgia Coalition of Local Governments filed direct testimony in the case regarding four priorities other than monthly netting.

“Those four priorities were lowering the price of the community solar subscription; supporting the company’s request to expand its EV make-ready program, which provides the critical charger infrastructure needed to expand EV charging across the state; rejecting the company’s request to maintain what it calls its smart usage tariff as the default rate for new premises; and the company also requested to close the current residential, or R tariff to new customers,” Nifong said.