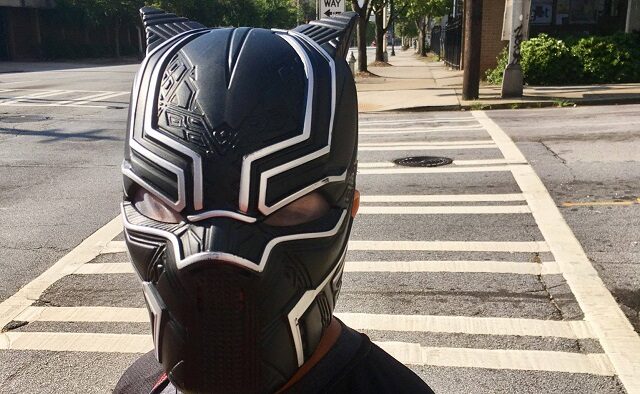 King T’Chaka: What is wrong, my son?

T’Challa: I am not ready, Baba.

King T’Chaka: Have I not prepared you to be king your whole life? Have you not trained and studied, been by my side?

T’Challa: That is not what I am talking about. I am not ready to be without you.

King T’Chaka: A man who has not prepared his children for his own death has failed as a father. Have I ever failed you?

We have waited an eternity for the sequel to 2018’s mega hit “Black Panther.” Patiently waited because we wanted director Ryan Coogler and Marvel to get the story right after the death of Chadwick Boseman in 2020. How would the story of T’Challa come to a conclusion when we didn’t want the story to end?

“Black Panther: Wakanda Forever” attempts to honor a legacy and start a new one. It is a tricky proposition. The Black Panther T’Challa (Chadwick Boseman) gave us something different from the average larger-than-life superhero. Boseman showed the power of being regular. This is a high compliment. He was like the normal guy who sits next to you in chemistry class. The boy next door. Your cousin. He felt like us. Not the godlike Thor with his perfect abs or the superhuman Captain American with his bulging biceps. T’Challa is a panther in the truest form. Quiet, lithe, and intelligent.

Even Wakanda is regular in a spectacular way. It’s not Asgard with golden statues and ethereal people. The cities of Wakanda are alive with people and commerce, the fields with agriculture, the halls with science. The people look like me. My friends from chemistry class. The kids next door. My cousins. The problem and promise of Boseman is that he represented T’Challa and Wakanda to many fans. Would we want to go back to Wakanda without him? We do. Not just go, but live in Wakanda forever.

In this sequel, we learn of another mighty kingdom called Talokan. When an indigenous group of Meso-Americans are faced with death and destruction by Spanish colonizers, they turn to a special flower to save them from their oppressors. The blue plant grows underwater from a vibranium rock. A pregnant woman fears the effect of the plant, but ultimately agrees when she is promised that the potion will give her unborn child special powers.

These people become mutants of the sea and our anti-hero K’uk’ulkan, the Feathered Serpent God, is born. When the king of Talokan returns to the land to bury his mother, a priest calls K’uk’ulkan “el niño sin amor” or “child with no love.” No amor. He adopts the name Namor to spite his enemies.

Even with his demigod status with pointy ears and wings on his ankles, Namor (Tenoch Huerta Mejía) is a man of the sea. He wants Queen Ramonda (Angela Bassett) to kill a young scientist Riri Williams (Dominique Thorne) who developed a vibranium-detecting machine. This is where the story falls apart. Namor might not be up-to-date on Black Lives Matter, but the Wakandans are the least likely allies in his quest to kill young, gifted, and Black at M.I.T.

The Talokan may have outrageous demands, but they don’t feel like the enemy. Namor shows Shuri (Letitia Wright) his kingdom, and I can’t be the only one who got Aladdin and Jasmine “A Whole New World” vibes with a heavy dash of Ariel “Under the Sea.” It was Marvel meets Disney at its finest. I imagined romance and partnership and the melding of two cultures.

Namor has two commanders, Namora (Mabel Cadena) and Attuma (Alex Livinalli). When Attuma battles Okoye (Danai Gurira), he returns her spear, so they can continue their fight. At this point, I was well on my way to being in love with the anti-heroes. I felt the same way about Killmonger (Michael B. Jordan) and his quest for revenge. It is a much more appealing conflict than the typical Thanos or Hela. But at the same time, I don’t want to see Wakanda fight the Talokan.

The story is convoluted and thin. Talokan can show up anywhere there is water, and someone must pick up the mantel of Black Panther. It is not a surprise who does, and it is not fair to make comparisons to T’Challa. No one will replace him. Still, the women of Wakanda will continue to be its strength. They are not afraid to show their power or their tears. We get glimpses of our favorite characters M’Baku (Winston Duke), Nakia (Lupita Nyong’o), and Everett Ross (Martin Freeman). Their grief was as palpable as our own.

When actor Paul Walker died, the “Fast and Furious” series kept his character alive. It was an unexpected and bold choice, but it was right for the franchise. Boseman could not be recast or fade away without a proper goodbye. From funeral to celebration to legacy, Marvel reminds us that Wakandans are mortal. You can be all powerful one moment and in the next moment as fragile as the petals of the heart shaped herb.

Tributes to Chadwick Boseman and T’Challa run through the movie from beginning to end. We are invited into disbelief and sadness and rage.

The beauty of the film is found outside the plot. I found myself focusing on the parts I loved over the weaker aspects of the film. How often do you see a movie for production design and costumes? Hannah Beachler designs amazing worlds, and Ruth Carter brings elegance and glamour to every outfit above and below the sea. The musical score and soundtrack tell a story of their own. Our emotions and energy are voiced in many languages and drumbeats. I’ve listened to it many times since seeing the movie.

The ending holds few surprises. This is a movie with many heroes. It is worth staying for the sole mid-credit scene. It felt good to shed a few more tears.

I am thankful for my visit to Wakanda and Talokan. I find myself dreaming of kings and mothers and scientists. Grief is a sneaky bastard and a dear friend. If you’ve been fortunate enough to experience grief, it means you loved something. If you’ve suffered the pain of grief, it means something you loved was taken from you. When you pause in your pain and fortune, you realize that both love and grief are eternal. Forever and ever. Like Wakanda. Grade B-