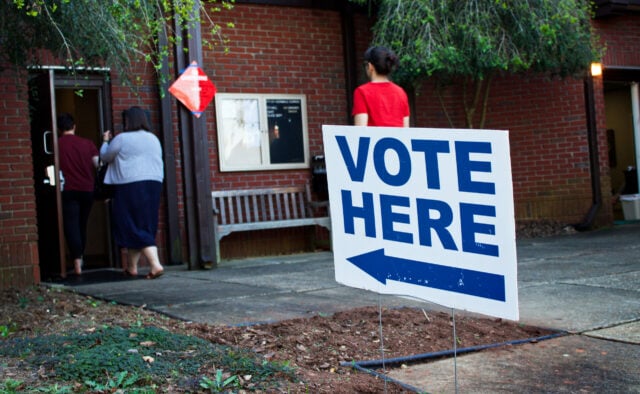 Voters walk into Avondale Estates City Hall on Nov. 8, 2022 to cast their ballots in the midterm elections. Photo by Zoe Seiler.
Share

DeKalb County, GA — Polls in the Nov. 8 midterm elections have closed, most of the votes have been counted, and voters can draw some conclusions about the results.

— There are still many votes to be counted, but it is leaning toward Walker and Warnock facing each other again in a runoff election. That could change, though.

Lots of people leaving Gwinnett elex HQ for the night. Still a lot of votes to be counted but we are waiting on the computers to do their magic. It looks like Gwinnett has the most outstanding votes in the Senate race. Which is why I am still here

The runoff would be Dec. 6. If that runoff determines control of the Senate, things will get really busy in the heavily blue DeKalb County.

— Democrats will continue to control the DeKalb County legislative delegation. That means that cityhood and annexation discussions will only be initiated by our legislators if it’s a bulwark against the city of Buckhead discussion, assuming that gets revisited. If Buckhead becomes its own city, Atlanta would want to recapture that revenue elsewhere. That idea went down in flames this year, but David Ralston is retiring as speaker of the House, so the new speaker may have different ideas on the subject.

— Tucker voters approved a referendum to take over more services from DeKalb County, including roads, drainage and stormwater.

Here are the results from races we’re following as of 12:30 a.m. The results will be updated throughout the evening as more results come in. 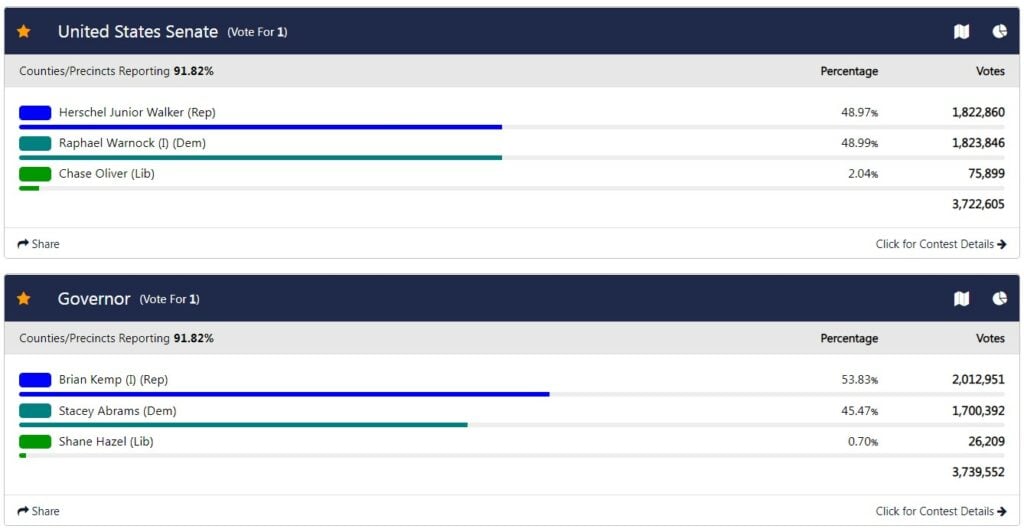 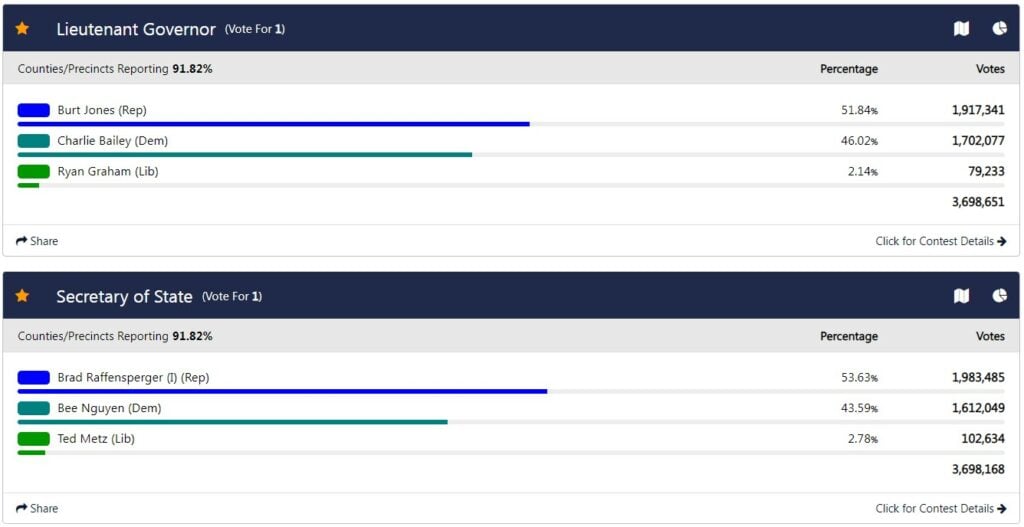 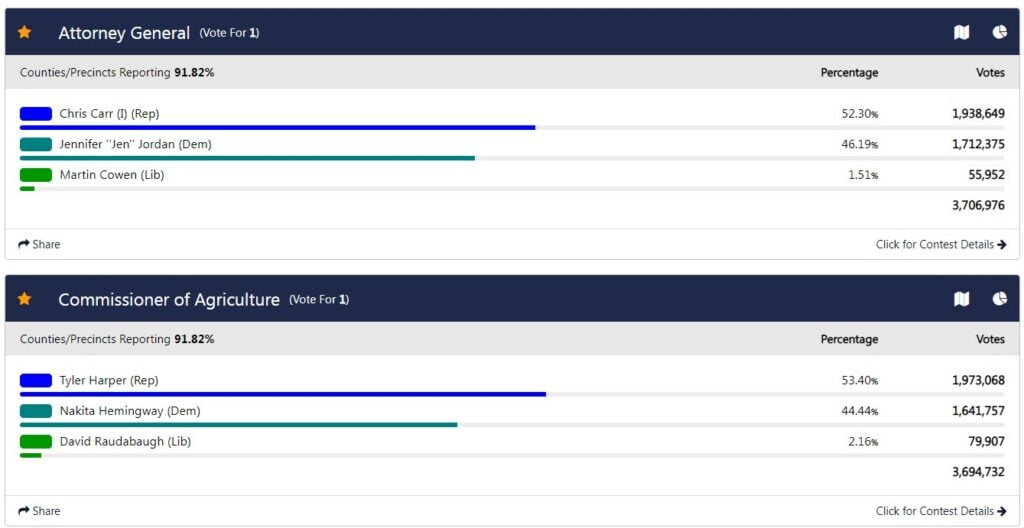 A steady steam of DeKalb County voters hit the polls on Election Day. The day seemed to run smoothly with no major issues reported.

“Today’s voting day,” Avondale Estates resident Chloe Armstead Evans said. “[I wanted] to make sure that the concerns of my family and people I care about and the less fortunate are taken care of.”

She said her voting experience at Avondale Estates City Hall was a smooth, quick process. She also brought her daughters Ava and Nya Armstead while she voted.

“I think it’s important that they get exposed and see the importance of [voting],” Armstead Evans said.

Poll workers noted there were lines first thing in the morning at some polling precincts, followed by a steady flow of people throughout the day. At Avondale City Hall, there was a line for about the first two hours of the day, and a short line around 2:40 p.m. As of about 2:30 p.m. 610 ballots had been cast at Avondale City Hall. 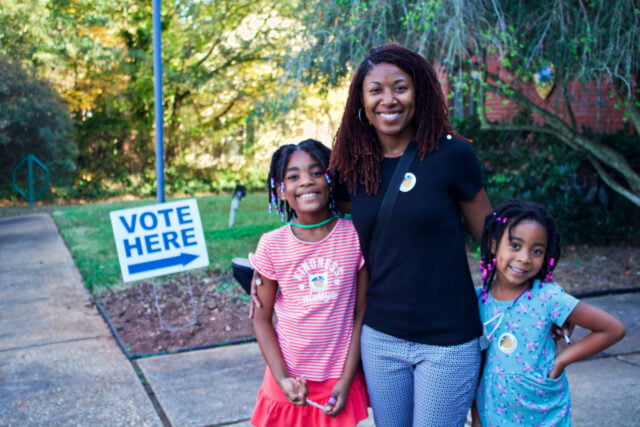 Avondale resident Elizabeth usually votes on Election Day and said she likes the experience of voting at city hall.

“I like the fact that we have a little city hall, and it just seems like a neighborhood type of thing. It’s more intimate than standing in a huge line,” she said. “It’s easy. I’m right here. If I time it right, I walk right in, and I walk right out.”

She had to wait in a short line, but experience no issues when voting.

“You can’t complain unless you vote. Even if it doesn’t go your way, you still have to make your opinion [heard],” she said.

“I take my voting duty seriously, so I always,” he said. “It’s the duty of all citizens to vote, so they should inform themselves and take the duty seriously.”

About 293 voters had cast ballots at the Tucker Library as of about 1 p.m. and 466 voters had been counted at the Decatur Recreation Center as about of 3:35 p.m.