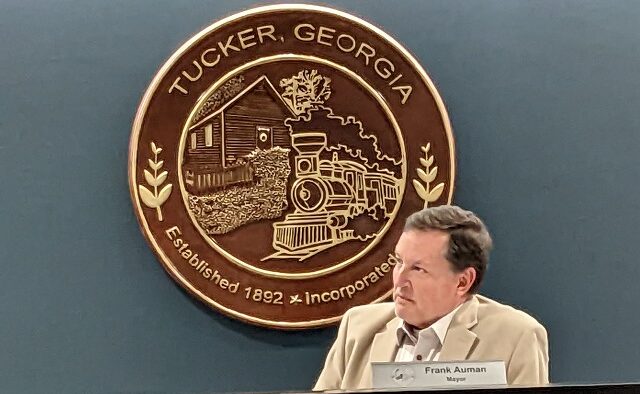 Tucker, GA — The Tucker City Council passed the last of three major changes to zoning ordinances related to convenience stores at its regular meeting on Nov. 14.

The city council had passed a moratorium on new convenience stores in July in order to consider changes to the city code which was set to expire.

Director of Community Development Courtney Smith stated that an influx of convenience stores and crime related to them led to the moratorium and subsequent changes to zoning ordinances. Restrictions on coin operated amusements and requirements for video surveillance were passed at the city council’s regular meeting in September. In addition, the city sought to address concerns about food deserts in some neighborhoods.

While six of the properties were rezoned in April 2022, the two properties on Richardson Street were deferred to allow the property owner time to make pre-planned changes and apply for a land disturbance permit. If the owner completes the process and construction in a timely manner, that use will be allowed; otherwise, the property will convert to the new zoning automatically.

Director Smith stated that the owner is on track to complete the project on time, and that the rezoning would allow for future medium density growth and be compatible with the surrounding area.

— On Election Day, Tucker residents were presented with a referendum to allow Tucker to take over more public works duties from DeKalb County, which passed with broad support.

“We had a big vote last week. 75% voted for it,” said Councilmember Anne Lerner.

As a consequence of planned public works projects, the city heard a first read of an ordinance that would allow the city to sell parcels of property that are too small to be used independently.

City attorney Ted Baggett stated that the city already has code sections on how to dispose of abandoned roads. The new ordinance adopts a section that exists in the state code that will allow the sale of smaller lots.

In response to a question from council member Alexis Weaver, Baggett stated that he anticipates that planned public works projects are likely to create more small parcels that have no independent use.

Mayor Frank Auman said that over time, Mountain Industrial has become a trucking route and functions more like a state highway. While the city resurfaced Mountain Industrial after forming, it’s more expensive to maintain a road with that kind of traffic. Under this arrangement, the city will no longer be responsible for maintaining Mountain Industrial, but will take over maintenance of Hugh Howell.

— City Engineer Ken Hildebrand presented a contract award for the Juliette Road sidewalk project and a contract amendment for section 1A of the Tucker Trail.

Hildebrand stated that Juliette Road has been identified as an area where the city wants to fill in gaps in the sidewalk. The area is heavily residential and there are MARTA stops. The bid of $426,525 from DAF Concrete, Inc. is below the budget estimate for the project.

In response to a question from Councilmember Lerner, Hildebrand said that he is communicating with Georgia Power about potentially installing lighting along that road as a safety measure in the future. The city council unanimously approved awarding the contract.

Hildebrand stated that the contract amendment for the trail project was necessary partially due to the discovery of a trash pit and buried trees at the front corner of the city annex.

“They had probably been there for a hundred years,” said Hildebrand. In addition, the contract amendment includes additional drainage and a retaining wall and utility conduits.

Hildebrand stated that the city partnered with PATH Foundation who helped to provide supervision of the project among other things.

“It’s looking like a real trail. We’re really proud of it,” said Hildebrand. He added that landscaping will start later this week and a ribbon cutting will be held the first week of December.

— The city council proclaimed November 26, 2022, to be Small Business Saturday. Auman described the importance of small businesses to Tucker, and encouraged residents to support local businesses.

“Any time you go out, but especially that Saturday, think of a small business that you maybe haven’t been in before,” said Auman.

Auman also announced that the city has recently hired Pam Price as a Building and Permit Coordinator, and Marcus Etienne as a Communications Coordinator.

— Council member Cara Schroeder announced that a community meeting on Tucker’s north-south connectivity study will be held on Dec. 1 at Tucker City Hall.