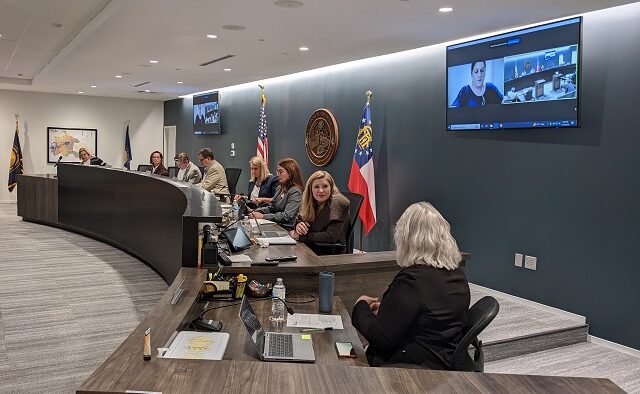 Tucker, GA — The accounting and financial services firm Mauldin & Jenkins presented an audit of Tucker’s finances to the city council at their work session on Nov. 28.

Adam Fraley, a CPA and partner with Mauldin & Jenkins presented the report, which he described as an unmodified or clean audit.  Fraley said that while the city is required by the state of Georgia to have finances audited every year, Tucker has gone beyond the minimum requirement by requesting a Comprehensive Annual Financial Report as well.

Fraley stated that Tucker has assets of approximately $54.4 million, offset by $11 million in liabilities. This means that the city has about $43 million in equity, about $10 million of which is invested in capital assets.

Mayor Frank Auman said, “I like ‘clean report.’ That’s what we want to hear.”

Tucker Finance Director Beverly Ragland offered a year-to-date report on city revenues and spending. Ragland said that as of Oct. 31, the city has used 29% of its budget, and revenues are running at or above budget numbers while expenses are all within budget.

Project Manager Tate Davis stated that as part of the public input part of the process, KB Advisory had held four public meetings and had another planned for January. In addition, they have conducted focus groups with business leaders, interviews with the mayor, city council, and city staff along with interviews with major employers, and have also conducted city surveys.

Tate stated that so far KB Advisory has created a narrative explaining the purpose and goals of the Economic Development Strategic Plan, an economic profile report, a demographic profile report, targeted community and business surveys, and a preliminary Strengths, Weaknesses, Opportunities, and Threats analysis.

In the next few months, KB Advisory plans to conduct a consensus workshop and create a final SWOT assessment, and create a plan to be reviewed and then presented to the council for adoption in March 2023.

“This is a really important park for the city. It’s in the downtown development sector, and it’s meant to be an economic driver but also a community gathering space,” said Auman, adding that the city hoped for a wide variety of uses out of the space, and he looked forward to hearing what the designers had in mind. 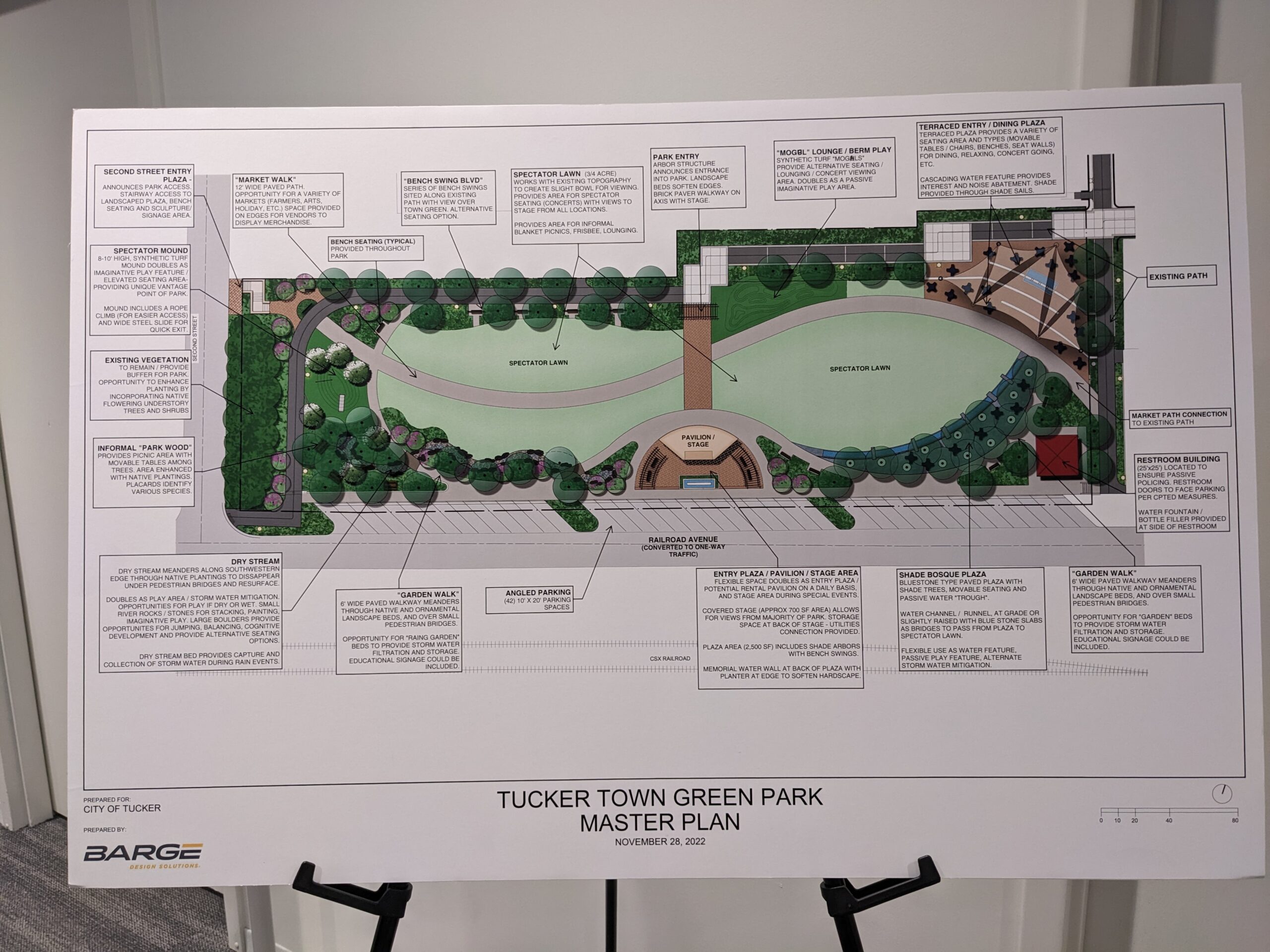 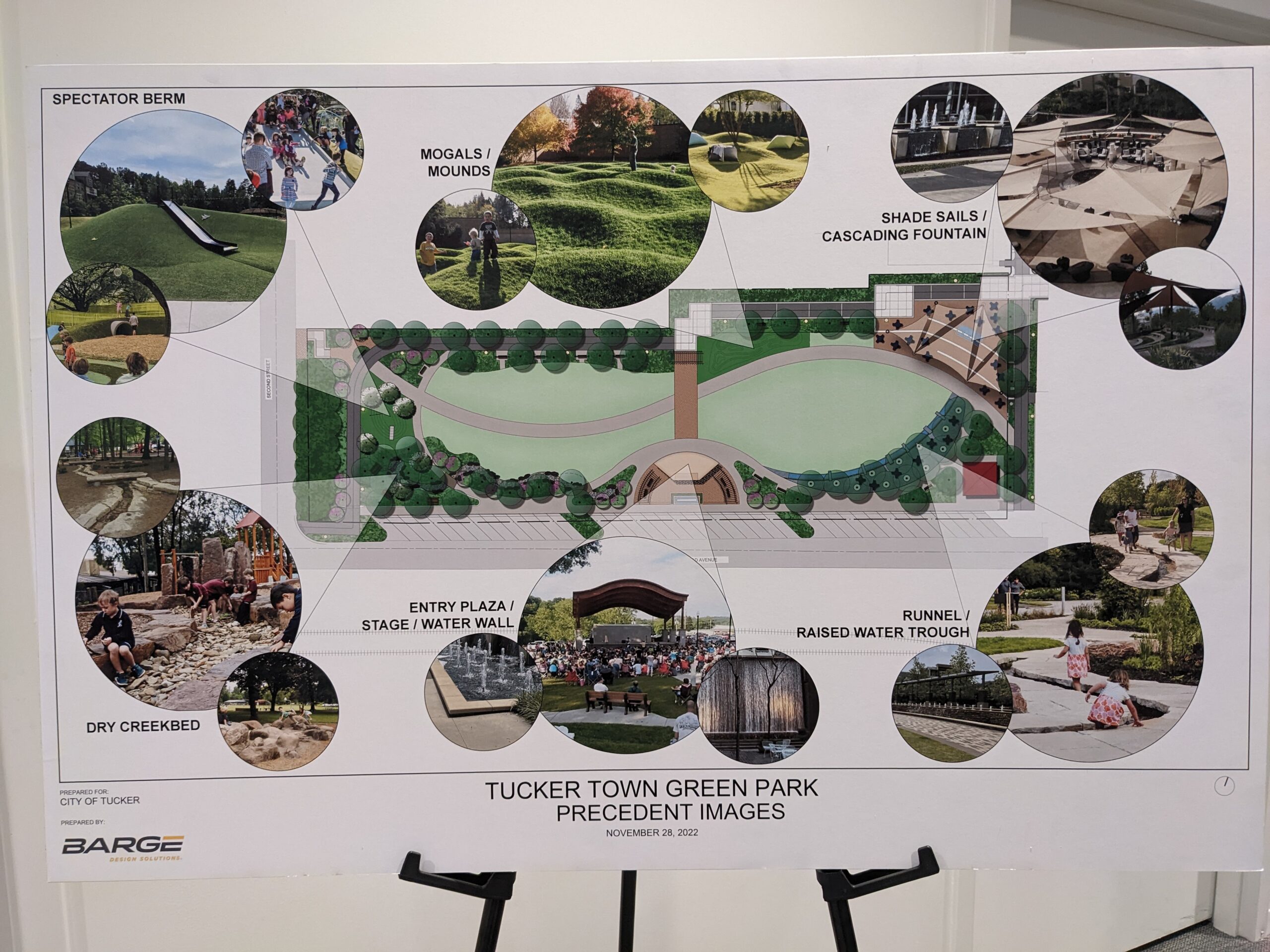 Carr said that during their conversations with Tucker residents, the community had emphasized that the space should be versatile and flexible, and had asked for more imaginative play areas rather than a standard playground. Consequently, many features that have other uses such as water features, berms, and a dry stream bed were designed with their possible use as play areas in mind, while the stage would also be adaptable for uses other than just for concerts.

If the city accepts the plan, Carr said that Barge will begin producing construction documents to design specific elements of the park, with periodic updates and feedback from the city as well as ongoing cost estimates.

In response to a question from Auman, Robertson said that the proposed stage will be larger than temporary stages previously constructed by the city for concerts. Carr said that the park could potentially hold five thousand people for a concert. The park will have 24 parking spots, but has several access points to make it easy to park elsewhere and walk in.

The council will vote on the final draft of the plan at the next regular meeting.