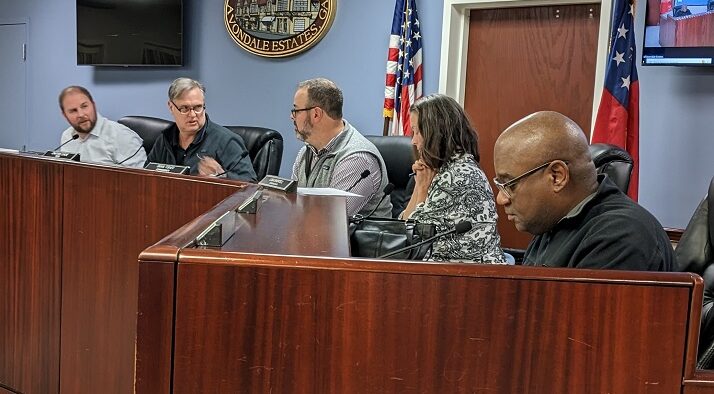 The city’s projected operating budget is balanced exactly with projected revenues. The board made one change to the budget, which was to remove $5,000 from community activities and create a $5,000 line item for boards and committees.

— The city commission formally denied a claim for damages by Jermarcus Wheeler, in response to an assertion that Wheeler was injured in an auto accident involving an Avondale Estates police officer and vehicle. The alleged incident occurred May 24, 2022, in unincorporated DeKalb County. The city declared in a resolution that after an investigation of incident reports and GPS locations for patrol cars, it was determined that no Avondale Estates officers or vehicles were involved in the incident.

— The city commission re-appointed Stephen Nicholas as Municipal Court Judge, and Josephine Stevens as City Solicitor. Nicholas is paid $1,250 monthly, while Stevens is paid $800 per month to perform their respective duties.

— The board appointed Bill Hover to the Historic Preservation Commission and Dan Marcec to the Planning,Architecture, and Zoning Board.

Commissioner Lisa Shortell said that additional vacancies are likely to open up on both boards.

— The city commission adopted its official meeting schedule for 2023. Bryant stated that the schedule is essentially the same as the 2022 schedule, wherein November and December meetings will be shifted to accommodate Thanksgiving and Christmas holidays.