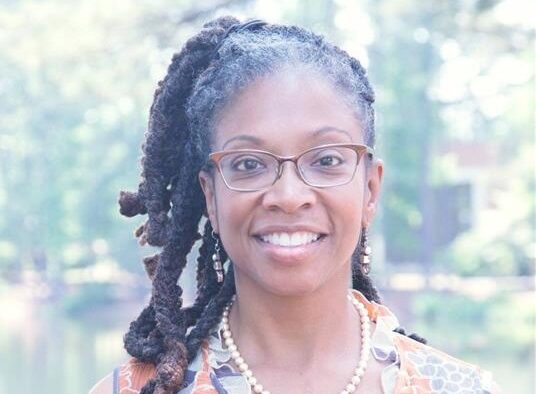 Editor’s note: This letter is in response to a letter published yesterday regarding a recent production of “The Sound of Music” at Decatur High School. The response was written by CSD Equity Director Mari Ann Banks.

“My grandmother was a Holocaust survivor, and the sight of that symbol brings back memories. It’s like a direct slap in the face… And why did it have to be so large?”

She tried to hold back tears as I saw them pooling in her lashes.

“I asked them to take it down, I suggested sewing a circle over it – anything! It just hurts so much to see it,” she stammered – barely able to construct a coherent comment.

This was a conversation I had with a CSD staff member right after she saw, online, a large swastika displayed in photos of the DHS production of the “Sound of Music.”

There’s been a lot of critique regarding Dr. Fehrman’s newsletter comments about the Swastika symbol used during a pivotal scene in the “Sound of Music,” a moving and engaging musical recently put on by the DHS Music and Drama departments.

As Mari Ann Banks, I understand the passion many feel for this musical. It is on my list of all-time favorites, and its themes are exceptionally pertinent at this point in history. I still sing “My Favorite Things” to bolster my spirits on a bad day, and my heart still stops beating as Maria and her children hide in the abbey. Further, DHS students put a great deal of effort into what was an excellent production, and we are proud of them. We also acknowledge that our teachers work much harder than we will ever know to bring the arts to every CSD student.

As CSD’s Equity Director, however, I was disappointed that so many in our community were unwilling (or unable) to see Dr. Fehrman’s Friday Follow-Up statements as what they were – statements of fact and personal opinion about a hateful symbol. Nothing more. Specifically, her statements noted “the inclusion of a swastika in the student musical,” noted her personal belief that “symbols of oppression are never acceptable in any context,” and concluded with the fact that the presence of the Swastika was “harmful to students, members of our community, and to CSD staff members.”

Many of the letters we received in response to her comments were confusing. Passionate authors touted the play’s historical significance, the powerful statement made at a pivotal moment by tearing down a hateful symbol, and the excellent work done to prepare students to engage with such historically significant issues, including meeting with a Holocaust survivor who watched the play and complimented the students involved. Other responses made comments and assumptions regarding whether Dr. Fehrman had seen the musical – as if seeing it may have provided a different perspective.

So, much passion and so many comments, yet, none addressed the actual issue that Dr. Fehrman brought forth. None of them acknowledged that the “Sound of Music:”

— was preceded by student education and audience preparation,

— was an outstanding student production,

— was lauded by a Holocaust survivor,

— that the presence of a large Swastika during the play deeply injured some of our Jewish students and staff.

These facts are not mutually exclusive, nor does one set of facts cancel out the other. Both perspectives can be true at the same time. Historic supremacy and hate don’t have a hierarchy.

The same things don’t hurt all people. Due to our privilege in some areas, we are often completely unaware of the injuries that our actions may cause. Nonetheless, when we learn that people are injured, we can each pause in our knee-jerk reaction to defend what we hold dear, listen to their concerns, and care enough to do something. Sometimes we do something big – like voting rights or marriage equality, and other times the task may be small, like covering up what we know is a symbol of hate because people have been hurt by it and want to feel like their perspective matters.

DHS couldn’t present the “Sound of Music” to our community at a more appropriate time. According to the Anti-Defamation League, 2021 was the highest year on record for documented reports of harassment, vandalism, and violence directed against Jews. More recently, high-profile entertainers have openly spouted antisemitic tropes, and Former president Donald Trump had an outspoken Holocaust denier to dinner. Beyond these headlines, there’s been a steady global rise in authoritarian regimes and the number of hateful incidents directed at Jewish people over the past several years.

Like many of us, I have watched with horror as swastika flags wave during increasing white supremacist demonstrations across our country. I am not Jewish, so I can only imagine the fear and abject horror Jews must have felt seeing swastika flags fluttering through the halls of our nation’s capital. This symbol means the same thing now, here, today, as it meant in 1939 – hate, dehumanization, and oppression. Given that truth, are we surprised that some Jewish people may not wish to see it or may feel harmed by its presence?

If we can understand that truth, speaking back to Dr. Fehrman’s critique of the symbol with irritation, anger, frustration, or accusations of denigrating a play that she never actually maligned, only centers ourselves and elevates our interests over the pain of others.

Suppose we wish to make the point through the “Sound of Music” that regimes like Nazism are evil and should be eliminated. What makes that point more strongly than acquiescing to the expressed needs of Jewish people who clearly said, “the swastika is a symbol of that evil and it should be eliminated?” If even one person is injured, is it really too much to ask that we remove that horror from a place of prominence, such as the stage of our production of the “Sound of Music” in response? Why would we resist?

Beloved CSD community, no one’s saying it wasn’t an excellent play because it was. No one’s saying that our teachers and students don’t deserve all the accolades we have to give – and more – because they do. The statement made in this case is only that we harmed people, we shouldn’t do that, and, using a symbol of hate and oppression as a gesture against hatred and oppression – is not more important than the hate and oppression that was actually experienced by some of our colleagues, students, community members, and friends.

As a member of a department that fights for equity for marginalized populations daily, I see CSD’s struggle toward equity in Dr. Fehrman’s words and laud her bravery in speaking up on behalf of the marginalized voices in this matter. As Elie Wiesel, a Holocaust survivor and Nobel Prize-winning author of Night said, “We must always take sides. Neutrality helps the oppressor, never the victim. Silence encourages the tormentor, never the tormented.”