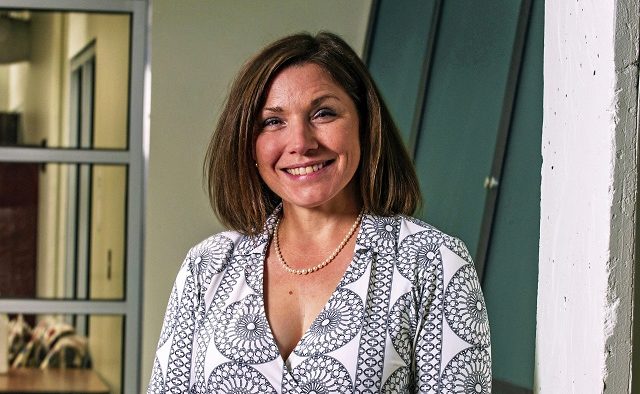 Editor’s note: This letter makes reference to two separate issues in the City Schools of Decatur community. One is the use of a racist slur by a teacher at the high school. The other is the use of Nazi imagery in the high school production of “The Sound of Music.” Both were conflated in a recent letter published by Superintendent Maggie Fehrman on Dec. 16. Her letter said:

On a more serious note, two separate situations at the high school occurred over the past two weeks that involved a racial slur used by a staff member in front of students and the inclusion of a swastika in the student musical. As a white woman and an anti-racist, I believe racial slurs and symbols of oppression are never acceptable in any context. As the superintendent for CSD, I am committed to addressing and interrupting racism where and when I see it.

Decatur Performs, a nonprofit organization supporting arts in CSD, wrote the following letter in response to Fehrman’s comments. If you would like to submit your own letters to the editor on these topics, you may do so by emailing [email protected]

This letter is written by the Board of Decatur Performs, a non-profit organization established to support the performing arts in the City Schools of Decatur, with direct support provided to Beacon Hill Middle School and Decatur High School. The Board is comprised of parents, teachers and community members who support all disciplines in the Performing Arts through individual and corporate sponsorship, production and hands-on service.

Superintendent Dr. Maggie Fehrman wrote a letter to the Decatur High School community on Friday, December 16, 2022, condemning and erroneously linking two unrelated matters at the high school. One incident involved the use of a racist word within the classroom; the other matter involved the use of Nazi swastikas in the context of the student production of the well-known musical, “The Sound of Music,” which is set during World War II.

The critique came a week after the ten-day, eight-show run of The Sound of Music closed. This widely known production, originated by Rodgers and Hammerstein, and brought into every home by the soaring vocals of Julie Andrews and Christopher Plummer in the movie version, is set in Austria as the Nazis invaded that country and forced into compliance all military officers, including the story’s main character, Captain Georg von Trapp. This true story is a delightful and painful portrayal of love and loss, fear and hope in the face of one of the most oppressive regimes the world has ever known. It remains beloved throughout American households for its unique ability to embrace beauty in the midst of change and to find one’s voice under oppression.

It was an honor and a privilege to be granted the rights to produce the show and we marvel at the depth and breadth of talent in our schools that allowed for the Musical Theatre department to stage the production with two full casts.

In his 1905 work, The Life of Reason, George Santayana proclaimed, “Those who cannot remember the past are condemned to repeat it.” Later paraphrased by Winston Churchill in a 1948 speech to the House of Commons, Churchill predicted, “Those who fail to learn from history are condemned to repeat it.” Santayana’s statement, a bit more nuanced, reminds us that we must not confuse the reasons for why some things ought not be spoken aloud with the necessity to tell and retell our stories with accuracy and thoughtfulness.

The Board of Directors of Decatur Performs fully agrees that racism, bigotry and use of racial slurs or harmful symbols should not be tolerated, when purposefully used for harm.

However, in education, in the Arts, and as those entrusted with the nurturing of future generations, we cannot tell the stories of our past to a redemptive end without portraying the bigotry, racism and sinister work that were present in the conflict.

The Arts are a unique avenue for students and patrons of their work not only to learn history, but also to engage in it. Learning a story and bringing it to life on stage inserts students into history, both fictionally and accurately.

We are deeply disturbed by your letter condemning the inclusion of Nazi symbolism in The Sound of Music by our high school students. We also find it very unfortunate that you chose to address concerns regarding the representation of the swastika in the performance with a completely unrelated racial slur.

Are you aware of the work our faculty engaged in to provide our students with a thoughtful and transformational education regarding the Nazi regime and its destructive insistence upon compliance and blind obedience to a single leader’s view of the world?

In preparation to portray the story of one family’s difficult decision to leave the security of home, the country they had served, and the land they adored, Ms. Raven Owen-Beyer, Dr. Elise Eskew Sparks, and Mr. Christopher Davis worked to ensure our students understood the story they would portray on stage. The high school students in the cast and crew, along with the faculty, were required to meet with a Holocaust survivor, read first-hand accounts, and engaged in extended conversations and discussion as to the reason why using the Nazi swastika was important in accurately representing the work of Rodgers and Hammerstein’s depiction of the von Trapp family story. Parents of the students report deep and thoughtful conversations at home after rehearsal as well. Incidentally, both Rodgers and Hammerstein were grandsons of European Jewish immigrants.

Additionally, the producers of our eight-run show worked tirelessly to ensure the audience understood the impact of the Nazi symbols, emailed all purchasers in advance of attendance following our first weekend production, published an extensive explanation in the program (inserted here at the end of this letter), and gave a verbal appeal prior to the curtain rising. In respect for those still wounded by these symbols, the few students whose costumes portrayed the swastika purposefully removed their armbands from their costumes before coming on stage for bows at the end of each show.

First-hand accounts from audience members included shock and discomfort when the Third Reich flags were unfurled, yes. However, that is the power of performance. As patrons, we are invited into an eyewitness account of the joys, sorrows, prejudices, and hopeful resolutions of the lived-experience of others, recreated onstage for those gathered to experience it. Those patrons then articulated the impact of how these symbols were utilized and how it deepened their understanding.

Cesar A. Cruz, an innovative educator in Oakland, California, was quoted by the famous Banksy, whose work adorns the wall built to divide Israel from Palestine, the bomb-ruined buildings of Ukraine, and in the midst of other angst-ridden circumstances, “Art should comfort the disturbed and disturb the comfortable.”

The replica of the red swastika-adorned flag of the Third Reich, unfurled in the second act of The Sound of Music, spoke pages of text in a powerful, speechless moment to help push the audience toward a deeper understanding of how oppressive the Nazi regime was on Captain von Trapp. It was neither excessive nor gratuitous. It was and is a pivotal piece of a story we need to continue to tell, lest we find it repeated in our own time.

I appeal to you, Dr. Fehrman, to speak with our Board of Directors, to gather more information from parents and students alike, as well as our audiences of seven sold-out shows, and realize you have done a disservice to our Arts community with your reckless letter. The negative impact of your words on our faculty members and performers is difficult to measure.

The thoughtful work and commitment to rightly and respectfully portraying this true story has been wholly undermined. By addressing your concern publicly without first speaking directly with our faculty and in conflating this hard work from our Musical Theatre program with the incident in the classroom engaging a racial slur is egregiously inappropriate. We sincerely believe you owe them a public apology and would welcome the opportunity to further explain our reasoning as soon as possible. We understand that you will be meeting with the DHS Black Racial Affinity Group on Monday about the unrelated incident in the classroom. We request that you make some time to meet with our organization as well. Please feel free to email me to set up a meeting or with any questions you might have at [email protected]

The following was sent to all ticket purchasers and included as an insert in the program:

This production of The Sound of Music uses swastikas.

“Seeing the banners appear created a gut reaction in me which, I suppose, is the point. It screams: REMEMBER and DO NOT EVER LET THIS HAPPEN AGAIN!” (-opening night audience member)

Based on the true story of a family that flees the annexation of Austria by the Nazis, our production of this musical uses swastikas. Everyone should feel uncomfortable when they see this symbol of murderous hate and bigotry. Consider leaning into that feeling as a reminder that humans are capable of terrible atrocities. Let it prompt discussions in your households about the history of the Holocaust, antisemitism and fascism. Let it urge you to greater compassion, empathy and action in your daily lives.

Our students prepared for this production through research and education by these incredible organizations, as well as the life-changing presentation from Holocaust survivor, Mr. Hershel Greenblat. If you would like more context around the history of the Holocaust and the unspeakable crimes against humanity that the Nazi party committed please contact:

The Georgia Commission for the Holocaust: (www.holocaust.georgoa.gov)

If you feel so moved, please consider making a donation to the Breman Museum or the Southeast Chapter of the Anti-Defamation League to support their efforts in the fight against antisemitism (www.Atlanta.adl.org)

Lastly, please be conscious of how photographs of our young performers in Nazi costumes or in front of Nazi banners out of context are harmful. Sharing such pictures can have long-term negative impacts for the students pictured, Decatur High School, and the person posting and seeing them can cause pain to members of our community. We ask that you refrain from taking these photos or posting on social media. If you have already posted them, we ask that you take them down as soon as possible.