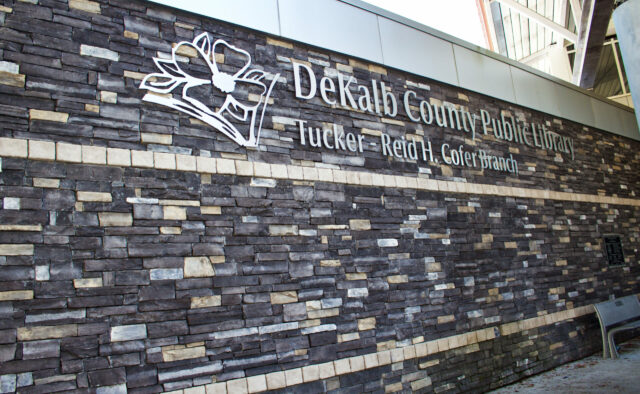 Reid H. Cofer Library in Tucker. The libary is one of the county's water distribution sites for residents affected by the December 2022 water main break. Photo by Zoe Seiler.
Share

A boil water advisory remains in effect for parts of DeKalb County. More information on that appears at the end of this article. DeKalb is not the only Georgia county experiencing weather-related water issues. According to the Atlanta Journal-Constitution, boil water advisories were also implemented in Clayton, Forsyth, Haralson and Monroe counties.

Based on Decaturish.com’s review of announcements from DeKalb County, the area saw 14 water main breaks. The county’s latest alert included two reported water main breaks for the first time on the afternoon of Dec. 27. When Decaturish asked for the county to confirm the number of breaks in DeKalb, county officials reported two additional breaks under investigation, bringing the total to fourteen. 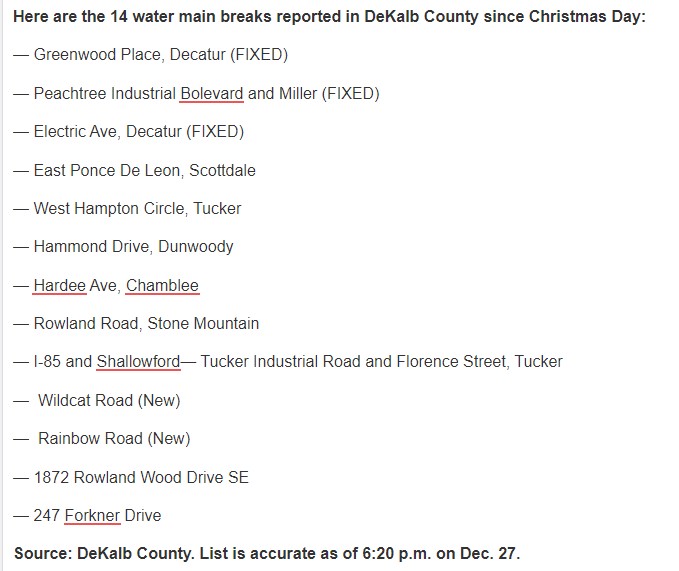 “While these repairs are ongoing, customers may experience low to no water pressure,” a press release from the county says. “To serve customers affected by these water main breaks, DeKalb County has opened four sites to distribute water.”

Water is available at the following locations:

A boil water advisory is in effect for the following areas:

— Area 1, which is south of Henderson Road, north of Rockbridge Road, east of I-285, and west of the DeKalb/Gwinnett County line 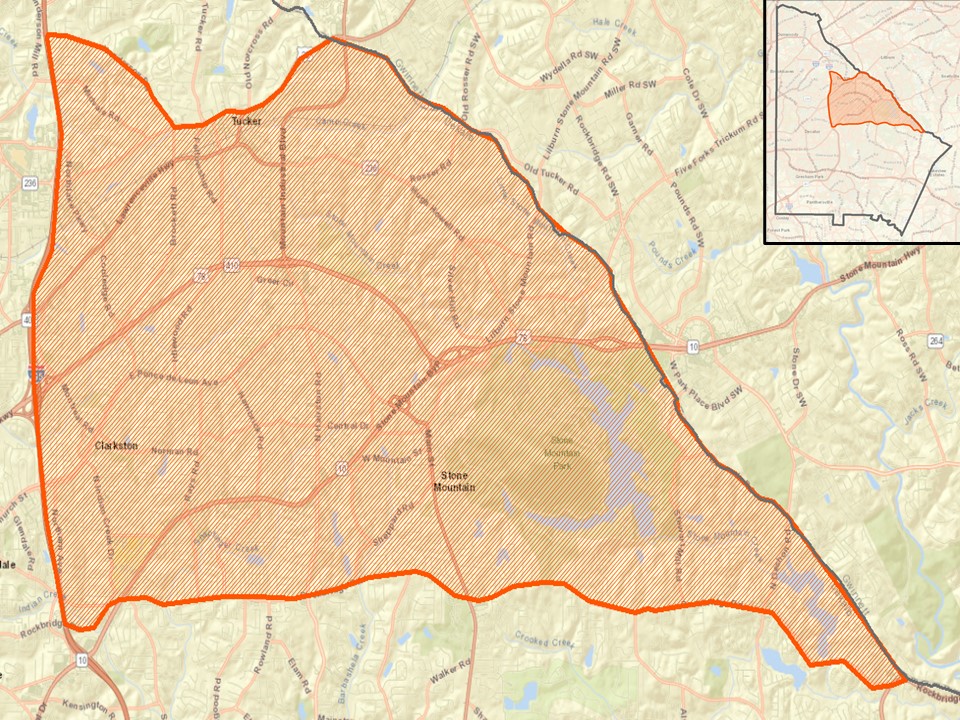 — Area 2, which is south of East College Avenue, north of Linecrest/County Line Road, east of City Atlanta border and west of I-285. 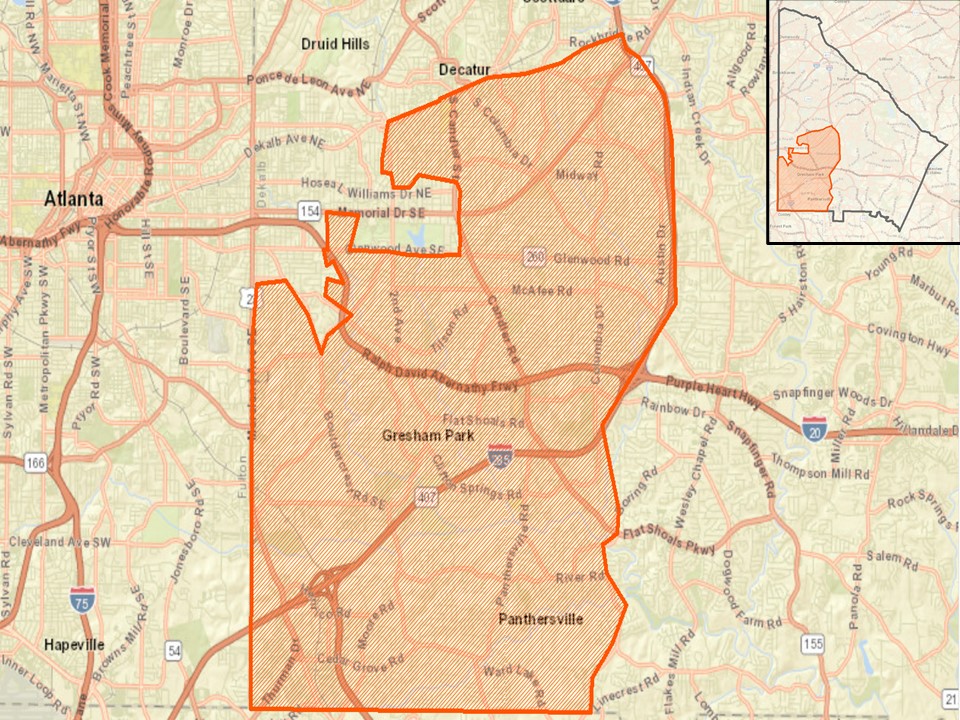 “In an abundance of caution for our citizens and to protect the public from any potential health hazards, residents in the affected area are being asked to boil water for at least one minute after water comes to a rolling boil prior to drinking, cooking or preparing baby food,” the press release from the county says. “This advisory is expected to be in place at least until further notice. The county will continue to send updates as information becomes available. For more information, contact the DeKalb County Watershed Department at 770-270-6243.”

The county was slow to confirm the water main breaks that were first reported on Christmas Day following freezing temperatures in our area. After calls from frustrated residents concerned about low water pressure and numerous media inquiries, the county began acknowledging and working to repair the issues.